Are ‘anti-virus’ cars in China just a gimmick? 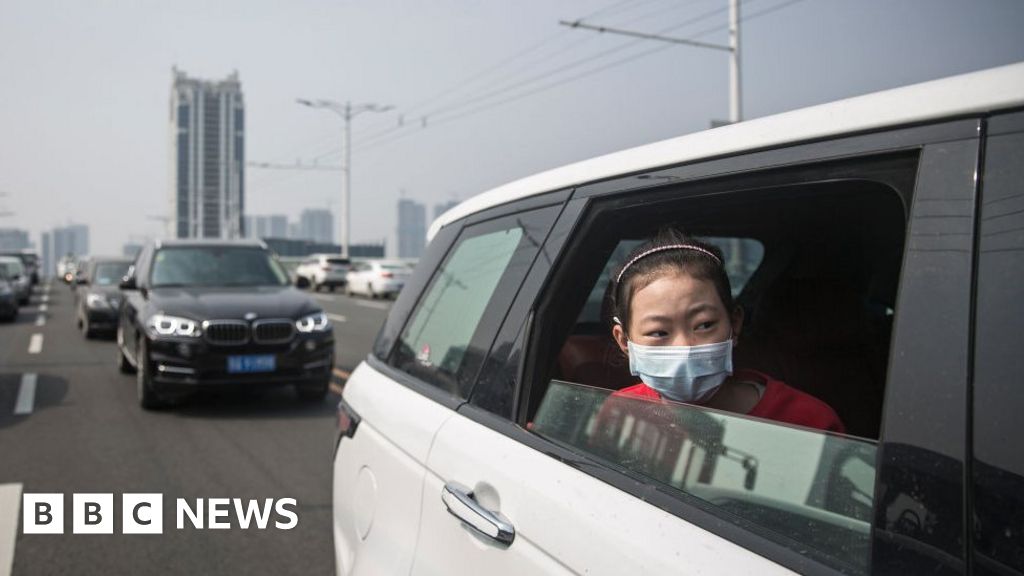 Car makers in China are tapping into health concerns by launching vehicles with anti-virus features.

New models aim to provide the same level of protection inside the cabin as wearing a face mask.

Some of the country’s biggest carmakers have launched new cars with such features including Geely, which also makes London black cabs.

China saw car sales plummet in the first quarter of the year amid a nationwide coronavirus lockdown.

Geely was the first brand to launch anti-virus features, building on earlier work it was doing to appeal to motorists worried about air pollution in big cities.

Geely is also developing anti-microbial materials to keep its car controls and door handles free of bacteria and viruses.

“Consumers spend a considerable amount time in their cars, akin to a ‘second home’. Only by making healthier products can we meet consumer demand for better quality of life,” said a Geely spokesman. “

Developing features to protect the health of drivers and passengers will become one its “key long-term development objectives.”

As part of Geely’s “contactless” new car delivery it is using drones to pass keys to new customers, directly to their door or balcony to further limit interaction with staff.

SAIC, which owns the iconic British motoring brand MG, has added an optional feature of an ultraviolet lamp to sterilise air going through the car’s air conditioning system.

Rival car maker Guangzhou Automobile, known as GAC, is offering a new three-level air filter system on many of its new models.

“There is a definite focus on building health-wellness-wellbeing features in cars. The development of these features was already in the offing but Covid-19 has provided more impetus,” said Vivek Vaidya, a mobility expert at Frost & Sullivan.

Not only do such features address current hygiene and health issues but could be key differentiators for brands and models he believes. “This won’t be limited to China, but a global trend.”

However, Shaun Rein, managing director at the China Market Research Group, disagrees: “Companies are trying to take advantage of fears of Covid-19 to sell products and services to consumers and to be able to charge a premium.”

In 2015, Tesla sold cars with anti-pollution filtration systems that were very popular in China. Its “Bioweapon Defense Mode” was aimed at people worried about air pollution in cities.

“Auto makers are now trying to position their cars as safe against viruses too. I’m no doctor or scientist, but I’d warn consumers to be cautious of any company saying their products reduce virus transmissions, especially Covid-19 ones,” Mr Rein said.

Earlier this month paint company Nippon said it had developed an antivirus coating to protect people from picking up infections from surfaces, although it didn’t specifically name the coronavirus.

The Japanese firm said its new VirusGuard paint is designed to be used in hospitals and donated some to four hospitals in Wuhan, the epicentre of the virus outbreak.

It comes as Chinese carmakers saw sales slumped more than 80% in February, the largest decline in the past 20 years. While March car sales saw a slight recovery, they still dropped by 43% compared to the same month last year.

“With physical distancing and home isolations already ingrained in our minds, it is understandable that people will err on the side of caution and will now prefer to travel in their own car instead of public or shared transportation. This will drive demand for cars,” said Gianfranco Casati, chief executive for Accenture growth markets.

The Chinese government has also been helping to boost car sales such as extending rebates for electric vehicles and for trading in older cars with high emissions.

“Our analysis suggests it would take about three years for the car sales to bounce back to pre-covid-19 levels,” added Mr Vaidya.