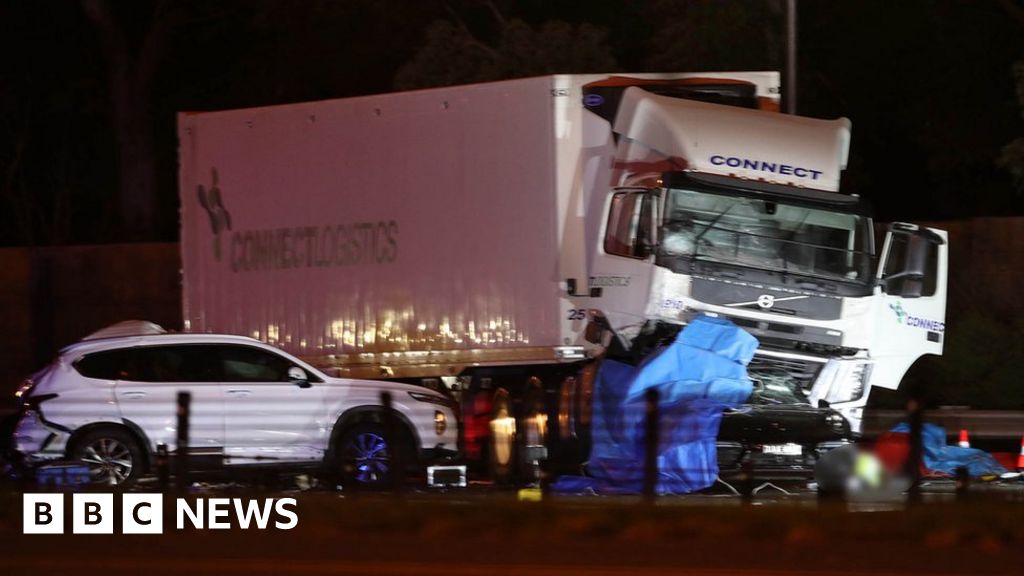 Four Australian police officers have been killed in a crash involving a lorry in the city of Melbourne.

The police chief for the state of Victoria said it was the worst loss of life in the history of the state’s police force.

Officers had pulled over a car for speeding on a motorway when the lorry ploughed into them, officials said.

The driver of the car – a Porsche 911 sports car – fled the scene and is being sought by police.

Victoria Police Chief Commissioner Graham Ashton said the lorry driver was under guard in hospital and would be tested for alcohol and drugs.

He said the incident happened after two of the officers pulled over the Porsche on to the hard shoulder of Melbourne’s Eastern Freeway near Kew on Tuesday at about 17:40 local time (08:40 GMT).

They decided to have the car impounded and called for other officers to assist them.

Two more officers then joined them and all were standing out of their cars when the refrigerated lorry drove into them and the Porsche, Mr Ashton told reporters. The car driver, who was not believed to have been injured, fled the scene on foot.

Mr Ashton said the lorry driver was not yet able to answer questions.

Dan Andrews, the Premier of Victoria, hailed the officers as “heroes” who had lost their lives in the line of duty.

Wayne Gatt, secretary of the state’s Police Association, said the tragedy was “a brutally sad reminder” of the dangers faced by police “every minute of every shift”, ABC News reported.