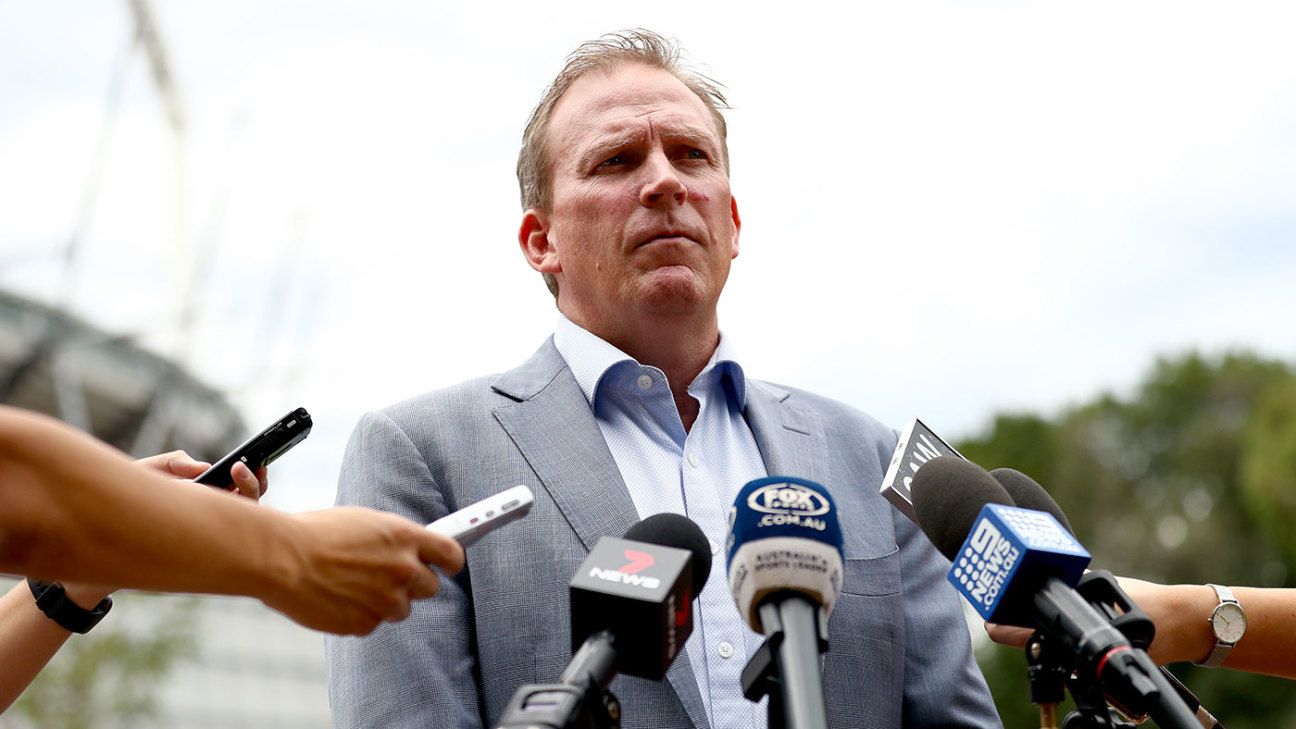 Savage 80% salary cuts and stand-down orders for all but a handful of Cricket Australia staff until the end of the financial year were forced partly by demands from banks, for the governing body to drastically scale back its costs in order to be considered for an A$200 million [US$126.5 million approx.] line of credit.

Last October, at its AGM, CA reported cash reserves of A$26 million [US$ 16.4 million approx.] plus an additional A$90 million [US$56.9 million approx.] committed in equity investments, numbers that have been hit severely by market downturns and have served to hurt the board’s financial position as it deals with the banks.

CA is also closely monitoring the health of its major broadcast partners and, by extension, cash providers Fox Sports and Seven, with daily discussions between the organisations about how to progress. At this point, Fox and Seven have maintained their regular payment instalments to CA, as part of a six-year, A$1.18 billion [US$ 746.1 million approx.] broadcast rights deal signed in 2018.

CA has been seeking A$200 million in credit from the banks for some weeks, with these latest measures devised partially to help convince financial institutions that the board and its management have done all they can to pare the business down to critical functions out of season.

There has been considerable dismay among some CA staff as they digested news of the stand downs and salary cuts over the past 24 hours, after chief executive Kevin Roberts had previously indicated that the organisation would largely be able to absorb the shock of the Covid-19 pandemic and its associated financial downturn “into the business”.

“We’ve been assured we’ve just got to make sure we come up with some really constructive feedback on how we can save some money going forward, but the expectation at the moment is that CA as a business can absorb this,” national women’s team coach Matthew Mott had said last month. “Obviously the longer it goes on, it’s going to put more pressure on everyone.

“I haven’t got a crystal ball, I don’t know how long this is going to last, nor does anyone, but in the short to medium term we’ve been assured that we’ve got enough equity and agility within the business to be able to absorb it, and we just need to be smart and pretty clinical about how we prepare and get our players ready.”

ALSO READ: ‘It would be a strange feeling’ – Alex Carey on possibility of closed-door T20 World Cup

Some staff have been mystified as to how CA only have enough cash plus reserves to pay 20% of wages until end of June when they weren’t spending in that time, still getting broadcast instalments and have saved cash on cancelled tours to New Zealand, South Africa, Bangladesh and a likely postponement of a tour of England.

CA insists that staff have been kept in the loop about decisions and the potential need for stand downs even though the organisation was gifted the chance to tackle the virus at the very end of its home season, in contrast to Australia’s winter football codes and also the English and Indian boards facing delays to the northern summer and the IPL, respectively.

Nevertheless, CA has a range of expenses that generally hinge on year-to-year revenue from the regular cricket programme, including annual distributions to state associations that in some cases are in wildly contrasting positions. The South Australian Cricket Association has been among the worst hit due to its Adelaide Oval lease agreement and reliance on football revenue, while other states such as New South Wales are believed to be better off.

Roberts told staff via videoconference on Thursday that the vast majority of them would be stood down on 20% of pay until July, with executives and a skeletal staff retained on 80% of their regular salaries. Staff were informed late on Friday afternoon about who would stay and who would be stood down, with handovers to take place next week.

It is believed that further discussion of CA’s likely scenarios to return to work in July will also be shared with the staff next week, with variations in the number of employees and contractors coming back on board to depend on how numerous issues related to coronavirus have progressed.

At the same time, CA is in discussions with the Australian Cricketers’ Association about contracts and various measures inked into the MoU signed in 2017 that afford male and female players a fixed share of Australian Cricket Revenue.

“It only happened yesterday, don’t think I’ve spoken to any of my team-mates about it. We know the ACA and CA are talking and they are obviously going to have the best outcome for the players and the partners as well,” allrounder Ashleigh Gardner said on Friday. “All we know is that CA have to announce the next contract list by April 30 which isn’t too far way. Once that happens we’ll probably know what’s happening for the next season but until then that’s the only details we’ve got.”