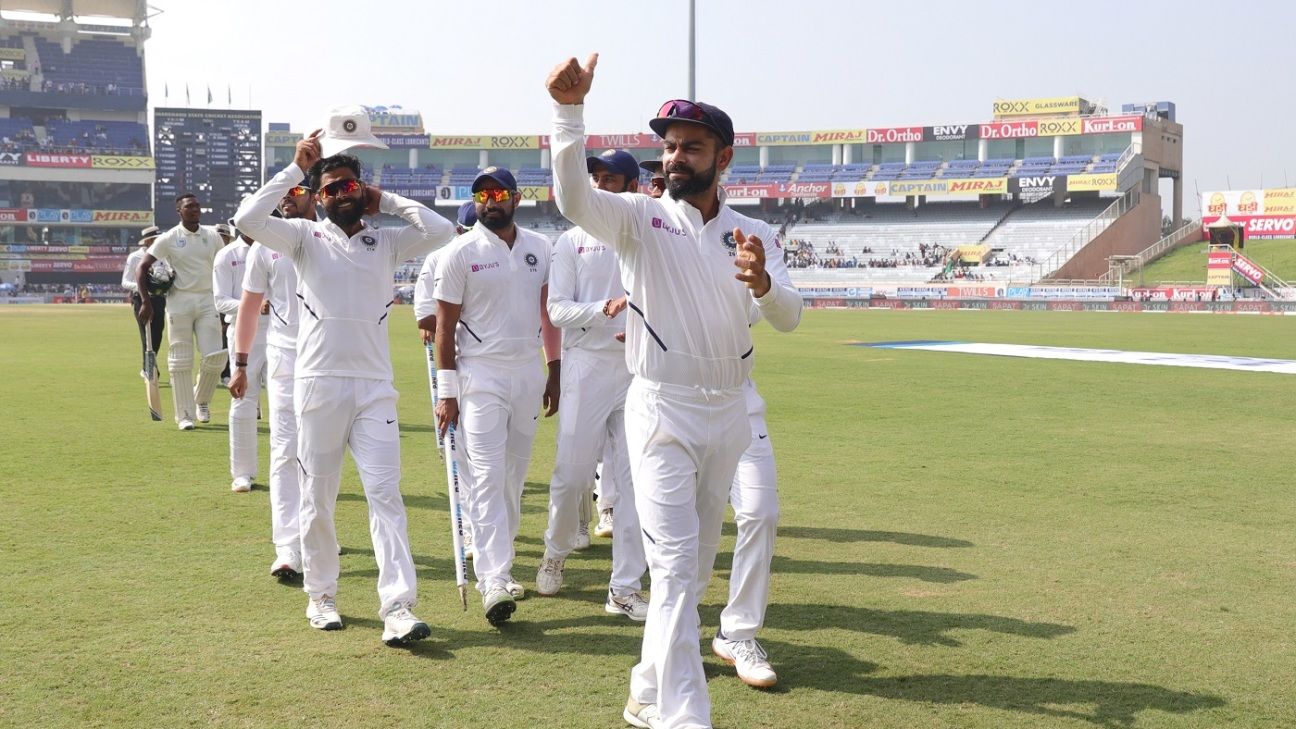 The BCCI has suggested the World Test Championship (WTC) be postponed as the cricket world grapples with a calendar vastly disrupted by the ongoing Covid-19 pandemic. India sits atop the WTC points table currently, in prime position to qualify for the final, but the suggestion was made by the BCCI as members agreed that the entire FTP through to 2023 would need to be collectively reviewed “with a view to rescheduling as much of the cricket that has been postponed due to COVID-19 as possible.”

As expected, no big decisions were taken at the ICC convened Chief Executives’ Committee meeting via conference call, but the CEC did agree that both the T20 World Cup (scheduled to be played in Australia in October-November) and the 2021 Women’s ODI World Cup (to be played in New Zealand next February-March) for now remain on course. What has been agreed upon is that there will be regular updates, possibly once a month, to discuss the status of the T20 World Cup – an acknowledgement that the situation remains a fast-evolving one. According to one official, greater clarity on whether or not the tournament goes ahead may not come at the next call – in four weeks’ time – but could come in the one after that, in June.

The importance of the T20 World Cup, in particular, is clear. Most of the boards in attendance rely heavily on revenue distributions from ICC tournaments and a disruption to that equation, as Ehsan Mani has warned, could have a massive financial impact on boards. But in a sign of how unusual the current situation is and the problems in hosting a global tournament within that, the meeting was given a presentation by Peter Harcourt, the ICC’s medical committee head, who said the pandemic was “full of significant risk” and that the decision-making would be that much more difficult as a result.

Harcourt struck a note of caution. “Our next step is to create a roadmap for the resumption of international cricket which will include a criteria for decision-making and a checklist for what needs to happen.

“This will consider everything from player preparation to government restrictions and advisories and bio-bubbles. The scale and complexity of getting cricket started again cannot be underestimated particularly with respect to a global event. The more teams, venues and cities involved in an event, the greater the risk which has to be assessed and managed.”

And though it is drawn out over a two-year period and essentially played bilaterally, as opposed to a one-off event, a decision on the WTC will also not be easy or be made quickly. ESPNcricinfo understands the BCCI was the only board of the view that the WTC should be put off for the time being until some sense of normalcy returns.

It is not clear why Jay Shah, the BCCI secretary on the call, made the suggestion, midway into a league where each team plays six series in a two-year cycle with a maximum of 120 points per series at stake. Not all teams have played the same number of series and some, like West Indies and Bangladesh, have only played one series so far.

Geoff Allardice, the ICC’s general manager cricket, is understood to have noted that it would be better to wait for later in the year, once there is a better understanding of how much international cricket has been disrupted, before reviewing and rescheduling both the WTC as well as ODI Super League, which is the pathway to qualify for the 10-team 2023 men’s ODI World Cup.

It could be, in fact, that the ICC wait until October, by when the fate of the T20 World Cup will be clear, before taking a final call on both the WTC and the ODI League, both of which were started by the global body to provide context to bilateral five-day and ODI cricket respectively.

“There was agreement that the disrupted FTP programme would need to be collectively reviewed through to 2023 with a view to rescheduling as much of the cricket that has been postponed due to COVID-19 as possible,” the ICC said. “Discussions and decisions on this and the future of both the World Test Championship and the ICC Men’s Cricket World Cup Super League will be held at a later date when there is a greater understanding of the impact of the cricket that has been lost on the competitions.”

The meeting was attended by the chief executives of the 12 Full Member countries and three Associates, as well as Manu Sawhney, the ICC CEO, Allardice and Chris Tetley, the ICC’s head of global events.