‘Can everyone stop using the internet please’ 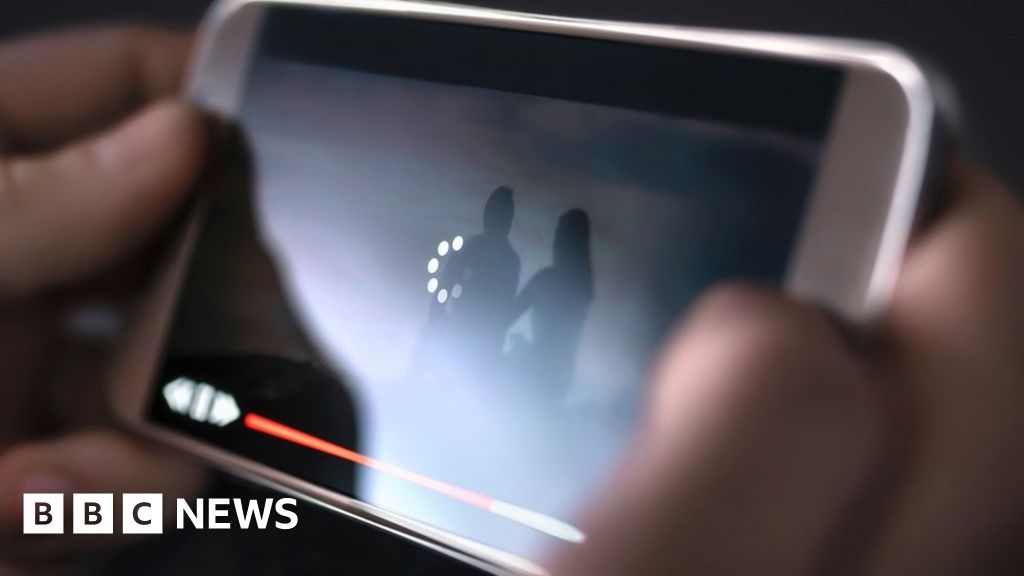 Households across the country are finding their broadband connections pushed to the limit as families in lockdown try to work, educate and entertain themselves online.

During a recent video-conference, MP Julie Elliott made a plea to the culture secretary for a faster rollout of fibre broadband for her Sunderland constituents. As she was doing so, her own broadband connection failed, something the chairman of the DCMS committee described as “ironic”.

In theory, 95% of premises should be able to access superfast broadband but take-up of services remains low. This might be because people find their current speed sufficient for their needs, do not want to pay or simply haven’t got round to upgrading.

For those wanting to upgrade now, there could be a wait. BT told the BBC is was prioritising new broadband connections for the “vulnerable and those most in need”.

According to Ofcom, 189,000 properties are on speeds of 10Mbps (megabits per second) download and 1Mbps upload or less – for both fixed and wireless.

Adelana Carty, broadband expert at Uswitch.com, thinks it is too low for lockdown. “Some video-calling services say they only require broadband speeds of 1.2Mbps, but at this level the picture quality is likely to be extremely patchy and the audio may cut in and out – especially if there are many people on the call.

“Streaming TV services like Netflix say you need a 3Mbps connection for standard quality, and 5Mbps for HD, but you’re likely to find that the picture is constantly buffering at these speeds.

“Connection issues also arise when multiple devices use the internet simultaneously, so if required, it may be worth setting up a rota, especially when it comes to streaming or gaming online.

Such a rota may be the only option for Sam Kirkpatrick, who lives in rural Northern Ireland, and who says the idea of sharing the internet with his wife and two teenagers is “simply out of the question”.

“On a good day, my broadband runs at about 2Mbps (not a typo – I genuinely mean two). I’ve seen various fibre rollout plans over the years and my postcode has been included but we’ve not been upgraded yet.

“We have paid for an additional 4G service for a couple of years now, which is much faster when it works but much less reliable and more prone to contention/packet dropping than the fixed line. The quality of it has definitely degraded noticeably since lockdown started.”

Without it the family would “be in trouble”, he said, but it does mean expensive monthly bills.

Mr Kirkpatrick is a software engineering manager, and is now working from home full-time.

“Much of my role is video calls and it struggles a bit at that stage. Often, I’ll have to disable video and rely on audio only to save bandwidth. Or even forget about the calls and try to use messaging instead, which just isn’t the same. Downloading large payloads, which I have to do often, is a challenge.”

The others in the house have to rely on the 4G.

“This gets us by for schoolwork and my wife’s work. Even then, we’re limited to maybe one person streaming at any one time.

“It’s a regular occurrence in our house to hear shouted: ‘Can everybody stop using the internet for a while, please?’ so someone can download something or watch a video. On occasion, you do just have to give up and try again later or forget about it.”

‘Missing out on the craic’

The BBC was also contacted by a woman, living in a similar part of the world. She wanted to remain anonymous but pointed out that it was not just work and schooling that was affected by poor connectivity.

“Internet accessibility is difficult in rural Northern Ireland at the best of times but in lockdown with increased usage and reliance on the internet, connecting with family and friends is tough and we sometimes have to miss out on the craic because the infrastructure just isn’t there,” she said.

“It’s an additional and unnecessary strain on mental health and wellbeing when we are being asked to distance ourselves for the greater good.”

And it is not just rural locations that are suffering. Even in a city like London, people can experience problems.

Jack Maddox recently moved into a flat in the technology hub of Shoreditch, east London but says the best connection he could get installed was 15Mbps, on offer from Sky.

“It regularly sits in the seven to 10 range. I couldn’t believe the lack of fibre options after moving into this relatively new flat,” he told the BBC.

“It makes trying to do client video calls or even ones to family and friends infuriating. I often end up moving closer to the window and tethering my phone, which isn’t great either.”

For some though, internet speed is not a problem at all. Jersey already offers full fibre to all homes and now its internet providers have decided to upgrade everyone to 1Gbps (gigabit per second), entirely free of charge “for the duration of the pandemic”.