Can I get tested? 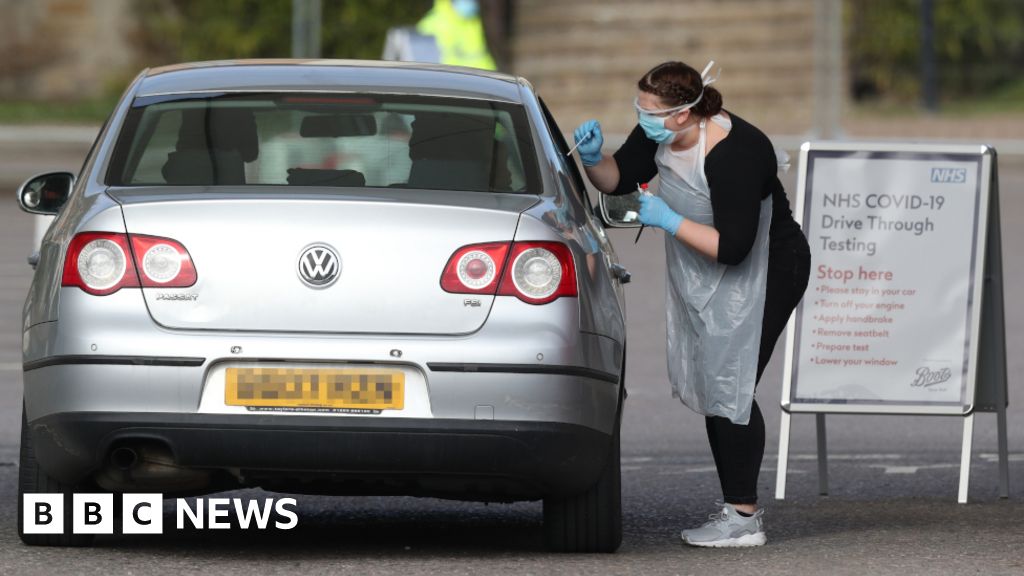 The UK government wants to do 100,000 coronavirus tests a day by the end of April, but has faced criticism for not increasing the number more quickly. By mid-April, 21,000 tests were being conducted a day, on 14,000 people.

So what are the tests and why has it been difficult to do more?

What coronavirus tests are there?

The tests currently being used in UK hospitals are to see if somebody currently has Covid-19.

They are being carried out in hospitals and at 26 drive-through testing centres across the country.

These are done by taking a swab of the nose or throat, which is sent off to a lab to look for signs of the virus’s genetic material.

The other type of test the government wants to use is an antibody test. These are done to see if someone has already had the virus.

They work by looking for signs of immunity, by using a drop of blood on a device, a bit like a pregnancy test.

The UK government has not yet found any that are reliable enough to use.

There have been suggestions the UK government did not act quickly enough, as countries like Germany and South Korea – which have been able to test far more widely than the UK has – rapidly stockpiled kits and made the test available to a larger number of labs.

At first, Public Health England was only using its own eight laboratories, later expanding to a further 40 NHS labs. It was only at the end of March that the government said it would work to involve more laboratories from universities, research institutes and private companies.

As well as lab space and people to do the swabs, UK testing efforts have been held back by challenges in getting hold of swabs, testing kits and reagents (a vital chemical).

The government has been trying to ease a shortage of reagents by getting pharmaceutical companies GlaxoSmithKline and Astrazeneca to make them in the UK.

The UK did not start with the resources to do mass testing, unlike some other countries.

Health Secretary Matt Hancock said: “We have the best scientific labs in the world but we did not have the scale. My German counterpart for instance could call upon 100 testing labs ready and waiting when the crisis struck.”

But the government also took a different approach to others at the beginning of the crisis, using a smaller number of labs and keeping more control centrally.

Why is testing important?

There are two main reasons for testing people – to diagnose them individually, and to work out how far the virus has spread.

Having this second piece of information could help the health service plan for extra demand, including on intensive care units.

Testing could also inform decisions around social distancing measures. For example, if large numbers of people were found to have already been infected, then a lockdown might become less necessary.

And not testing more widely means many people might be self-isolating for no reason, including NHS workers.

Can I get tested?

Testing is not yet available for most people.

At the moment, tests are reserved for seriously ill patients in hospital and for certain key workers.

Tests had previously been available for health and social care workers who have coronavirus symptoms, or who live in a household with someone who does.

The eligibility has now been expanded beyond health and care workers to include the police, the fire service, prison officers, judges and some local government staff. Workers responsible for administering benefits can also get tests.

This means that even if you develop symptoms, you can’t currently find out if you have coronavirus unless you work in one of those roles or you become ill enough to be hospitalised.

The Health Secretary Matt Hancock has said that there is currently extra “capacity” in the system, particularly at the drive-through testing centres, because there hasn’t been “enough demand”.

But this has been challenged by some of the bodies representing key workers. A number of organisations including the British Medical Association have said that a major issue is the accessibility of those centres, as some staff face driving hundreds of miles to their nearest testing site.

A residential care home operator in Dorset said its staff faced a 240-mile round trip to Gatwick to be tested for coronavirus.

What about antibody tests?

So far, antibody tests have not proved to be reliable – but they’re still being made available in some countries.

The US’s Food and Drug Administration has authorised four of these tests for emergency use. It’s also allowing companies to sell tests without authorisation provided they have gone through their own validation process.

Local authorities in Italy have begun using antibody tests on healthcare workers, although they haven’t been approved on a national level.

The UK government has said it will not make tests available until they are assured of their accuracy. Health Secretary Matt Hancock has said that 15 of the most promising antibody tests had been tested, but none was good enough.

Tests bought from China had been able to identify antibodies in patients who had been seriously ill with coronavirus, but didn’t pick up the milder cases, according to Prof John Newton who is overseeing the UK’s testing regime.

And it’s not even clear at the moment that the presence of antibodies guarantees you are immune.

The World Health Organization’s head of emerging diseases Dr. Maria Van Kerkhove said that while these tests measure the level of antibodies in the blood, there is no evidence they can show “that an individual is immune or is protected against re-infection”.

What do I need to know about the coronavirus?