Care home testing will not be expanded in Wales 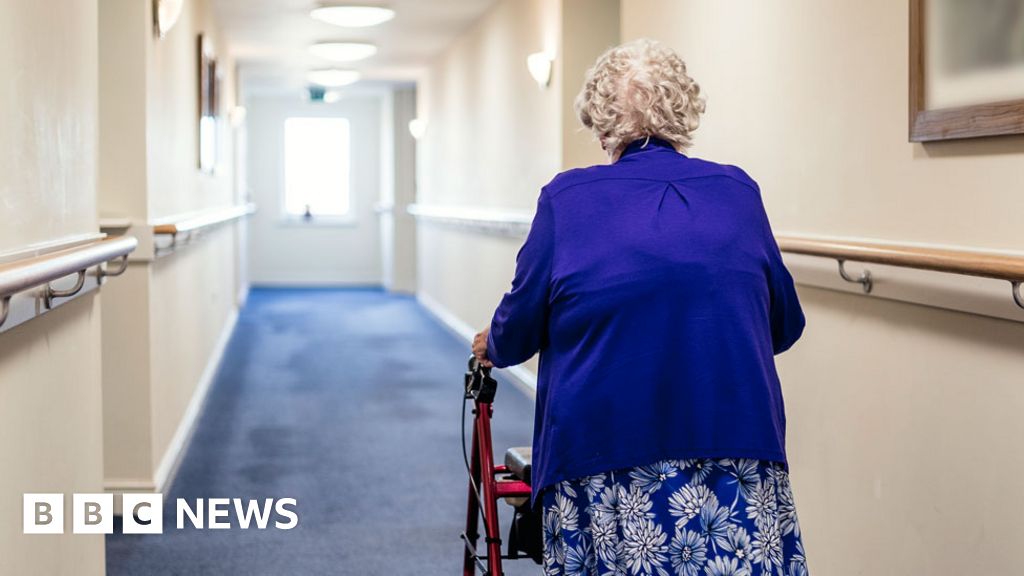 There would be “no value” to providing coronavirus tests to everybody in care homes, First Minister Mark Drakeford has said.

The Welsh NHS is testing residents and staff who have symptoms, but not those who do not.

That is not the case in England, where all residents and staff will be covered, after the policy changed on Tuesday.

There have been at least 184 deaths so far in Welsh care homes.

On BBC Radio Wales Breakfast with Claire Summers, Mario Kreft of Care Forum Wales, alleged that the sector was being seen as “collateral damage” in the UK widely, as well as in Wales.

The health minister said he would never consider care homes in that way.

Who is being tested in Wales?

The staff and residents of care homes in England can now be tested for coronavirus, even if they don’t have any symptoms, while anyone over 65 with symptoms can also be tested.

But so far the Welsh Government has not made a similar announcement in Wales.

For the time being, other than people in hospital with symptoms, only critical workers with symptoms can be tested.

They include frontline staff like health workers, emergency staff, transport workers and others.

Find out who can be tested in Wales here

Mark Drakeford, speaking during a virtual meeting of the Welsh Assembly, said: “The reason we don’t offer tests to everybody in care homes… is because clinical evidence tells us there is no value in doing so.”

“Testing people who have no symptoms, today – for that to be a reliable message to them, you’d have to test them again tomorrow.

He feared doing so would “divert capacity” – but added: “We are working with the care home sector to consider a wider testing remit in those care homes where there is clearly an outbreak of coronavirus.”

Mr Drakeford said the number of tests available daily has increased to 2,100. It had been 1,800 at the end of last week.

Welsh ministers have abandoned a previous target of 5,000 tests a day by mid-April.

Speaking on BBC Radio Wales, Health Minister Vaughan Gething said in the future Wales would need a “bigger testing infrastructure” to undertake larger community testing and tracing of the virus.

But the minister added that he had “pretty clear advice” that “the best use of our testing resources is not to simply test anyone and everyone in the care home sector”.

England has set a target of 100,000 tests a day by the end of April. Mr Gething said the English NHS was “trying to meet” that target.

“We’re still targeting our resources where they’re going to make the biggest difference.”

Mr Kreft said: “We have to say, looking at the policy to date, it would appear that despite a lot of people doing great work, the care home sector in the UK and in Wales is almost seen as collateral damage.

“What we now need to do is make sure people in the care sector are protected, and in particular we need to ensure that safe discharge from hospital is effected through proper testing.”

He said a route of infection had been through people released from hospital.

Calling for all residents to be tested, Mr Kreft went on to claim Public Health Wales “have not engaged the care sector in the way they should have done early enough”.

Since all of this began, the Welsh Government has faced some fierce criticism about the lack of capacity for Covid-19.

Remember weeks ago it set a target, that was to be scrapped.

In England, we see now that the criteria for testing has been widened so that pretty much everybody in health and social care settings can request a test whether they show symptoms or not.

The Welsh Government is resisting going that far, claiming the scientific advice indicates it would not be the best use of resources.

Now on one level – there’s logic to that.

The test currently available, as I understand it, shows positive during a short period when somebody is symptomatic.

So would it be pointless testing somebody without symptoms, unless you tested them time and again?

But the question is “If Wales had more capacity, would it be testing more people?” then I think the answer has to be yes.

I think the fundamental issue here is about what happens in the weeks to come.

Experts agree when it comes to easing the restrictions and lifting the lockdown you need to have a really strong testing and tracing strategy.

People will not, I think, be able to forgive the Welsh Government if a lack of testing means either having to extend the restrictions or missing new outbreaks as they occur.

In the meantime, the different criteria on both sides of the Severn bridge will, at best, mean people are confused, or even may feel a sense of injustice.

If you’re somebody over 65 in Wales you might well ask why a similar person in England can request a test while you cannot.

We did ask the Welsh Government if we could speak today to the chief medical officer or the chief scientific adviser for Wales. Our request was declined.

Plaid Cymru AM Delyth Jewell said: “It is frankly offensive that the health minister has said that protecting care home residents and staff is not the best use of resources, when residents are dying every day.

“Care home managers have told me that they need testing in order to be able to receive the information they need to prevent the spread of the virus, so the health minister’s decision contradicts what the sector is desperately calling for.”