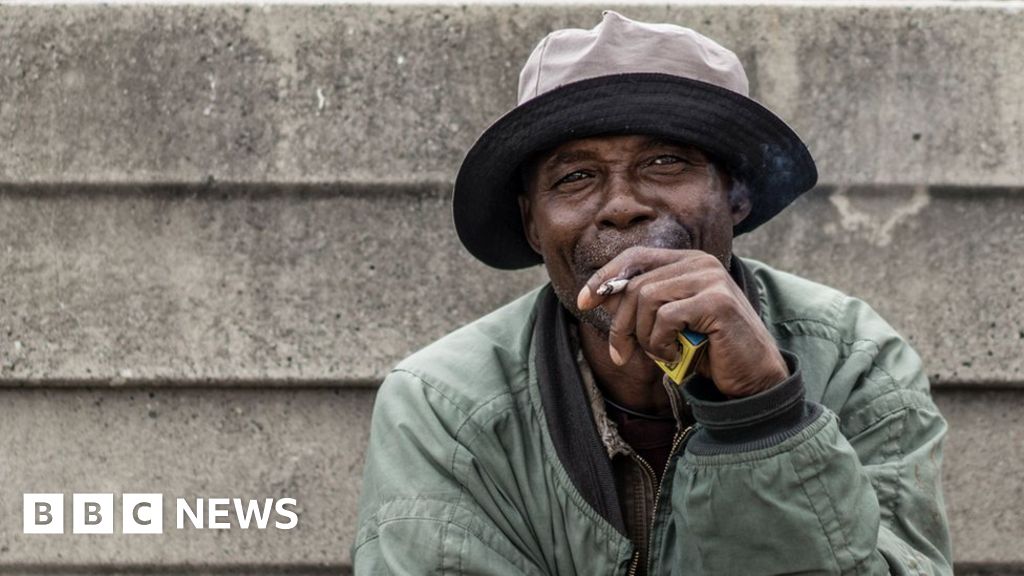 South Africa has announced an easing of some lockdown restrictions beginning next month, citing economic concerns.

But President Cyril Ramaphosa warned that most people should remain at home, public gatherings remain banned, and the country’s borders will stay closed.

From 1 May, some businesses will be allowed to reopen, and a third of their employees can return to work.

Tough rules had even seen a ban on cigarette sales but that will be lifted. Alcohol sales remain banned.

Some schools will also reopen but with strict limits likely on class sizes.

The country has some of the most stringent coronavirus lockdown restrictions in the world, but security forces have struggled to enforce them.

Most people are still being urged to stay at home.

President Ramaphosa said a month-long lockdown had been working, and had slowed the pandemic’s progress. But “people need to eat”, and to “earn a living”, he said.

He also urged people to wear masks on public transport. However at the end of his speech he struggled while demonstrating how to put on a mask, leading to widespread mockery on social media.

Under the new plans, South Africa’s alert level will drop from “level 5” to “level 4”:

All gatherings, except funerals and for work, are still banned.

Travel between South Africa’s provinces is still prohibited, and international flights are cancelled except for those repatriating citizens.

Social distancing will be enforced.

Getting South Africa back to work

The announcement that the sale of cigarettes will resume on 1 May has been welcomed by those who were angered by the prohibition since the lockdown began nearly a month ago. But many are still questioning why the ban on alcohol sales was not lifted.

In essence, South Africa’s lockdown has been extended indefinitely, with a few changes.

The movement of people is still very much restricted.

Some industries, particularly the manufacturing industry, will benefit from the partial easing of the lockdown from next Friday.

This is a very cautious approach which takes into consideration the need for the country’s economy to start working again.

The BBC’s Andrew Harding in Johannesburg says it is a precarious balancing act for South Africa, as for so many countries.

Since 27 March only essential service providers, such as health workers, financial services providers, journalists and retail workers, are allowed to continue going to work.

Businesses that provide essential services have been applying for a special permit from the government that allows their members of staff to go outside.

Mr Ramaphosa has warned of the danger of a new surge of infections. There’s already concern about new spikes in several cities, and warnings that some hospitals are nowhere near ready.

Millions of people have lost their incomes, and aid organisations warn of growing signs of desperation.