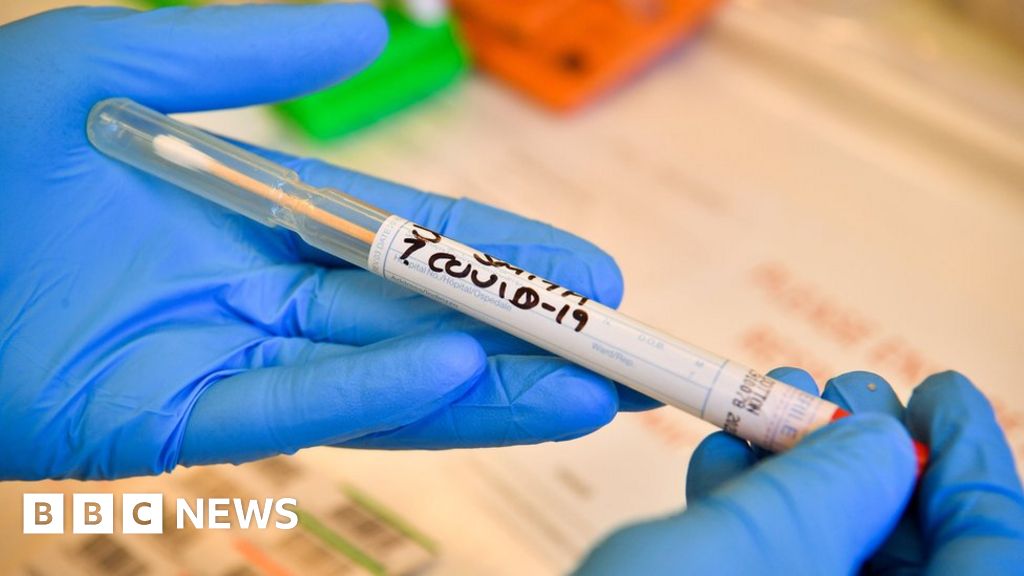 A health board failed to report daily coronavirus death figures because it used a different reporting system to one set-up for the Welsh NHS, the chief medical officer for Wales has said.

Dr Frank Atherton said the “glitch” at Betsi Cadwaladr health board had been corrected.

The north Wales NHS organisation chose not to use an electronic system set up by Public Health Wales, he said.

An investigation into the error was launched last week.

First Minister Mark Drakeford is due to receive a report on the incident later.

Opposition parties have called for him to publish the document – he told the daily Welsh government press conference he would release the conclusions.

He said he expects the discrepancy to be “put right”.

Betsi Cadwaladr has been under special measures – close Welsh Government supervision – since 2015.

On Friday, the number of deaths reported by Public Health Wales (PHW) rose by 110, taking the total to 751.

The sudden increase, compared to 17 reported the day before, was because 84 deaths were confirmed between 20 March and 22 April within the Betsi Cadwaladr health board area.

Plaid Cymru said an “urgent explanation” was needed, while the Welsh Conservatives said it “smacks of incompetence of the highest level”.

“That was to pull to pull together the numbers so that we had an accurate figure.

“Betsi Cadwaladr decided not to use that system and used a different system. That’s why there has been a glitch in the process which has now been corrected.”

He said the health board has “assured us they will submit the figures everyday. Public Health Wales will be looking across the system to make sure there are no other issues elsewhere.”

Pushed on why it was not noticed until last week, he added: “The epidemic was moving east to west and south to north, we did expect to see a small number of deaths and cases up in the north.

“It’s just that the trend was bigger than expected and that’s what triggered the question as to whether reporting was being accurately done which has lead to this review.”

‘Expect that to be put right’

PHW has repeatedly warned the number of deaths could be higher than figures showed, as they only included the deaths formally reported to them, those who died in hospitals, and some care homes, and whose tests were analysed in a lab.

Later, Mr Drakeford said the report was “likely, as we’ve heard from the chief medical officer, to point to the fact that not all parts of Wales are using the same reporting mechanism. I will expect that to be put right”.

Clwyd West Conservative Assembly Member Darren Millar said on Twitter: “People in north Wales won’t buy this explanation. Do they take us for mugs? As a health board in special measures, if there’s any NHS organisation that should be getting things right when reporting to Welsh Government, it’s Betsi.”

Plaid Cymru’s Sian Gwenllian asked: “Why did it take a month before Welsh Government and Public Health Wales realised something was wrong?”

Blaenau Gwent Labour AM Alun Davies said the error was “completely unacceptable and follows in a long line of mistakes from that health board”.

Meanwhile, Dr Atherton said he was worried people may be getting “lockdown fatigue”.

He said it did feel the case there were more cars moving around. He warned of tighter restrictions if declines in the virus’ spread were reversed.