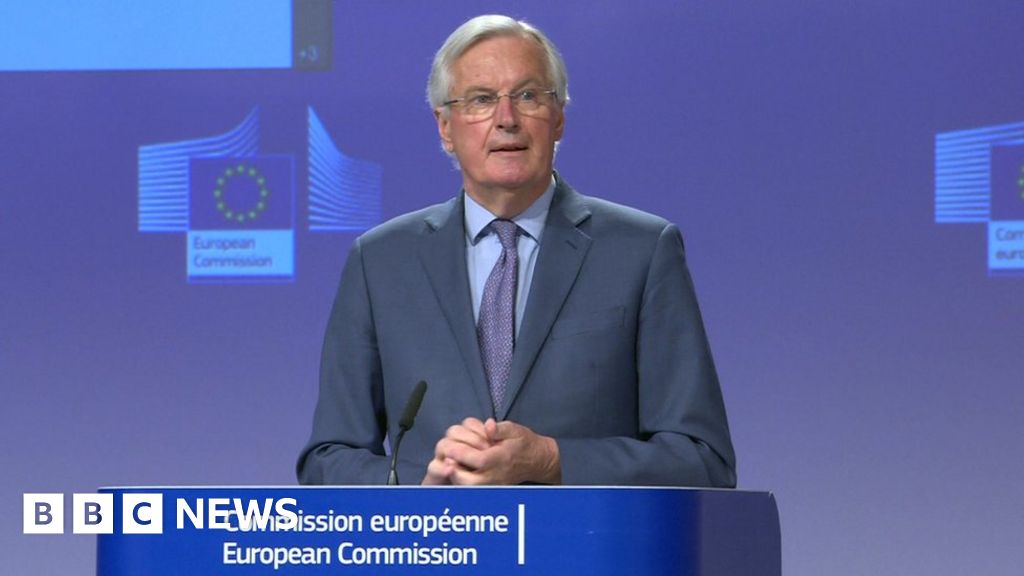 The progress made in post-Brexit trade talks between the UK and EU has been disappointing, Michel Barnier has said.

The EU’s chief negotiator told reporters in Brussels that the “clock was ticking” but said the the EU “respects” the UK’s timetable.

The two sides will hold further rounds of talks before the end of the transition period in December.

At the Brussels press conference, Mr Barnier said: “The UK has affirmed once again this week its wish to make tangible progress between now and June and we’re on the same wavelength on this and we respect the same timetable.

“That means that we need genuine progress by June if, at the end of this year, we want to strike an agreement which is commensurate to the level of our economic interdependence and geographical proximity.”

But he said there were four areas where progress was “disappointing”, including the level playing field (what kind of access the UK could have to the European single market after Brexit), justice and fisheries.

Mr Barnier said the UK negotiating team keeps repeating that they are negotiating as “sovereign equals”, but the “reality” was that an agreement was being sought between a massive bloc and a smaller nation.

The next round of talks are due to be held during the weeks beginning 11 May and 1 June.