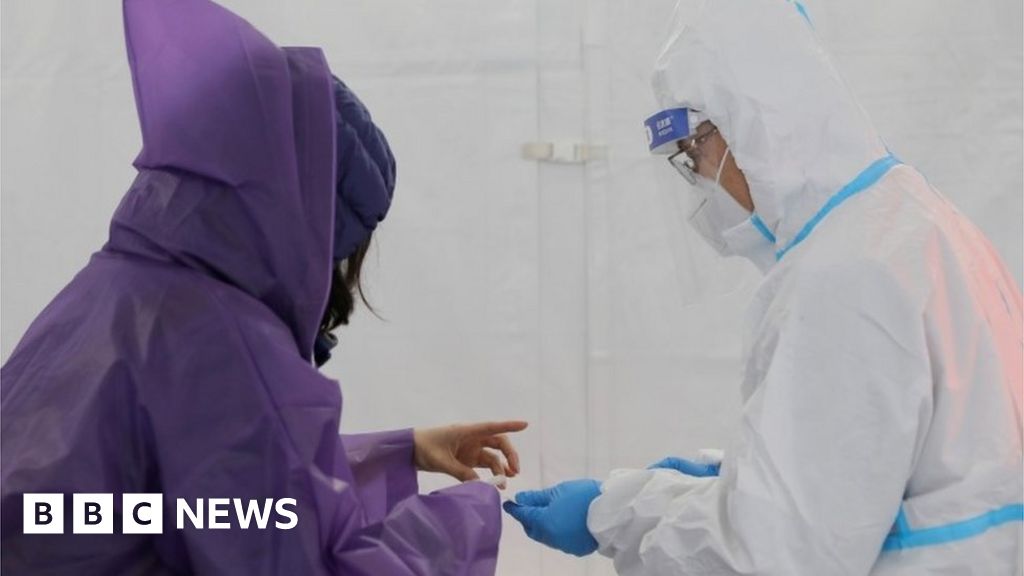 Governments should not issue so-called “immunity passports” or “risk-free certificates” as a way of easing lockdowns, the World Health Organization (WHO) says.

It said there was “no evidence” that people who had developed antibodies after recovering from the virus were protected against a second infection.

Such a move could actually increase virus transmission, it warned.

People who assumed they were immune might stop taking precautions, it said.

Some governments have considered permitting people who have recovered to travel or return to work.

Restrictions imposed on movement to stop the virus spreading have crippled economies around the world.

More than 2.8m cases of the virus have been confirmed worldwide and nearly 200,000 people have died.

What did the WHO say?

“There is currently no evidence that people who have recovered from Covid-19 and have antibodies are protected from a second infection,” the WHO said in a briefing note.

Most studies carried out so far showed that people who had recovered from infection had antibodies in their blood – but some of these people had very low levels of antibodies.

This suggested that another part of the body’s immune response – T-cells, which eliminate infected cells – may also be “critical” for recovery.

As of Friday no study had evaluated whether the presence of antibodies to the virus conferred immunity to subsequent infection by the virus in humans, the WHO said.

“At this point in the pandemic, there is not enough evidence about the effectiveness of antibody-mediated immunity to guarantee the accuracy of an ‘immunity passport’ or ‘risk-free certificate’,” it said.

The organisation also said laboratory tests to detect antibodies needed further validation to determine their accuracy and also needed to distinguish between previous infection by the SARS-CoV-2 virus – which has caused the pandemic – and the six other known coronaviruses in circulation.

Passports too risky – for now

The WHO’s guidance is based on evidence from researchers all around the world. But it could well change as we rapidly learn more about this virus.

There isn’t currently any evidence to suggest having had the virus once protects you from getting it again. So the idea of an “immunity passport”, allowing people who test positive for antibodies to have fewer restrictions, would be a very risky one.

Many countries including Germany, Italy and the UK are beginning to test samples of their populations for antibodies. In the UK, 25,000 people will be tested every month for the next year – both for antibodies, and to check if they currently have the virus.

This could provide more information about whether (and for how long) the disease confers immunity to those who have recovered. And that would give us a clearer idea about whether testing individuals and giving them some kind of immunity status might be an option in the future.

Where are ‘immunity passports’ being considered?

Last week Chile said it would begin issuing “health passports” to people deemed to have recovered from the illness.

Once screened for the presence of antibodies to make them immune to the virus, they could rejoin the workforce, officials said.

In Sweden, which has chosen to keep large parts of society open, some scientists believe people may end up with much higher immunity levels compared with those living under stricter regulations.

However Anders Wallensten from the Swedish Public Health Agency told the BBC that not enough was yet known about immunity.

“We will know more as more people are tested for antibodies, but also the more time goes on, and if more accounts of re-infection etcetera are reported,” he said.

In Belgium, which has one of the highest death rates per capita but is planning to gradually relax lockdown restrictions from 11 May, a government adviser told the BBC he strongly opposed the idea of immunity passports.

“I abhor the fact that we would give people passports, a green one or a red one, depending on their serology status,” said virologist Professor Marc Van Ranst, a member of the Belgian government’s Risk Assessment Group and Scientific Committee on the Coronavirus.

“We’re not yet sure if these antibodies indicate protective immunity against SARS-CoV-2 but preliminary data suggest they may be a reasonable proxy for this – so they are being considered to inform release from lockdown etc,” she said.