Finishing season in Abu Dhabi ‘has to be considered’ – Surrey chairman 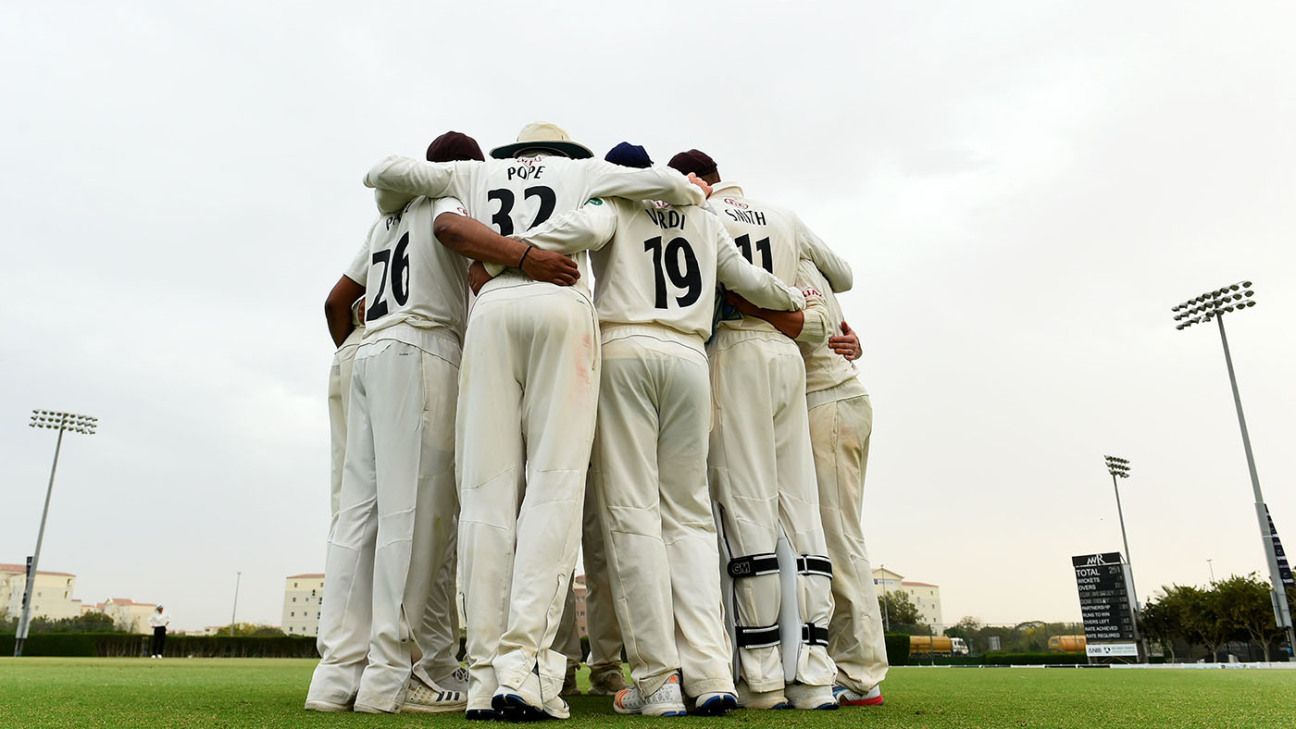 Surrey chairman Richard Thompson says that the possibility of finishing the county season in the UAE “has to be considered”, after ESPNcricinfo revealed that Abu Dhabi Cricket will offer the ECB its facilities to use between October and January.

Abu Dhabi has avoided the worst of the Covid-19 pandemic so far, with infection and death rates low following a strict lockdown, to the extent that much of the UAE could return to work as early as next week.

ALSO READ: Abu Dhabi to offer ECB use of facilities in order to extend English season

The Sheikh Zayed Stadium – which has previously staged Pakistan internationals, IPL and PSL games, and multiple county pre-season tours – has two support ovals alongside it, creating the possibility that several games could be played in a single day. The ground is broadcast-ready in terms of equipment, and costs could be reduced since it is effectively state-run via a partnership with the Abu Dhabi Sports Council.

Speaking to BBC Radio 4’s Today programme, Thompson said that stakeholders in English cricket needed to be “creative” in finding ways to stage games, with all professional cricket in England and Wales on hold until at least July 1.

“Abu Dhabi have made it clear that they could host matches if the season were to be extended. There are some challenges there, because you’ve got the T20 World Cup in Australia and some T20Is and ODIs that England should be playing in India around that time, but Abu Dhabi and Dubai are very well known to English cricket.

Tom Harrison, the ECB chief executive, said that there had been “multiple” offers to potentially take English cricket overseas in the coming months.

“It’s not limited to Abu Dhabi,” he said. “We’ve had informal offers from multiple boards as far away as New Zealand and Australia about hosting ECB cricket. Everything is on the table. The discussion around the FTP, the T20 World Cup, the IPL… there’s a huge number of moving pieces and our winter is already congested. We don’t have enough knowledge right now but it’s fair to say there will be changes to the FTP.”

While the costs of flying squads to the UAE and putting them up in hotels would be significant, counties are used to travelling overseas for pre-season tours – the majority of which were aborted this year due to the pandemic. Surrey travelled to Dubai for pre-season in 2018 and 2019, and were due to return this year.

And there is a growing acceptance at the ECB that it will be difficult to stage any cricket in front of paying spectators this summer. The UK’s chief medical officer Chris Whitty said this week that it was “wholly unrealistic” to think a return to normal life would be possible any time soon, with some form of social-distancing measures likely to continue beyond the end of the English season and into 2021.

“I’d rather [T20 Blast games] were staged in this country purely because of the gate receipts, but then if social distancing exists for another six to 12 months, and if it’s behind closed doors, then frankly it doesn’t matter,” Thompson said.

“Broadcasters are crucial to this. No governing body wants to breach an agreement with the broadcasters, so as long as it can deliver the product, it doesn’t matter where it delivers it from.

“Obviously there’s a significant cost to ship 18 counties to one location and play a tournament that way, but if that’s the only option – and I would say the Abu Dhabi option would only be looked at if there is no possibility of playing in this country – then you’ve got to be creative.”