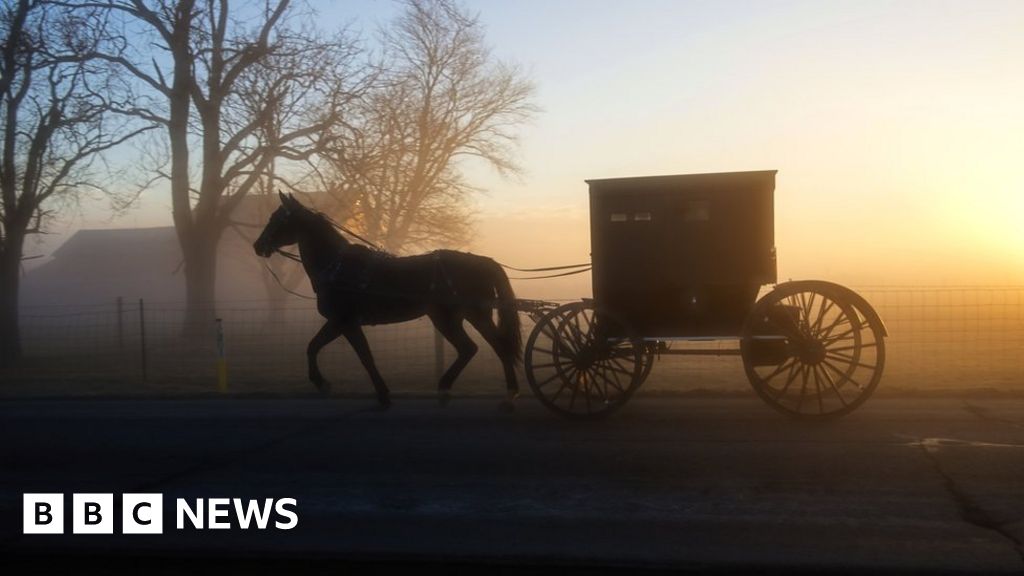 Officials in Kentucky say four children were killed and one is missing after their horse-drawn buggy was washed away while trying to cross a stream.

The Amish family of six were crossing a low water bridge when their horse was swept away by the current, police say.

The incident occurred in the Salt Lick Community of Bath County around 17:00 local time (22:00BST) on Wednesday.

As of Thursday, the National Guard and state police are still searching for the missing child.

The ages of the four children, who were siblings, has not yet been released.

Emergency workers staged themselves beside a flooded creek and searched through the night, according to WKYT-News, which reports that they were hampered by muddy conditions.

Missi Mosley and her boyfriend rushed to the scene after hearing a call for rescue on a police scanner, she said.

“The waters are so swift, and the rain was pouring down. It was just a sombre feeling.”