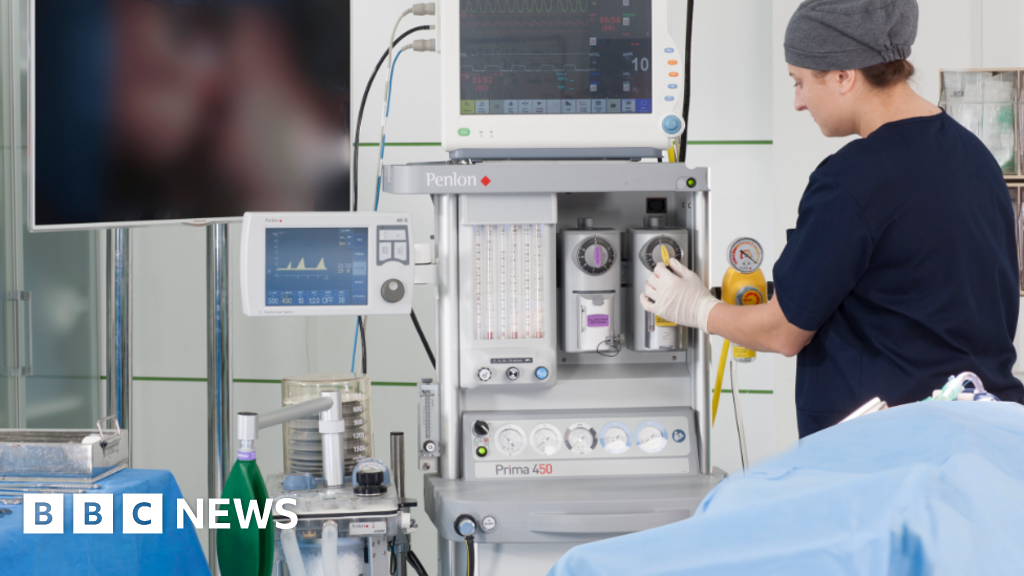 The government is facing fresh questions over the time it took to join an EU scheme to source medical equipment.

Officials have insisted the UK did not receive an initial invitation in time because of communication problems.

But Brussels sources have told the BBC the UK was given ample opportunity to take part in the scheme.

On Tuesday, a senior civil servant retracted claims the UK had taken a “political decision” not to join.

Last month the government was criticised for not taking part in the EU plan to bulk buy medical equipment – including potentially life-saving ventilators, protective equipment and testing kit – that could be used to tackle the coronavirus.

At the time, Downing Street said the UK was making its own arrangements because it was no longer in the EU, although ministers denied claims that anti-EU sentiment had played a part in the decision.

Downing Street later issued a statement saying the UK had been invited to take part but officials did not see the email because of a “communication confusion”.

Asked on Tuesday why the decision was taken not to join the scheme, Sir Simon McDonald – who is permanent secretary at the Foreign Office – told the Foreign Affairs Committee that it was a deliberate move by ministers.

“We left the European Union on 31 January,” he said.

Pushed further, he added: “All I can say is that it is a matter of fact that we have not taken part. It was a political decision… and the decision is no.”

But five hours later Sir Simon retracted his comments after Mr Hancock disputed the suggestion the decision not to participate had been a political one.

“Due to a misunderstanding, I inadvertently and wrongly told the committee that ministers were briefed on the joint EU procurement scheme and took a political decision not to take part in it,” he wrote.

“That is incorrect. Ministers were not briefed by our mission in Brussels about the scheme and a political decision was not take on whether or not to participate.”

He added that “the facts of the situation are as previously set out” and the UK missed the opportunity to take part “owing to an initial communication problem”.

However, sources present during Cobra meetings have told the BBC there were discussions about whether to work with the EU at the start of the pandemic. Sources close to Health Secretary Matt Hancock strongly dispute there was any discussion about specific EU schemes.

The UK has now joined the latest EU procurement round, which will initially involve therapeutic treatment.

The European Commission said the UK would miss out on the first orders of ventilators and protective equipment which have been placed but have yet to be delivered.

This is not an episode of Yes Minister, where the carefully crafted communications of top officials and ministers are fodder for jokes.

But there is now a rather mysterious situation in Whitehall over some of the decisions that were taken, or not taken, at the outset of this crisis, over what has emerged as one of the trickiest issues.

At Tuesday’s Downing Street coronavirus briefing, Mr Hancock revealed he had now accepted an invitation from the EU to join the scheme on an “associate” basis. But he added that it had not yet delivered a single item of medical equipment.

The decision not to join earlier had had “zero” impact on the UK’s current supplies, he suggested.

Also in the briefing, the health secretary announced that the first human trials for a vaccine, developed by the University of Oxford, would begin on Thursday.

Mr Hancock said the government was “throwing everything” at developing an inoculation for the virus.

He said two leading vaccine developments at UK universities – Imperial College London and the University of Oxford – would receive a total of £42.5m to support their clinical trials.

“Both of these promising projects are making rapid progress and I’ve told the scientists leading them we will do everything in our power to support.”

Mr Hancock also addressed the shortage of protective gear for the NHS, saying the government was talking to thousands of suppliers, but not all could deliver.

It came as a number of British companies told the BBC their offers to help had gone ignored.

An RAF plane sent to Turkey to pick up a shipment of PPE is now on its was back to the UK, though it is not yet known what supplies are on the flight.

On Tuesday, the UK recorded another 823 coronavirus hospital deaths – taking the total number to 17,337.

Official figures also showed deaths hit a 20-year-high in England and Wales in the week up to 10 April – nearly double what would have been expected – driven by 6,200 fatalities attributed to coronavirus.

How have you been affected by the coronavirus pandemic? Share your experiences by emailing [email protected].