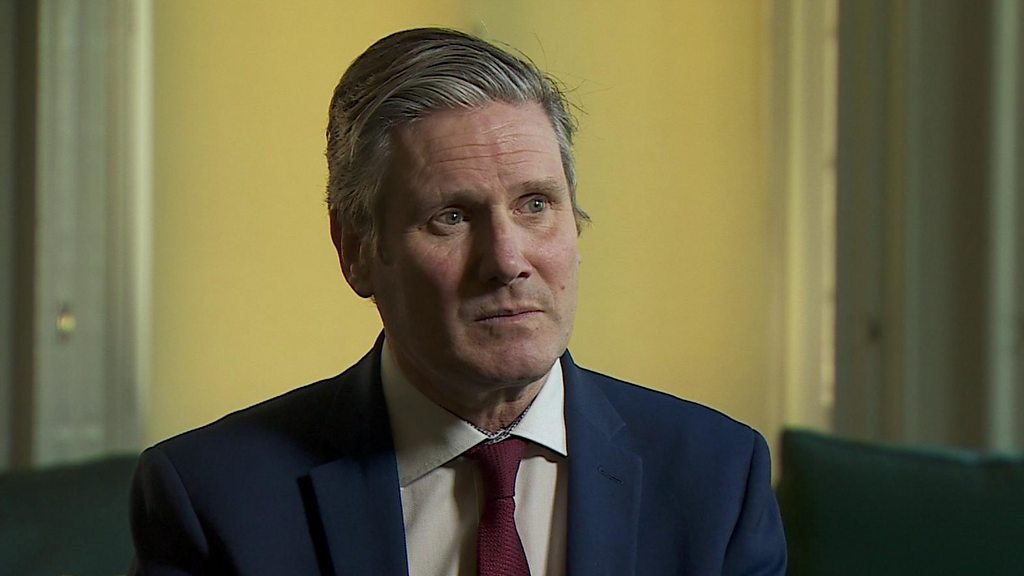 Ministers have been accused of losing touch with reality over their claims about Personal Protection Equipment (PPE) for health and care workers.

Labour leader Sir Keir Starmer said something had “clearly gone wrong” in the supply of gowns, masks and other potentially life-saving kit.

And he told the BBC’s Laura Kuenssberg it was time the issue was sorted out to protect those on the frontline.

No 10 says it is “working hard” with international partners to acquire PPE.

Downing Street said the government has had more than 8,000 offers from suppliers of personal protective equipment (PPE) and is prioritising those of “larger volumes”.

Meanwhile, an RAF aircraft left the UK on Monday for Turkey to pick up a delayed delivery of protective kit. It is due to collect 400,000 gowns.

But Sir Keir said some UK manufacturers that had offered to help had not heard back from the government and were “now shipping their stuff to other countries”.

“There is a problem here that needs to be solved quickly,” he added, with a shortage of gowns for NHS workers, and “just about everything” for care sector workers.

He told the BBC: “It would be a struggle for any government to get exactly the right kit to the right place at the right time.

“But what we’re seeing here is an increasing gap between what the government says or thinks is happening and what the frontline are telling us.

“And this gap has to be closed as soon as possible because people are putting their lives literally on the line when they’re going to work – they need the proper equipment in the right place.”

On Tuesday, a Downing Street spokesman said the government had been “very honest” about the “challenges in supply of PPE” and the “problems in ensuring it gets to the right place at the right time”.

He said it was “not true” that the government had ignored one supplier, Veenak, saying “they registered the offer on 5 April and would have got an immediate response”.

Earlier, Labour’s shadow Cabinet Office minister Rachel Reeves tweeted a copy of a letter she sent to cabinet minister Michael Gove on Saturday to express concern about PPE during the coronavirus outbreak.

She went on to tweet that the letter had prompted manufacturers to contact her with concerns that they had not had a response from the government.

In her letter, she said there was a “huge desire” within the UK’s textiles industry to help provide protective gear.

“It is therefore concerning that the government has not been taking advantage of this,” she wrote.

“I was particularly concerned to hear industry fears that the government had favoured engaging with major fashion and clothing brands for the production of PPE, over companies that may have been better placed to manufacture what is needed as quickly as possible.”

Fashion retailers in the UK, including Burberry, Barbour and David Nieper, have reopened factories to help boost supplies.

On Monday, Chris Hopson, chief executive of NHS Providers – which represents healthcare trusts across England – said there was “no doubt” some hospital trusts were already experiencing shortages of gowns.

He said that while the 400,000 gowns from Turkey would be welcome, NHS staff were getting through approximately 150,000 gowns a day.

The type of PPE required depends on the level of risk. Guidelines recommend that anyone working within 2m (6ft) of a confirmed or suspected Covid-19 patient should wear an apron, gloves, a surgical mask and eye protection.

Clinicians carrying out tasks that could generate airborne droplets of saliva loaded with the virus should use an even higher standard of protection, including disposable gowns, filtering respirators and face-shielding visors.