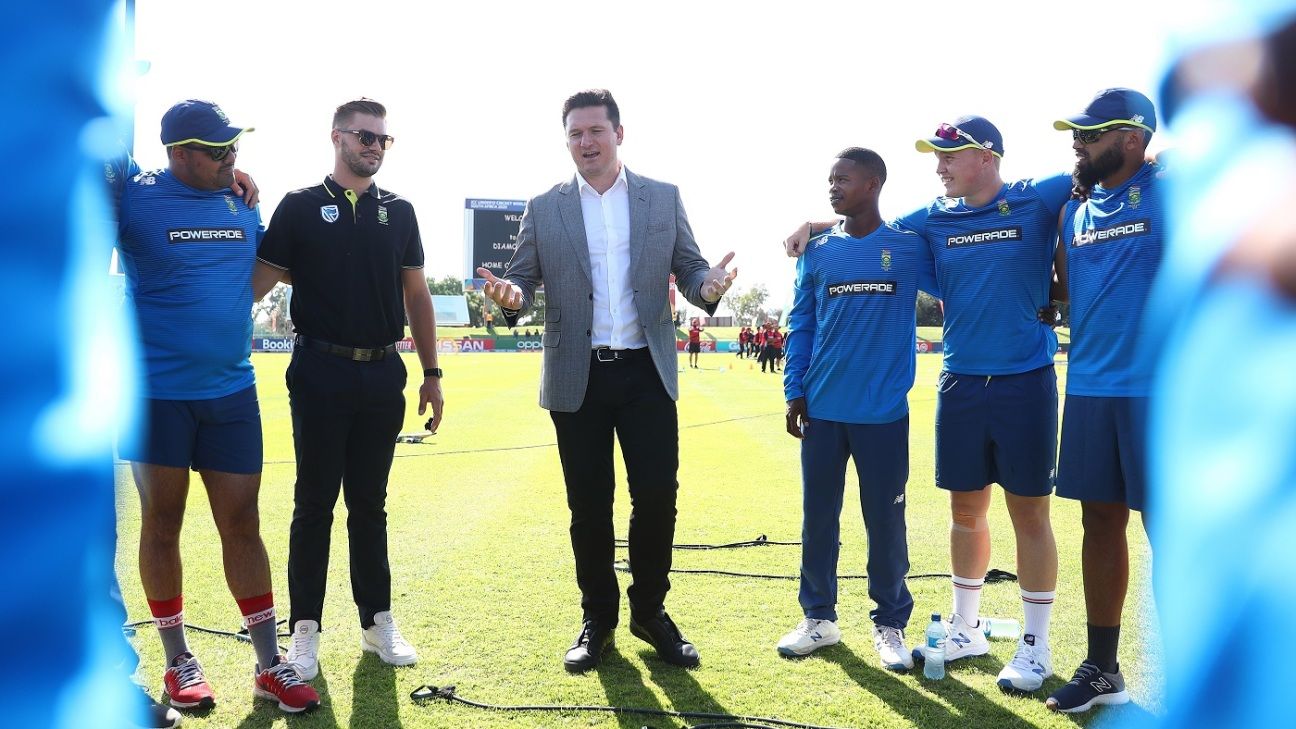 Graeme Smith has been appointed South Africa’s director of cricket for a two-year period ending on March 31, 2022.

Smith was appointed in an interim capacity in December last year, during a time of crisis at Cricket South Africa, and was due to take a break to commentate on the IPL. With that tournament now postponed indefinitely, he has been confirmed in the role.

Smith had initially applied for the post in November last year, but withdrew his interest citing a lack of confidence in the administration. He was re-engaged when CSA underwent an overhaul, which saw CEO Thabang Moroe suspended and Dr Jacques Faul appointed in an acting capacity (a status quo that remains as Moroe’s disciplinary hearing has yet to conclude. Smith has also maintained a distant relationship with the board that has come under severe criticism from the South African Cricketers’ Association (SACA) and sponsors for their role in CSA’s collapse. While a boardroom clean-out has yet to happen and some of Smith’s reservations remain, his experience of working with CSA staff and his growing interest in developing the game convinced him to commit to a long-term contract.

“If I told you I had 100% certainty (over things) I would be lying to you. There have been so many doubts over the last period, it’s impossible to be certain,” Smith said during a video conference on Friday. “But, operationally I have got to know the staff, I have seen a lot of hard-working people that care deeply about the game. Over the three months, I have become invested in the position and started to care about the responsibility to the game, sorting it out, getting us back to the top of performance and the business of the game. It created that feeling for myself that I want to get stuck in and try and make a difference.”

Smith has overseen South Africa’s worst home summer since readmission, in which the national team won only one of the five series they played under a new coaching staff, replaced captain Faf du Plessis and cast the selection net wide. The dip in performances – South Africa have not won a Test series in a year – raised serious questions about the talent pool and Smith acknowledged he was taken aback by how much work needs to be done on the field.

“Initially it surprised me how much coaching had to take place at a national level,” he said. “I feel our players need access to really smart coaches and smart people to develop their games and their thinking around playing at the highest level. For us on a national level, really trying to understand who the players we have to work with are, how do we get them better and what do we need to do to get back on top.”

To that end, South Africa developed a winter training program, which has been put on hold amid the coronavirus pandemic, which has enforced a five-week lockdown in the country. However, 47 players have been identified to form part of a high-performance programme and they have been sent fitness regimes to maintain even during the lockdown. Smith is in communication with all those players and has opened up a communication channel that had been blocked off under the previous administration.

“It’s been about building relationships we needed to strengthen, with SACA and player pools,” Smith said. We’ve had open two-way discussions and players are feeling a lot more settled and comfortable to express themselves.”

While players have received one level of reassurance with communications, they also have another financially. Faul confirmed that both players and staff do not face an immediate pay cut threat, like some of their international counterparts. With the international home season over before the pandemic hit, “we haven’t lost income that would trigger pay cuts,” Faul said.

However, the long-term forecast may not be as positive, with Faul admitting there is likely to be less money available in the future, as the full impact of the coronavirus becomes known. Further, CSA’s sponsorship deal with Standard Bank ends at the end of this month and they have yet to announce a replacement and their broadcast rights deal with pay-television provider SuperSport comes to an end next year. Even before the Covid-19 pandemic, insiders were predicting that a new deal could be worth around 33% less, given South Africa’s flailing form. Given the contracting economy, Faul expected a tough road ahead and said CSA would continue to monitor the changing situation.