Has China tested an entire city in 10 days? 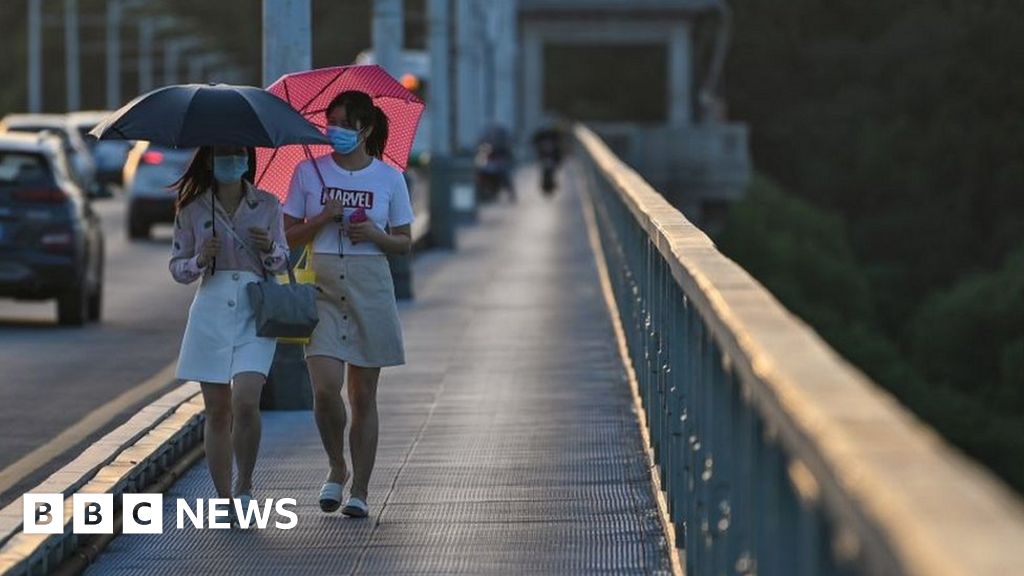 China has been carrying out an ambitious plan to test everyone in Wuhan, the city where the Covid-19 pandemic began, following the emergence of a cluster of new infections.

The authorities had pledged to test the city’s inhabitants over a 10-day period, starting on 14 May.

We’ve looked at what was achieved, and over what period of time.

What was the target?

Wuhan has an estimated population of 11 million people.

But those already tested in the seven days prior to mass testing starting in their district, as well as any children under six years of age, have been excluded.

The total number may have been reduced further given that some residents who left Wuhan before the lockdown in January may well not have returned.

The authorities said they would begin with people considered most at risk – such as those in more densely populated areas as well as those in key jobs such as healthcare.

We then need to consider the timeframe, which has shifted somewhat since the initial announcement.

The Wuhan authorities later suggested different districts within the city would be starting at different times.

“Each district finishes its tests within 10 days from the date it started them,” the Wuhan Centre for Disease Control said, which effectively extended the deadline beyond the original pledge.

It still remains a very ambitious plan, so do we know how close they’ve come to achieving their goal?

How many have been tested?

All the data we have comes from the local health authorities in Wuhan, so we need to be aware of not having independent verification for the numbers.

But let’s start with Wuhan’s testing capacity before this latest mass campaign.

There were about 60 centres across the city, with an overall maximum capacity of 100,000 tests a day, according to the official Hubei Daily newspaper.

That would have made it impossible to reach everyone in Wuhan over 10 days. So testing capacity would have needed to be significantly boosted to meet the challenge.

One way to scale up testing is to use a batch testing method. Chinese state media have reported that this has been used in Wuhan.

This process groups individual test samples together to speed up the whole process.

Reports suggest they have been using batches of between five and 10 samples in Wuhan, only carrying out individual tests if a batch proves positive.

This would be an efficient way to test large numbers of people where infection levels are low, as most batches would produce negative results.

So far, the authorities say they have found just over 200 positive cases out of all the tests done so far.

Even with this batch testing in place, processing capacity would have needed to be scaled up massively.

Health officials in Wuhan say they carried out 1.47m tests on a single day, 22 May – so a huge increase from the 100,000 a day prior to this testing campaign starting.

In total, according to the Hubei health commission website, nine million test samples had been taken by 24 May – 10 days after the campaign started.

Of these, the commission says 6.57 million had been processed.

That’s a very large number and although it’s not possible to verify independently, it appears that Wuhan has managed to ramp up its testing to reach a large proportion of the population during the 10 day period. However, by its own reckoning, the city still has some way to go to reach everyone.

Send us your questions