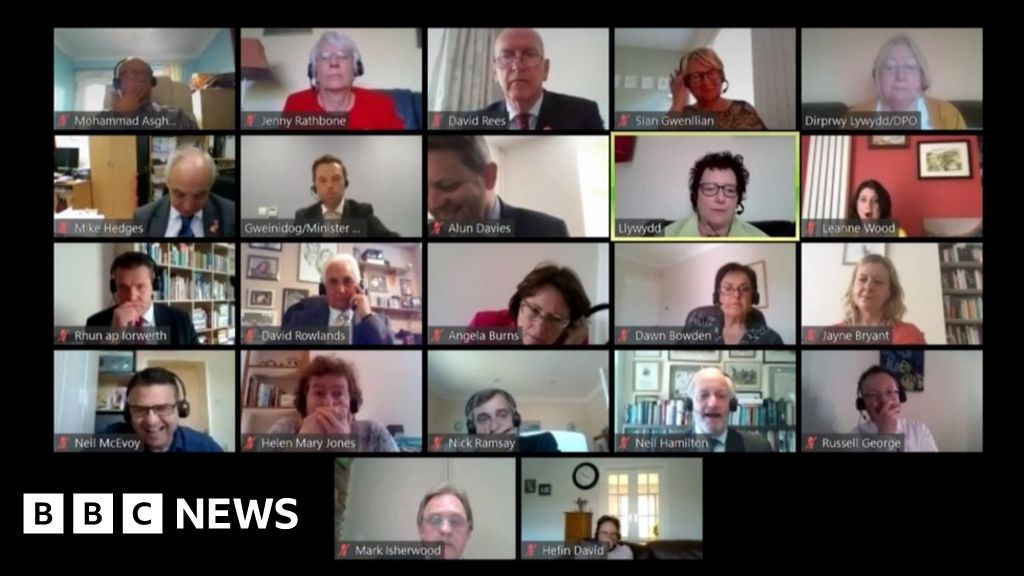 The health minister has been caught swearing about a Labour colleague in a virtual Welsh Assembly session after he left his microphone on by mistake.

Vaughan Gething made the comment about Cardiff Central AM Jenny Rathbone.

He has since apologised to Ms Rathbone. She had been asking questions about the Welsh Government’s coronavirus response.

Opposition leaders have called for Mr Gething to be sacked by the First Minister Mark Drakeford.

Mr Gething tweeted: “I’m obviously embarrassed about my comments at the end of questions today. I’ve sent a message apologising and offered to speak to Jenny Rathbone if she wishes to do so.

“It is an unwelcome distraction at a time of unprecedented challenge.”

After he finished his contribution to the day’s Senedd business Mr Gething was heard off-camera talking about Ms Rathbone.

A number of AMs, taking part in the session through the video conferencing system, Zoom, could be seen laughing. Jenny Rathbone remained in vision, before eventually walking away from her camera.

Elin Jones, presiding officer, told Mr Gething to turn his microphone off. After continued difficulties the Senedd went into a short break.

The clip has since been shared widely on social media.

In her questions, Ms Rathbone referred to concerns from Nobel-prize winning Sir Martin Evans, saying “we shouldn’t be shooting the messenger”.

During her comments she presented a mask made for her by asylum seekers, before calling for more domestic production of PPE, and giving examples of care home workers struggling to be tested because they do not have a car.

Mr Gething said Welsh manufacturers have responded to calls to manufacture PPE, that some PPE could be reused by based on the evidence of what is safe and that there are not just “drive-in” testing facilities.

The exchange led to strong statements from Plaid Cymru and the Welsh Conservatives.

‘He does not have the right attitude’

A Labour AM said most of their colleagues will be “very angry” and would see it as “unacceptable behaviour”.

Plaid leader Adam Price said Mr Gething “has not only failed over the last month several times, he has failed to acknowledge that he has failed and aggressively attacks even those within his own party who question him.

“He does not have the right attitude, skills or temperament to lead the government’s response to the Coronavirus pandemic.

“To maintain public confidence the FM [first minister] needs to relieve him of these responsibilities with immediate effect.

“There are experienced members on the FM’s backbenches who could be brought into government to fill any vacuum.”

Welsh Conservative assembly leader Paul Davies added: “Politicians are entitled to ask serious and challenging questions of ministers and it’s essential that they are able to do so during this pandemic.

“For a health minister to show such unprofessionalism and disdain at this time is completely unacceptable and he should be sacked.”

However former Welsh Conservative Senedd leader, Andrew RT Davies, said while he had concerns about Mr Gething’s record “I’d also have concerns over a Labour backbencher coming in during the midst of the COVID-19 crisis”.