Holyrood to use ‘hybrid’ system of video meetings 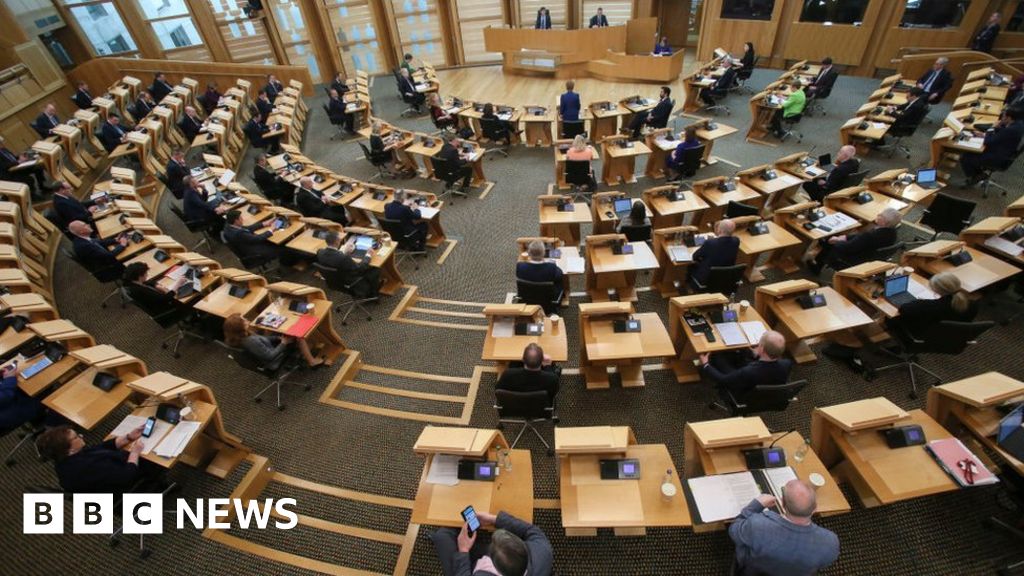 The Scottish Parliament is to return from recess with a “hybrid” system combining meetings in the chamber with remote ones conducted over video links.

Sittings of the parliament have become increasingly infrequent, with the UK in lockdown due to the coronavirus crisis.

MSPs have already trialled a system of posing questions to the first minister over a video conference call.

And Holyrood’s committees are set to follow suit by holding meetings where members dial in from home.

However the parliamentary chamber will continue to host face-to-face meetings once a week, with strict social distancing rules in place.

Presiding Officer Ken Macintosh said MSPs were “adjusting to new ways of working” along with everyone around the country, and would continue the “crucial” job of scrutinising the government.

The parliament has been in recess for the last two weeks, with meetings cut back to a minimum and almost all legislation on hold as part of the virus lockdown measures in place across the UK.

Face-to-face meetings in the parliamentary chamber are scheduled to only take place once a week in the immediate future, with a maximum of 79 MSPs allowed in at any one time to maintain social distancing. Half of the seats have been removed from the chamber so that members are kept a reasonable distance apart.

Mr Macintosh told BBC Radio’s Good Morning Scotland programme that most staff were now working from home, and that members would this week approve measures to help MSPs do the same.

He said: “We’re going to vote through the formal procedures to establish remote committee working, remote questions to the first minister and to members, and to establish a new Covid-19 committee to deal with the new emergency legislation and the new powers that have been granted to government.”

The presiding officer said it would be “relatively straightforward” to set up committee meetings over video links, but that the parliament had not yet “cracked” how to hold full plenary sessions – in particular votes – in this way.

He said: “One option we’re looking at is whether we want to allow proxy voting – that’s something we were already looking at in the context of MSPs on maternity leave.

“We’ll also be looking at whether we can make these new technology platforms robust enough and secure enough to allow votes on formal chamber business. That’s a step we’re yet to take.

“At the moment the key business of parliament is scrutiny. Most of the government legislation, members’ bills, committee inquiries and so on have been put on hold, parked, and the whole focus is on Covid-19. So there aren’t that many votes at the moment.”

Improved remote working has been the focus of debate recently, with one Highlands MSP announcing she would be stepping down at the next election partly due to the challenges of being so far away from parliament.

Gail Ross – whose home in her Caithness, Sutherland and Ross constituency is 250 miles (400km) from Edinburgh – had called for Holyrood to consider using more video conferencing technology to encourage young people with families in more remote areas to enter politics.

Mr Macintosh said proxy voting had also been studied as part of “distance working” arrangements, but said this was “a different issue that we’ll have to return to” in the longer term.

“This parliament has always been innovative, from the very start, and I’ve made it the focus of my time as presiding officer to refocus on reform. But this crisis has really given that a sense of urgency, and people have adapted in record time to news ways of working – I think that will continue for some time to come.”