How do we get out of lockdown? 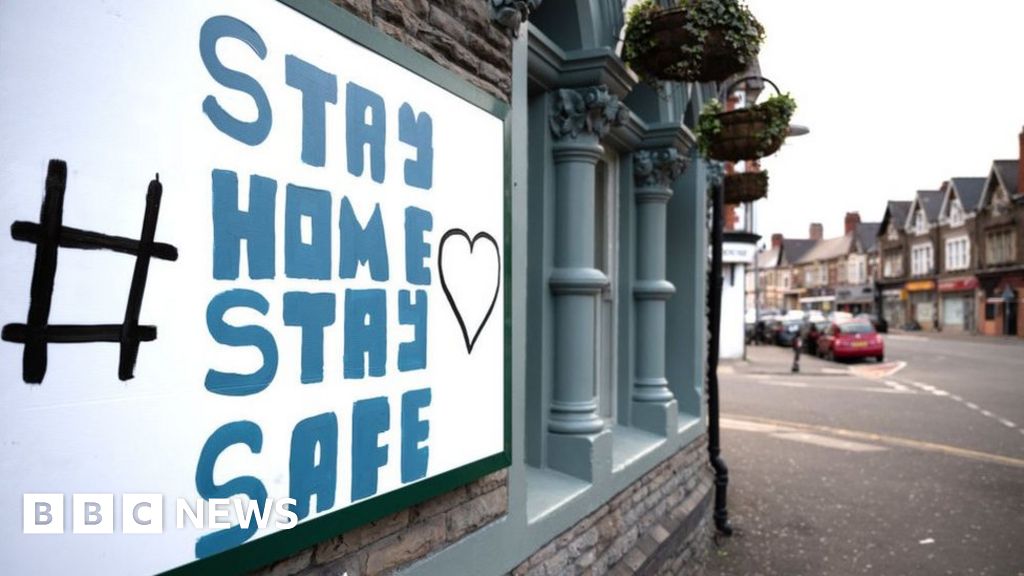 When can I see my family? Have friends round? Have a night out? A holiday? Or even go back to work? When can children go back to school?

Lockdowns have been essential for containing the spread of coronavirus, but they are causing huge disruption, and distress, to lives around the world.

So when can they be lifted?

There are big decisions for governments to make – when to act, which restrictions to lift, how to contain the virus instead and how to balance saving lives today with long-term damage to society.

This is going to be a long journey – don’t think it will all be over in a few weeks.

“Essentially we’ve got a lot of not very good options, it won’t be one day and everything will change, but things could open up,” Dr Adam Kucharski, from the London School of Hygiene and Tropical Medicine, told the BBC.

Why can’t we just lift lockdown?

We cannot simply return to normal after cases peak or even after they are reduced to very low levels.

The best estimate of the proportion of people infected (and potentially immune) in the UK is just 4%. Or to put that another way – more than 63 million are still vulnerable to the infection.

If we just lift the lockdown, then another explosive outbreak is inevitable.

The fundamentals of the virus have not changed either – one person infected will, without a lockdown, pass it onto three others on average.

Cutting those infections by 60-70% is what it takes to keep cases down. At the moment that means cutting our human contact by that amount.

If we lift social distancing measures then something else has to come in to suppress the virus instead or at least to prevent people ending up in intensive care.

There may be some easy wins if countries are already cutting infections by more than 70%.

“There is evidence that a lot of countries in lockdown have gone beyond that, in China it is 80-90%,” said Dr Kucharski.

A high number now is good for bringing cases down quickly.

But it is also an opportunity to lift some of the current restrictions without leading to a spike in cases.

China, particularly in the original epicentre of the pandemic – Wuhan, had a tough and lengthy lockdown that including shutting down public transport. It is not yet clear how much wiggle room other countries may or may not have.

Analysis: How do we get out of lockdown?

Which restrictions have other countries lifted?

Why don’t we have more testing?

Massively increasing testing for the virus allows for a strategy called “seek and destroy”.

You identify cases. Test anybody they came into contact with. And isolate them before they become infectious.

It is remarkably similar to the approach taken at the start of the outbreak when there were relatively few imported cases being hunted down.

Do this successfully enough and it will reduce the ability of the virus to spread and will mean we do not need as tough a set of restrictions on day-to-day life.

“At the moment you need, on average, a 60-70% reduction in social interactions to stop the outbreak increasing,” said Dr Kucharski.

But even massive testing is not life as normal.

You would need other measures to keep the disease in check and these would have to be maintained in the long-term as the fundamentals (a virus that spreads and a vulnerable population) would not change.

“It is a more moderate version of where we are now,” said Dr Kucharski.

It is also intensive work that has to be done quickly in order to stay ahead of the infection (this is where talk of a smartphone app comes in to identify cases) and the method is most viable when cases are at low levels.

What about protecting those at risk?

Another strategy is called “enhanced shielding”.

Instead of trying to suppress the coronavirus across every section of society you could instead aim to stop it completely for those most at risk.

Age and other medical conditions greatly increase the risk of Covid-19 becoming fatal.

The lockdown is preventing intensive care units being overwhelmed, but guaranteeing vulnerable groups don’t get infected could achieve the same aim even if cases were spreading more widely in the young and the healthy.

Prof Mark Woolhouse, from the University of Edinburgh, said: “Very crudely, for 80% of us who are not vulnerable this is a nasty virus, it’s certainly a significant health problem, but it wouldn’t overwhelm the healthcare system and it wouldn’t lock down society.

“If we really bolster that shielding, make a very strong shield indeed, then it buys you a lot more room and it may mean you can relax some measures permanently.”

We are already shielding the vulnerable and asking them to stay at home for 12 weeks.

Enhancing that could mean all staff in hospitals, care homes or anyone visiting the elderly having regular testing to ensure they are clear of the virus. Ideally antibody tests would prove they are immune to it.

The danger is, having more virus circulating in the community could be harder to control and then those “shields” will come under intense pressure.

Which lockdown measures could be lifted?

Some restrictions have less of an effect on the virus than others.

“There are certain interactions and activities that are overall less risky,” said Dr Kucharski.

He argues lifting different restrictions can be put into three broad categories – those with low, moderate and substantial risk of increasing transmission of the virus.

Low risk includes exercising outdoors, which has been restricted in some countries.

Moderate would include letting some non-essential shops re-open or having occasional gatherings with people outside the household.

Substantial increases could come from lifting advice to work from home, reopening schools or isolating sick people and quarantining households.

But which measures to lift will be a difficult balancing act. It will have to be a combination of the benefits to society and the economy against the impact on the spread of the virus.

Prof Neil Ferguson, from Imperial College London, said: “We do want to find a collection of policies that maintain suppression of this virus.

“Without doubt, measures will be targeted probably by age, by geography and we will need to introduce in my view larger levels of testing at the community level to really isolate cases more effectively and identify where transmission is happening.”

The idea of immunity passports or certificates is constantly doing the rounds – if you’ve had the disease you have a test and if you have antibodies that can kill the virus then you can go about your daily life.

However, there are a number of scientific challenges.

We don’t have an accurate antibody test. We don’t know how long immunity might last. And we don’t know that even if antibodies stop you from becoming ill whether they are enough to stop you harbouring the virus and spreading it to others.

When and where to lift?

Prof Ferguson has suggested measures could begin to be lifted by the end of May.

But there is also a decision about how far we go with suppressing the virus after we’ve gone past the peak.

We could drive levels down as low as possible and that will greatly limit the ability of the virus to bounce back in a second wave. But the trade off is maintaining the lockdown for longer.

Or we could exit lockdown earlier and accept having a higher number of cases bubbling away, which creates its own problems.

There is also a decision over whether to maintain a UK-wide approach to lifting lockdown or whether measures could vary regionally, or even within cities, to focus on where outbreaks are happening.

What could shift the balance?

The biggest thing that could come along is a vaccine – if people were immunised then there would be no need for any social distancing measures. That is thought to be more than a year away.

If a vaccine does not come along (people are hopeful, but it is requiring development at unprecedented speed) then the concept of herd immunity may kick in.

This would happen when so many people had been infected (up to 70% of the population) that the virus can no longer cause large outbreaks.

Effective drugs would also make a huge difference. If they could stop Covid-19 from progressing from a cough or fever into a serious disease needing intensive care then having large numbers of cases would be less of a problem. Again we are waiting for the results of clinical trials.

We might get closer to normality, or at least normality for some, in the months to come. But we are all still in this for the long haul.

Download the BBC News App for all the latest headlines.