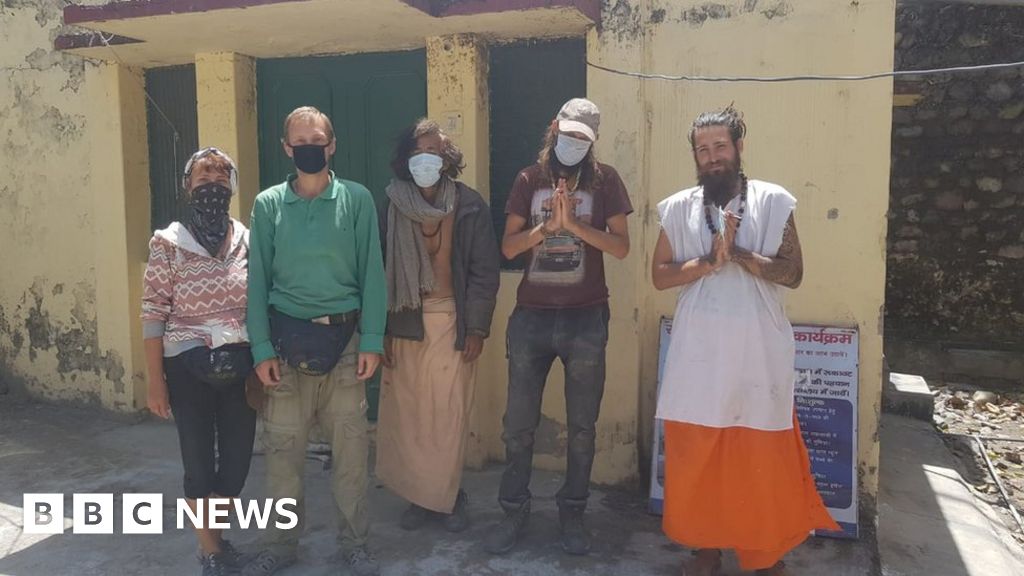 Indian officials have rescued six tourists who were living in a cave in India following a lockdown to prevent the spread of coronavirus.

The four men and two women had moved to a cave in Rishikesh in northern India after they were stranded in the country with very little money.

Air, rail and road transport have been suspended since 24 March.

The six have tested negative for Covid-19 and have been moved to a private quarantine centre, officials said.

The foreign nationals are from Ukraine, the US, Turkey, France and Nepal, and had arrived in India separately last year – they had been living in small hotels and private lodges in Rishikesh, which is a popular tourist destination in the foothills of the Himalayas.

They lived in the cave for 25 days before local people spotted them and informed the police.

The tourist from Nepal knew Hindi, and helped the others in the cave to go out and buy provisions with whatever little money they had, police said.

“After receiving the information, we went to the cave and found the six foreigners. They told us that they decided to move into the cave because they were running out of money. We did their medical tests and sent them to a quarantine centre,” local police official Rakendra Singh Kathait told local journalist Raju Gusain.

They six are now lodged in a private religious retreat and their accommodation and food are being paid for by the government, officials said.