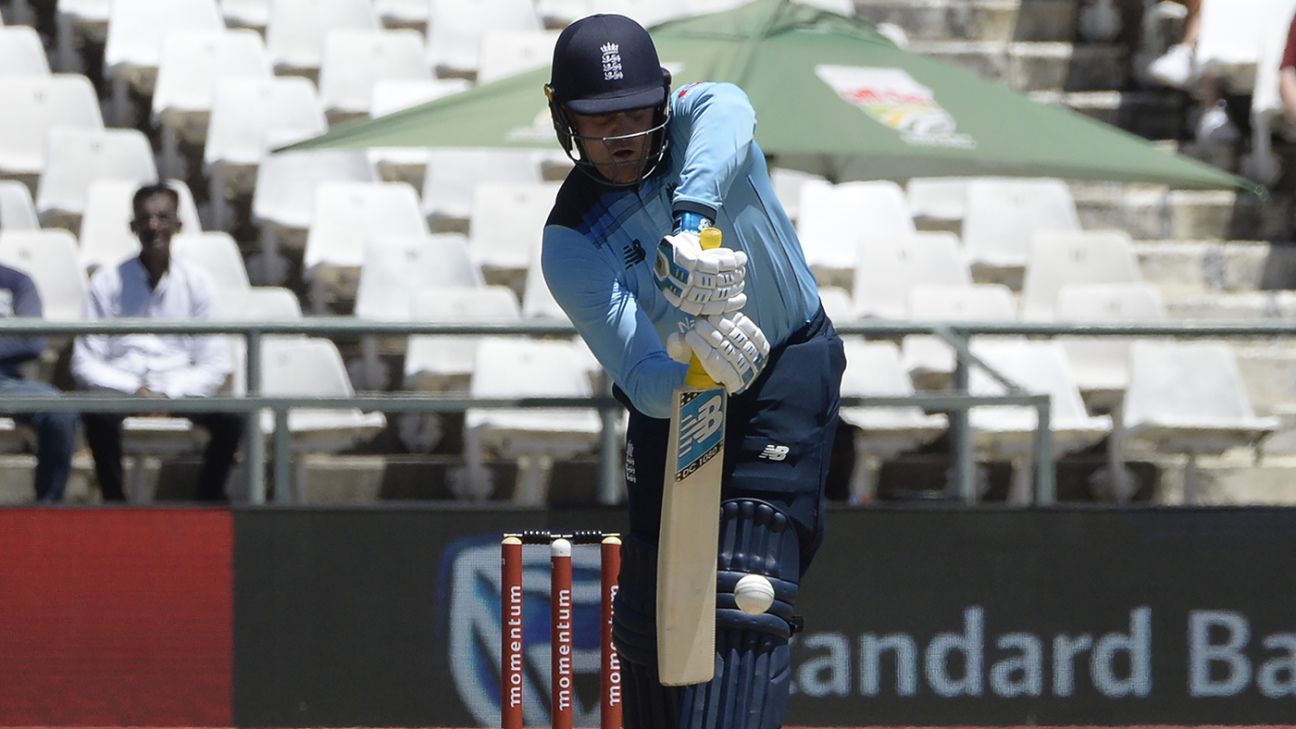 England batsman Jason Roy has conceded that it might “make sense” to postpone this year’s men’s T20 World Cup, with the possibility of travel restrictions and biosecurity issues around the spread of the coronavirus set to impact on the viability of Australia hosting the tournament in October and November as scheduled.

While Australia has managed to achieve relatively low numbers of infections and deaths related to Covid-19, and guidelines are already being drawn up with a view to allowing the resumption of professional and recreational sport – possibly as early as later this month – there is a great deal of uncertainty over the global cricket calendar.

The ECB has put back the start of the English season until July 1 at the earliest, and delayed the introduction of the Hundred by a year. There have been discussions about continuing the season into October or even taking competitions overseas – although it also remains a possibility that no cricket will be played at all. International tournaments face even greater challenges, with many borders currently closed and less than six months to go before the start of the T20 World Cup.

“If players aren’t able to prepare in the right way and are not able to get over to Australia, then it makes sense to postpone it,” Roy said. “But if it goes ahead, it’s our job to play cricket – and if we’re told we have three weeks to prepare to go and play in the World T20, all the boys will be putting the yards in to make sure we’re ready for that. I think all the boys are on edge, waiting for the call saying, ‘Right, we have a month turnaround or a six-week turnaround. Get in the nets and go hit some balls.’ I think the boys will be as ready as they can be.”

While Roy said it would be an “incredible feeling” to be able to return to the field of play, he emphasised that safety was paramount, but added that he placed great faith in the ECB and, in particular England’s limited-overs captain, Eoin Morgan, when it came to decisions about cricket’s resumption.

“I’ll do what I’m told by [the] bosses,” Roy said. “I won’t be going to my bosses and saying, ‘Put me in the frontline.’ I’ll just get told what to do. I’m just a pawn in the sporting world.

“I’ve got a huge amount of trust in the ECB; I think they will look into every single avenue of all the positives, all the negatives. So, I guess I would trust in what they say, probably have a chat with Morgs and see where his head’s at and go with that. I don’t think I’ll have too many questions, especially when it got to the stage of ‘Right, we’re going to play’, because there’ll be a lot of people in those meetings discussing whether it’s the right thing to do or not.

“I just want to play some cricket to be honest. I think for us to be able to go out there and play some cricket would be an incredible feeling. I feel like a kid again. I guess we’re governed by the government here, we don’t really know what is going on or what the safety measures are. There’s way bigger things out there. I’m more than happy to play behind closed doors, it would just be nice to get out there.”

The summer of 2019 was a tumultuous one for Roy, who had to battle back from injury during the ODI World Cup at home and then played a key role in England’s success – including fielding the last ball of the Super Over to help pip New Zealand in the final at Lord’s – and made his Test debut before being dropped at The Oval following a torrid time during the Ashes.

He will turn 30 this year, and was set to be a key part of England’s back-to-back T20 World Cup planning, as well maintaining hopes of a Test recall. All that is on hold, but while admitting a lost summer would be “a huge chunk out of my international career”, Roy was keen not to dwell on that aspect of the current shutdown.

“I try to concentrate on the now, getting as fit and strong as I can now and hopefully reap those rewards coming towards the end of the year,” he said.

“I try not to look at it too negatively. It is a huge shame what is happening now and to be missing this amount of cricket is quite a daunting feeling because you don’t quite know how you are going to feel when you get back. You can watch videos and make yourself feel good and train well but, until you’re facing that first ball in the middle, you don’t really know. You worry after three or four months out of the game, are you going to be able to bat, or whatever?

“I think mentally over the last year or so has been the best place I’ve been in, barring the end of the summer. Obviously, the Ashes was a very tough time mentally. I think I’ve been in a fantastic place. All I’ve done is just forward on that. Trying to stay as positive as possible, keep a perspective and look at the bigger picture.”