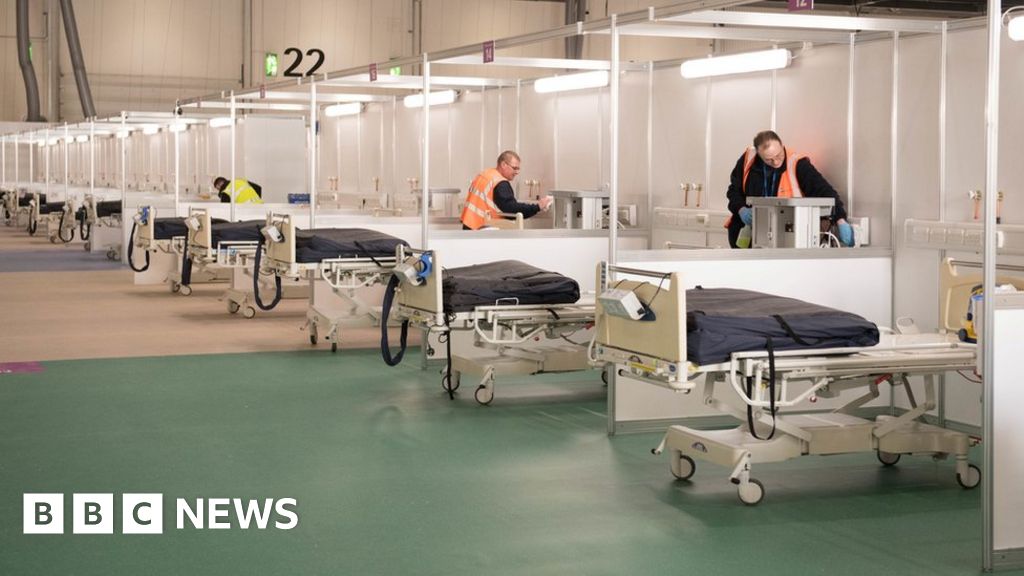 The temporary field hospital was built in east London’s ExCel centre to hold as many as 4,000 Covid-19 patients.

The NHS would not confirm the figures, though the BBC believes 13 people have died at the hospital.

An NHS Nightingale spokesperson said it would be a “mark of success” if the hospital “continues not to operate at full capacity”.

“That will mean that the rest of the NHS has managed well and because the public have helped slow the spread of the virus, meaning fewer people needing care and ultimately few fewer people losing their lives,” they added.

The NHS confirmed that on 24 April there were 26 patients at NHS Nightingale, with plans to take about 250 more in the coming weeks.

The hospital was built in nine days and opened on 3 April to care for patients with the virus in intensive care who have been transferred from other London hospitals.

Critics may look at these figures and say the NHS Nightingale was a waste of time.

We were told it would treat the expected surge of Covid-19 patients in the capital.

It’s probably truer to say it’s a victim of the rest of the NHS in London, where local hospitals have stepped up and increased their intensive care capacity.

At the weekend there were just over 2,500 Covid-19 patients in hospital in London, around a third in intensive care.

The exhibition halls were fitted out with the framework for about 80 hospital wards and some 500 beds were equipped with oxygen and ventilators.

Professor Stephen Powis, medical director of the NHS, has said the Nightingale hospitals would continue to treat coronavirus patients.

“Although the peak is reducing we still feel we need to have them there as the insurance policy for Covid patients, but as we go forward we will be keeping them under review,” he said.