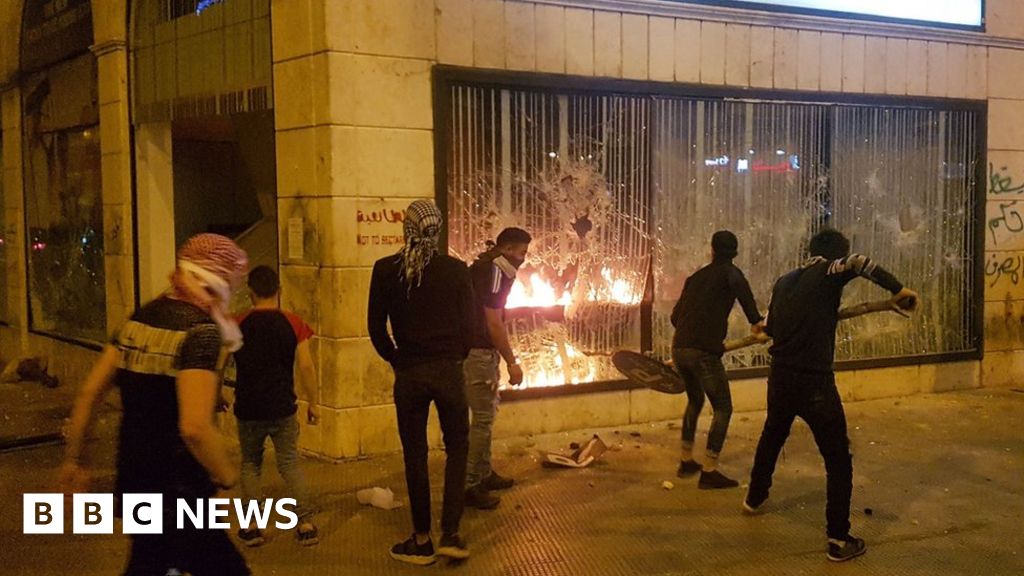 A man has died following overnight clashes between protesters and soldiers in the Lebanese city of Tripoli.

The demonstrators were angry at the country’s worsening economic crisis, which has been exacerbated by its coronavirus-related lockdown.

The army said saboteurs infiltrated the protest and sparked the clashes, in which a grenade was thrown at a patrol and at least one bank was set ablaze.

Some 30 people were injured, including the man who later died, it added.

The state-run National News Agency reported that calm had been restored in Tripoli on Tuesday morning following the deployment of security forces.

Army units had also carried out raids to arrest those suspected of setting one of its vehicles on fire during the protest and of attacking banks and ATMs, the agency said.

Banks have been a frequent target of attacks since Lebanon’s economic crisis began in October, with people angry that they are unable to access their savings as the currency has collapsed in value against the US dollar and prices have soared.

People have also taken to the streets to demand an overhaul of the entire Lebanese political system, which they blame for the country’s problems; the formation of an independent, non-sectarian cabinet; and an end to government corruption.

Last week, protests resumed as the authorities eased the lockdown imposed to reduce the spread of Covid-19, which has claimed 24 lives in Lebanon.