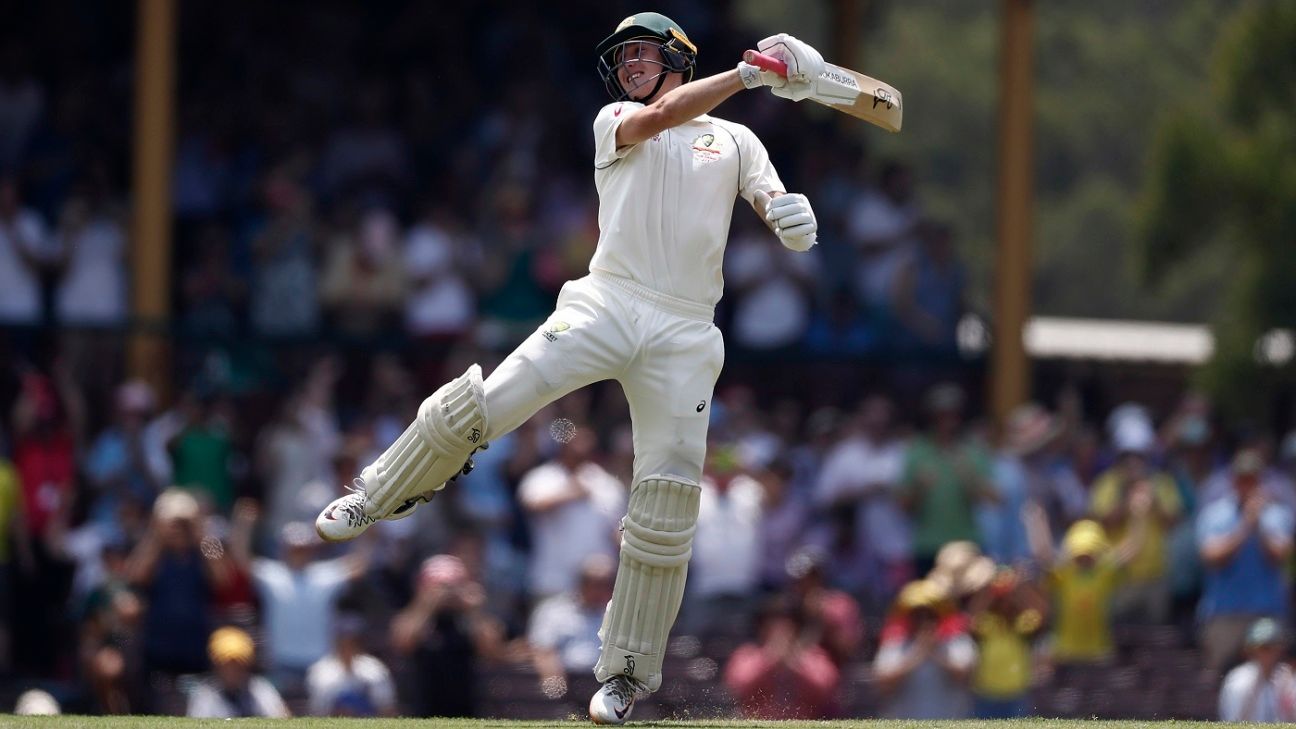 The rise of Marnus Labuschagne into the prolific Test No. 3 who dominated the Australian home summer even surprised some who had seen him close at hand.

In five Tests against Pakistan and New Zealand, Labuschagne scored 896 runs at 112.00 with four centuries including a maiden double at the SCG. It followed his dramatic return to the Test side during the Ashes as Steven Smith’s concussion replacement at Lord’s and two matches later he was handed the No. 3 spot which he has now made his own.

Andrew McDonald watched Labuschagne’s monumental season at close quarters having been appointed as Justin Langer’s assistant coach at the start of the summer. Though he had studied Labuschagne during his time as Victoria’s head coach, McDonald admitted the player who emerged was beyond what could have been imagined.

“The real surprise for me, and it’s been pretty well documented, was Marnus. His growth into that Test No. 3 position was phenomenal and great to witness,” McDonald told ESPNcricinfo’s One-on-One series. “I’ve done a fair bit of coaching against him at the state level and had never seen the level he has been able to play at and long may it be the case.”

Labuschagne also had his first taste of ODI cricket earlier this year when he made his debut in India on the tour where McDonald stood in for Langer as head coach. Across seven ODIs, Labuschagne is already averaging 50.83 with a strike rate of 94.42 and made a maiden century against South Africa in Potchefstroom.

“He was good in the 50-over game batting in the middle order, him and Steve Smith, he’s a very good player of spin,” McDonald said. “So going forward to a World Cup in 2023 think he’ll be a part of that one-day team with a view to being on the big stage in 2023 assuming all goes well. His ability to play spin, fast bowling, rotate [strike], he’s a good fielder, so there’s a handy package there. A good find for the selectors who persisted with him – no one saw that, so full credit to those who picked him.”

Australia’s ODI form during the 2019-2020 season – mostly away from home with series in India and South Africa – was poor as they suffered five defeats in a row before returning to winning ways against New Zealand at an empty SCG, in what became the final match of the Australian season as the coronavirus pandemic shut sport down.

However, their T20I cricket was much more impressive as they comfortably defeated Sri Lanka and Pakistan early in the home summer before clinching a 2-1 victory in South Africa. The notable tactical shift at the start of the season was to play five frontline bowlers with left-arm spinner Ashton Agar at No. 7, putting the onus on specialists rather than allrounders, before Mitchell Marsh was recalled for the series in South Africa.

McDonald suggested a flexible approach will continue as Australia look to build their T20 side – although the T20 World Cup in October is now in doubt due to the pandemic – and that the return of Glenn Maxwell to the top order would further bolster the options.

“We’ve seen Australia play five out and out bowlers – two spinners and three quicks – and finish their batting at No. 6 with Agar at No. 7. In that combination you have five strong bowling options, so your all-round option in the top six isn’t that critical. Whereas if you flip it around and want to lengthen your batting slightly then clearly your allrounder becomes pivotal.

“We’ve seen Mitch Marsh come back into the fold, so he looks as though he has a little handle on that position at the moment and there are some other options in Australian cricket as well. Glenn Maxwell is missing as well so he could be classified as a spin allrounder.”