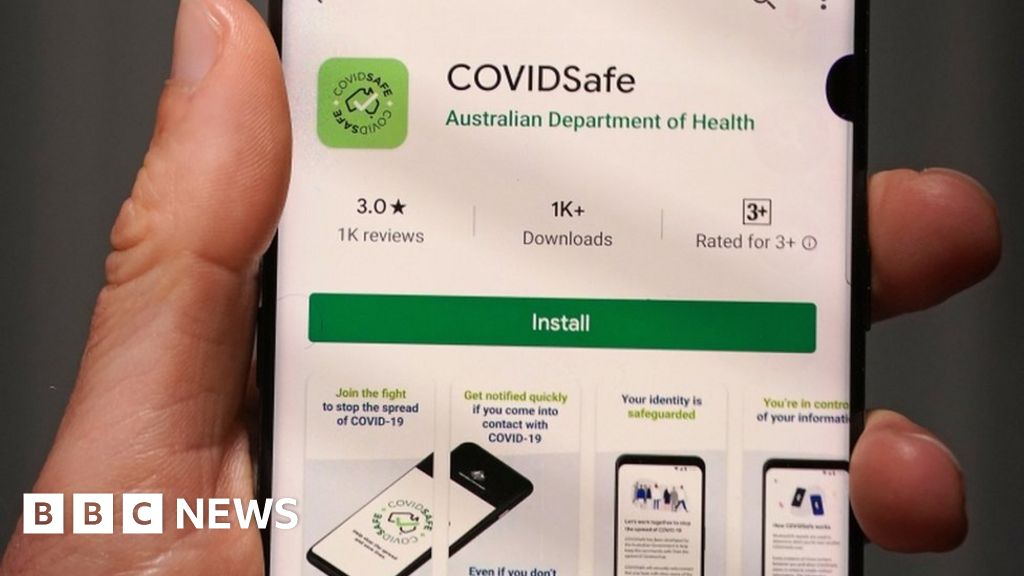 More than a million Australians have downloaded a coronavirus contact tracing app within hours of it being released by the government.

The COVIDSafe smartphone app uses a Bluetooth wireless signal to exchange a “digital handshake” with another user when they come within 1.5m (4.9ft).

The app then logs this contact and encrypts it.

Users will be notified if they have had more than 15 minutes of close contact with another user who tests positive.

Australia has recorded 6,694 confirmed coronavirus cases and 80 deaths from the virus, according to data from Johns Hopkins University.

The rise in infections has slowed considerably in recent weeks, however, with just 16 new cases recorded on Sunday.

The app – based on one introduced in Singapore – went live at 1800 local time on Sunday (0900 BST), and Health Minister Greg Hunt confirmed the download figures on Sunday night.

“As at 10:30 PM, 1 million Australians have now downloaded and registered for the #COVIDSafeapp – please join us and help protect ourselves, our families, each other but above all else our nurses and doctors,” Mr Hunt wrote on Twitter.

Prime Minister Scott Morrison has said social restrictions could be eased if enough people use the app. The government has said that for maximum effectiveness, some 40% of the population would need to download it.

Amid privacy concerns about who will have access to the app’s stored data, the government said only state health authorities would qualify. The data will be stored in Australia, and the health minister said “not even a court order” would allow other authorities such as the police to access it.

The protections have not yet been put into legislation, however, as Australia’s Parliament is not sitting regularly.

The app asks users to supply their age range, a mobile number, a post code and a name – which can be a pseudonym.

The government said all data would be wiped after 21 days, or when someone deleted the app from their phone.

On Sunday, the Australian states of Queensland and Western Australia said they would relax social distancing rules this week to permit larger outdoor gatherings – but the state of Victoria will continue with stricter curbs.