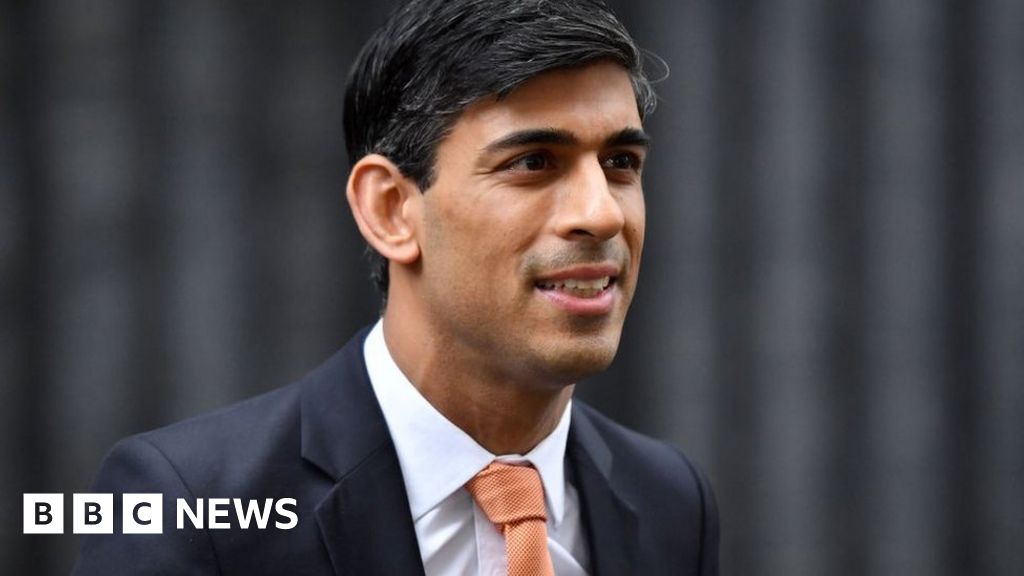 More than 140,000 firms have applied for help to pay their wage bill through the government’s job retention scheme, which went live on Monday.

Speaking at the Downing Street press briefing, Chancellor Rishi Sunak said the money would help pay the wages of more than a million people.

But many more than that are expected to be “furloughed” due to the lockdown.

The Treasury said the system can process up to 450,000 applications an hour. Employers should receive the money within six working days of making an application, it said.

The chancellor said the scheme would help people who could have lost their jobs if they had not been furloughed.

Employers had made 67,000 job claims within half an hour of the system going live at 08:00, HMRC chief executive Jim Harra told the BBC’s Today programme.

Mr Harra said: “The big payroll date this month is on the 30th, so employers can claim anytime today, tomorrow or on Wednesday, and there’s time to get that money into their account for the 30th of April.”

Mike Cherry, the national chairman for the Federation of Small Businesses said the system had “held up” under the weight of applications, adding that employers had generally found it straightforward to submit the information required.

“Of course this is only day one,” he said. “The real mark of success for this scheme will be money in employer back accounts by the end of the month.”

Jenna Sanders, 35, from Manchester has missed out on the furlough scheme because she started her job too late.

The airline flight attendant began her role on 9 March, so missed the original cut-off date of 28 February.

The government then said it was extending the scheme to anyone who had started by 19 March.

“But the small print stated that your employer had to have made a ‘Real Time Information’ submission to HMRC by that date,” Jenna says.

“That is only ever done two days before you get paid, and I get paid at the end of the month, so I am still in this no man’s land.”

Her previous employer, Thomas Cook, cannot furlough her because it went bust last year. And while her current employer has kept her on on unpaid leave, she feels “massively let down”.

“It is not my current company’s fault – they want to help us as much as they can – it’s the government that is ignoring us.”

On Friday, Mr Sunak announced that the wage subsidy scheme would be extended by a further month, until the end of June.

The move came after the government confirmed that lockdown restrictions in the UK would continue for “at least” another three weeks.

Mr Harra declined to predict how much the scheme would cost. Last week, the Office for Budget Responsibility estimated a price tag of £42bn, but that was before the government extended the scheme by a month.

He said he was confident that HMRC could cope with the demand for the scheme.

“We have scaled our IT system to cope with the maximum number of claims that we could receive – there are well over two million Pay-As-You-Earn schemes and our system is big enough to handle a claim from every one of those.”

It’s a massive feat of engineering, an unprecedented reverse plumbing of the tax system. Instead of sucking money out of millions of paypackets, HMRC is pumping cash in to throw companies and employees a lifeline.

The early signs are promising – calls answered, online forms submitted. But now the hard work – to get the money in place for payday – starts. HMRC says funds should be available within six days.

The intervening time is used to check firms are playing by the rules – not illicitly claiming for imaginary employees, for example. But the head of the tax office has admitted they won’t catch every fraudulent case; there has to be a trade-off between speed and compliance.

The smooth start will be a relief to Rishi Sunak, the scheme’s architect .

But what of those who started jobs after 28 February? Also, he’s already extended the length of the scheme once – will he have to do that again, and at what cost? And, as Denmark has done, might he consider withholding help to companies registered in tax havens?

With the amount he’s already had to tackle, it’s easy to forget Mr Sunak has been chancellor for less than three months – but several questions remain.

Adam Marshall, director general of the British Chambers of Commerce, said: “With April’s payday approaching, it is essential that the application process is smooth and that payments are made as soon as possible.

“Any delay would exacerbate the cash crisis many companies are facing and could threaten jobs and businesses,” he added.

How does the scheme work?

Under the Coronavirus Job Retention Scheme, the government will cover 80% of workers’ wages, up to a maximum of £2,500 per worker, per month before tax.

Bosses will pay workers and reclaim the money from HM Revenue and Customs (HMRC) online after the service goes live on 20 April.

The minimum amount of time that an employee can be furloughed is three weeks, and firms are not expected to start receiving money until at least the end of April.

What does it mean if I have been furloughed by work?

According to new research by the Resolution Foundation, the take-up of the scheme has been higher than initially anticipated.

It estimates that eight million workers could be furloughed over the coming weeks.

It found that those working in low-paid sectors – such as hospitality or retail – are worst-affected, with almost half of the workforce expected to be put on paid leave.

Daniel Tomlinson, economist at the Resolution Foundation, said: “The government’s welcome Job Retention Scheme is what stands between Britain experiencing high unemployment over the coming months, and catastrophic depression-era levels of long-term joblessness.

“It is proving particularly essential in big, low-paying sectors like hospitality and retail, where around half the workforce are no longer working.”

High Street chains such as Oasis and Warehouse, as well as fast food firms KFC and McDonald’s, have all furloughed staff as their work has come to a standstill under lockdown.

Rain Newton-Smith, chief economist at the CBI business lobby group, welcomed the launch of the online application service for firms.

“Rolling out the job retention scheme will make a huge difference to tens of thousands of firms and millions of people, protecting jobs and living standards throughout the UK,” she said.

“Ensuring support gets to where it’s needed most – fast – is of the utmost importance.”

Is your company applying for the furlough scheme? Share your experiences by emailing [email protected].