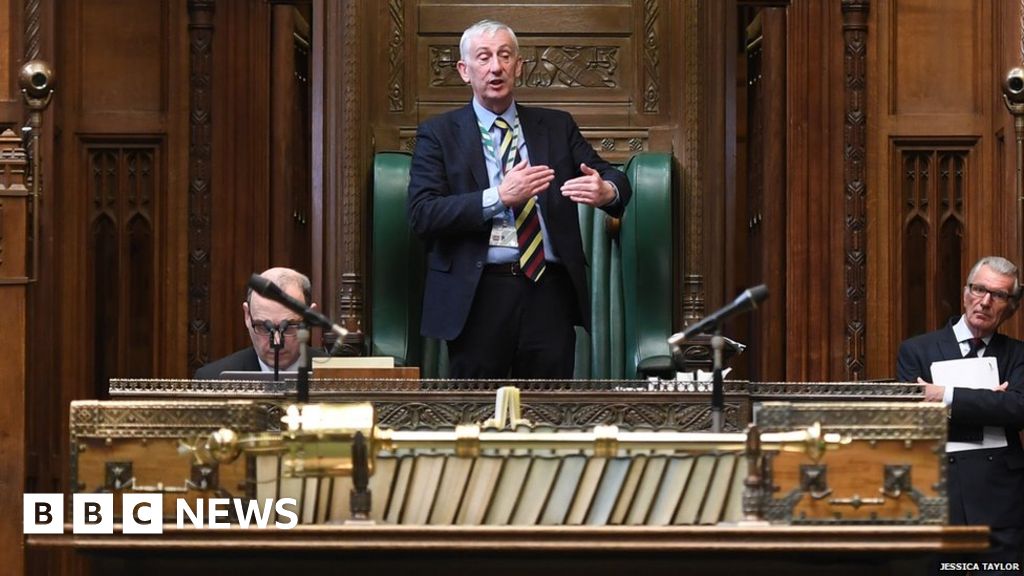 The House of Commons has been trying out its new working arrangements in preparation for MPs’ return later.

Screens have been installed in the chamber to allow MPs to speak remotely while the limited number attending in person will be signposted where to sit.

The new practices will initially operate until 12 May although could remain in place for longer.

They are part of a raft of changes designed to allow Parliament to continue to operate during the coronavirus outbreak, including reduced sitting hours, virtual committee meetings and strict social distancing measures within the Palace of Westminster.

The new “hybrid” system – in which the number of MPs present in the chamber will be limited to about 50 – must be approved by MPs when they return from their Easter break at 14.30 BST. This is expected to be a formality.

The measures will then come into force on Wednesday.

It is hoped the Zoom video-conferencing tool will allow up to 120 MPs to respond to ministerial statements and urgent questions while also allowing ministers not able to attend in person to participate.

Prayer cards normally used to reserve places for MPs on the Commons benches will be replaced by green and red symbols indicating where they should and should not sit in order to keep the recommended six feet apart.

Business on Tuesday and Wednesday is likely to focus exclusively on the government’s response to the pandemic.

While the new system will not initially be used for debating legislation – which will be confined to those actually in the chamber – MPs have called for it to be extended to other forms of parliamentary business.

It is not clear yet what procedures will be used to allow MPs to vote, when this is necessary.

Before Parliament broke up for its Easter recess on 25 March, changes were introduced to reduce the number of MPs required to physically walk through the division lobbies while votes on key legislation, such as the emergency Coronavirus Act, were nodded through without a formal vote.

The Procedure Committee – which looks at the ways MPs conduct business – said it was right that the Speaker had asked the authorities to examine whether remote digital voting could be introduced for a “strictly time-limited period”.

In a report welcoming the wider changes proposed by the Speaker, it said remote voting would be a “fundamental change to the way that the House has conducted its business”.

“We will wish to give detailed consideration to any system developed to supplement or to replace existing mechanisms for divisions, where such a system will which enable absentee voting,” it said.

The committee, chaired by ex-Northern Ireland Secretary Karen Bradley, also expressed concerns about the ability of MPs to hold the government to account.

The government announced on Friday that Parliament would only be sitting for three days a week until future notice, with Thursday and Friday sittings axed.

MPs have now called for limits on written questions to be put to ministers to be relaxed, to allow more scrutiny.

The House of Lords will also be using a new hybrid system when it returns on Tuesday but its proceedings will initially not be broadcast, a move which has caused anger among some peers.