‘My PPE offer to NHS has been ignored’ 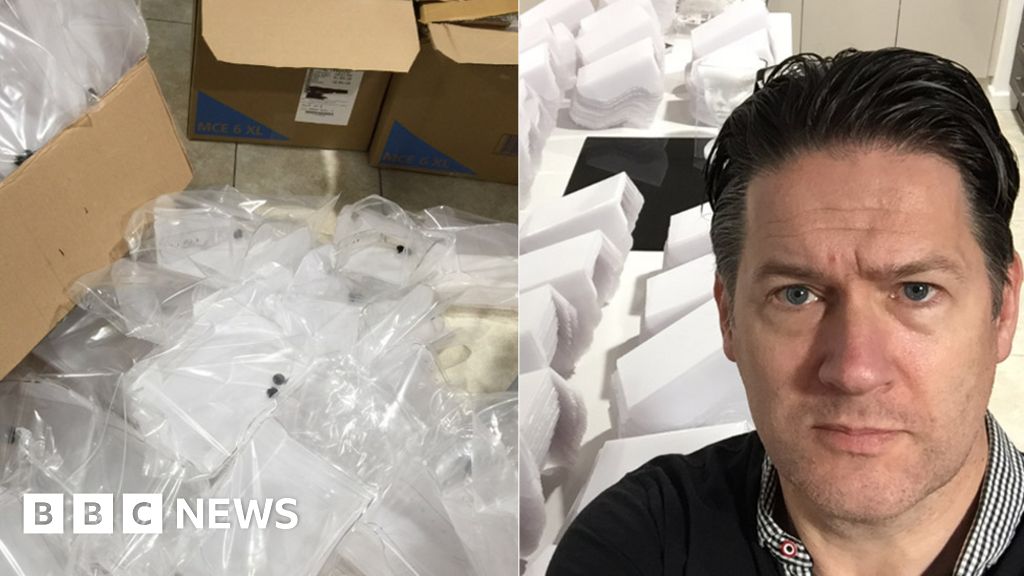 A businessman has been left angry after his offer of 450 visors a day to the NHS has apparently been ignored.

Paul Dodd says he has spent £8,000 on materials and wages for the work but after four weeks has been forced to stop.

Mr Dodd, owner of Weaver Dane and Trade in Cheshire, said: “I knew there was a risk buying materials but I thought I was doing the right thing by helping.”

The Cabinet Office has been asked for a response by the BBC.

The government says it is working “around the clock” to provide PPE, but NHS workers are concerned about supplies, and have been asked to consider reusing some equipment.

Mr Dodd said he had already donated 2,300 visors to local hospitals as part of a separate crowdfunding project, and had a further 1,300 visors stockpiled and ready to go.

He employs nine people and said he had sourced the necessary materials for the work before they sold out.

He spoke of his “frustration” and “disbelief”, adding: “I’ve heard heartbreaking stories, with [NHS staff] in tears.”

After setting up a Facebook page publicising his efforts, Mr Dodd said he was contacted individually by a surgeon, who asked for 75 visors.

The surgeon said he was not prepared to go to work without them, and later emailed to thank him, saying he had carried out a “cardiac procedure” and saved a woman’s life, Mr Dodd explained.

Mr Dodd said he had adhered to government standards in the production of the visors but there was “too much red tape” and people were “passing the buck”.