PM’s return to work ‘a boost for the country’ 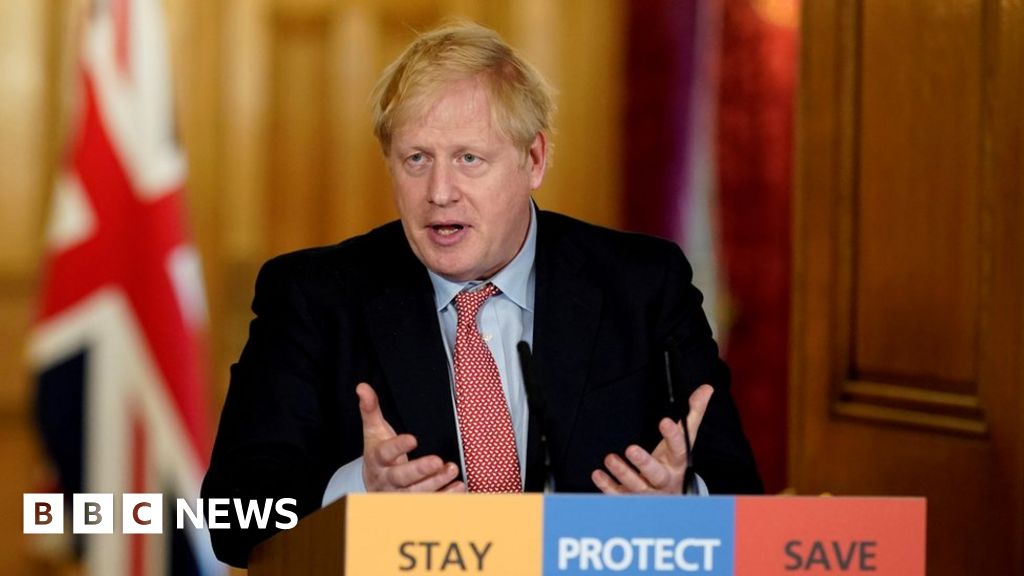 Boris Johnson’s return to work on Monday after more than three weeks out of action will be a “boost for the country”, his deputy has said.

The prime minister will resume full-time duties in Downing Street after a fortnight recovering from coronavirus.

Foreign Secretary Dominic Raab, who has been standing in for him during his absence, said he was “raring to go”.

The PM spent a week in hospital, including three nights in intensive care, after being admitted on 5 April.

During his hospitalisation, he received regular oxygen treatment to help his breathing.

After he was discharged on 12 April, Mr Johnson suggested his condition “could have gone either way” and praised the staff at St Thomas’ Hospital in central London who looked after him.

He has not been doing any official government work during his convalescence at Chequers, on medical advice.

But last week he spoke to the Queen and US President Donald Trump and also met senior ministers, including Mr Raab and Chancellor Rishi Sunak, to discuss the next stage of the UK’s response to the pandemic.

Mr Raab told the BBC’s Andrew Marr that it was good to have the prime minister back and his return would be a “boost for the government and a boost for the country”.

It has been a “difficult time”, acknowledged Dominic Raab of the period he’s spent deputising for the PM.

The government has been without its leader through much of this tumultuous time but Boris Johnson is now well enough to be back in charge as the next major decision looms – where the lockdown goes from here.

Remember, by law, the measures have to be “reviewed” every three weeks.

The PM returns to intense debate within government, within his party and among opposition MPs about the impact of the lockdown and what combination of measures will come to replace the blunt instrument of asking us all to stay at home.

Everyone is mindful of rushing to relax restrictions in case the virus starts to spread rapidly and widely again – and Boris Johnson has his own recent experience of being struck down too.

But there are growing concerns about the profound effect on the economy and all of our lives – as well as what needs to be in place before restrictions can be eased.

The government’s message is clear, that things won’t snap back to how they were before – but the prime minister will ultimately be the one to make the decision about where the new balance lies.

The foreign secretary, who as first secretary of state is the second most senior member of the cabinet, praised other ministers and civil servants for “stepping up to the plate” during the PM’s absence.

Asked whether he had enjoyed the experience of temporarily running the country, he said this “did not do justice” to the task he had been faced with and his thoughts throughout had been with Mr Johnson and his family, “particularly when we knew it was touch and go”.

On Saturday, the number of recorded UK hospital deaths of people with the virus exceeded 20,000. These figures, the fifth highest in the world, do not include deaths in care homes and in the community.

Critics say Mr Johnson was far too slow to respond once the threat to the UK became clear, with the Liberal Democrats calling for a public inquiry into the “appalling” fatality rate.

Mr Raab said the figures were a “grim milestone” but defended the UK’s handling of the crisis, saying the death toll would have been higher if ministers had not followed scientific advice and made key decisions at the right time.

While the UK was “not in the place” it wanted to be in terms of supplies of protective kit to NHS workers, he insisted it was doing all it could and the UK was the “international buyer of choice” amid a global shortage.

Opposition parties have wished Mr Johnson well on his return but said he urgently needs to give more detail about his approach to easing aspects of the current lockdown next month, if it is deemed safe to do so.

Labour’s Rachel Reeves said the UK should “potentially” be following the example of countries like Belgium, Germany and Denmark which have already signalled partial re-opening of some businesses and schools.

“We want to work with the government in bringing forward a plan and getting it right,” she told Andrew Marr.

Speaking on Sky’s Sophy Ridge show, the Greater Manchester Mayor Andy Burnham suggested businesses, including shops, should only be allowed to open if they followed strict social distancing rules.

The ex-Labour minister said such a “standards-based” approach could be enforced by the Health and Safety Executive and would be fairer than favouring different sectors of the economy or parts of the country.