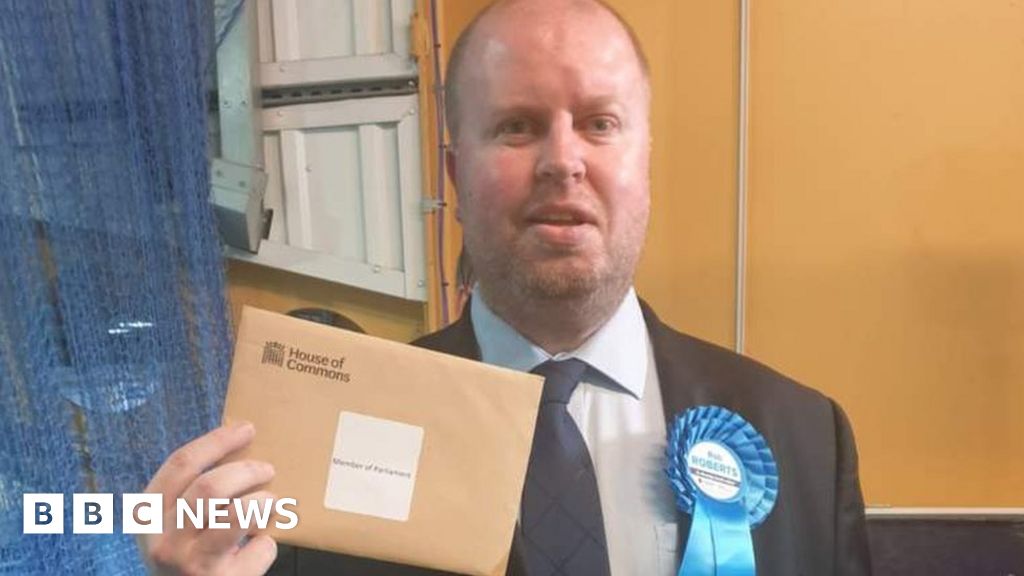 A Conservative MP said his family had been reminded of the government’s lockdown rules amid reports police broke up a party at his house.

Rob Roberts, who represents Delyn in north Wales, insisted he was not at his Flintshire home but in London.

It comes after he called for an investigation into the actions of Boris Johnson’s aide Dominic Cummings who has defended breaking lockdown rules.

Mr Roberts tweeted he was “200 miles away in London” at the time.

The Daily Mirror says two visitors were asked to leave Mr Roberts’ house in Mold and the paper claimed it had balloons and banners outside.

Supt Mark Pierce, from North Wales Police, said that officers visited an address in Mold on Monday “in response to two reports of a possible breach of Covid-19 regulations”.

“When we called at the property, two people visiting the house left following advice and no further action was taken,” he added.

Mr Roberts, who took the Delyn seat from Labour at the the 2019 general election, tweeted on Tuesday night insisting he was in London at the time of the alleged lockdown breach.

“My family have been reminded of the guidance set out by the government,” he said in the tweet.

The alleged incident happened on the day he and a number of Conservative MPs called for a probe into the actions of the prime minister’s chief adviser as they feared Mr Cummings’ lockdown trip to Durham undermined the government’s coronavirus message.