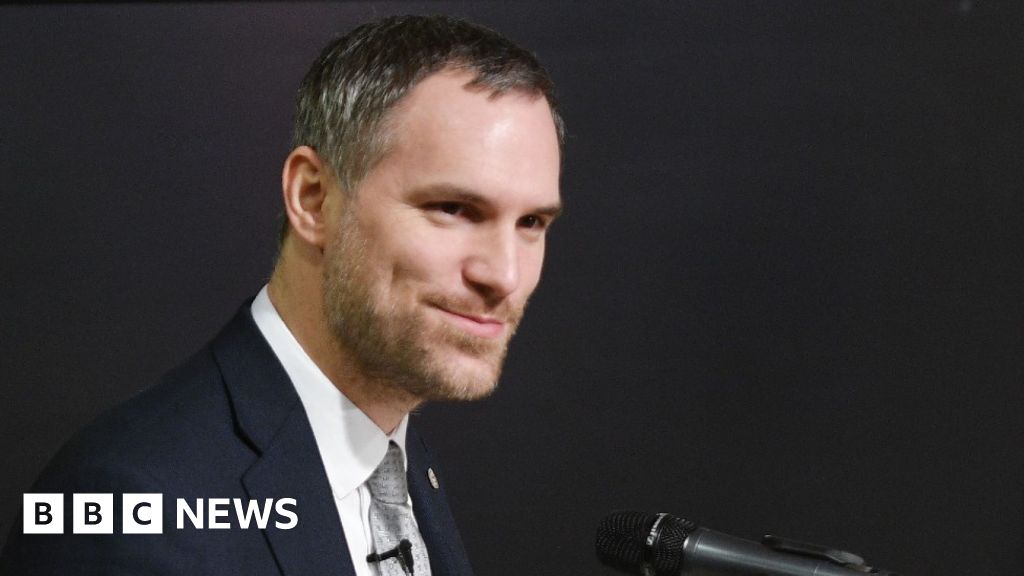 The mayor of Prague has confirmed he is under police protection, days after a news report suggested he was the target of an assassination plot.

Mayor Zdenek Hrib refused to say why he was under protection but said he had told police he was being followed.

Czech law enforcement and politicians have not confirmed there was a plot. The article cites unnamed intelligence sources and has not been verified.

Speaking to BBC Russian, Mr Hrib said he could not say why he was under police protection.

He did say he had filed a report to the authorities after noticing he was being followed close to his home, and had seen the same person “multiple times”, but he added that he could not confirm if the protection was related to this report.

Mr Hrib also said if he had been killed, “this would mean that Russian agencies had crossed a red line”, but refused to say whether such a plot existed or was connected to Russia.

The mayor of Prague recently backed a decision to change the name of the square outside the Russian embassy to that of a murdered Russian opposition leader, Boris Nemtsov.

What does the report allege?

According to the publication, a Russian man travelling on a diplomatic passport arrived in the Czech capital three weeks ago, carrying a suitcase containing the deadly poison ricin.

He was then taken to the Russian embassy in a diplomatic vehicle, Respekt says, citing unnamed intelligence sources.

Ondrej Kundra, the article’s author, told BBC Russian the man had been “working for one of Russia’s intelligence agencies”.

“Czech police got concrete information about him and he was found to be a real threat for… municipal politicians who were in recent months critical of Kremlin,” he said.

The report says both Zdenek Hrib, the mayor of Prague, and Ondrej Kolar, the mayor of the Prague 6 municipality, are now under police protection.

A plot straight out of a thriller

John Le Carré does most of his writing in Cornwall, but if he’s looking for inspiration perhaps he might consider a few months in Prague. When the lockdown lifts, of course.

This extraordinary story of espionage and intrigue could easily provide inspiration for his next novel. I’ve written the first two paragraphs for him:

A black Mercedes with Russian diplomatic plates sweeps up to the concourse of Prague Airport; a fit, muscular man carrying a briefcase jumps in. It drives off just as quickly, throwing up a small cloud of dust.

An officer of the Security Information Service crumples up a paper coffee cup and throws it into a bin. Squinting at the retreating limousine, the man lifts his sleeve to his face and says a few words in Czech.

But is this story – like these paragraphs – fiction? The idea that the GRU would assassinate the mayor of a European capital is surely fantasy.

Calls to various high-level sources yielded nothing. Everyone had heard something. No-one could confirm it. But neither would anyone dismiss it out of hand.

Czech daily newspaper Denik N says three intelligence sources have told them counter-intelligence workers warned the government the man posed a clear danger to local politicians – including a third mayor, Pavel Novotny in the nearby town of Reporyje.

The newspaper also alleges that the matter came up at a meeting between Czech Foreign Minister Tomas Petricek and Russian Ambassador Alexander Zmeyevsky.

Zuzana Stichova, Czech foreign ministry spokeswoman, told the BBC they would “not comment on the leaks published in the media”, adding that they worked with the security services and “react adequately to all advice and information we receive about potential threats”.

“The fact remains that several weeks ago an appropriately accredited Russian diplomat returned to Prague from a business trip and he was met at the airport by his colleagues,” she said.

Who are the politicians?

Both Mr Hrib and Mr Kolar have spoken out against Mr Putin’s government in recent months.

Mr Hrib backed plans to rename the square outside the Russian embassy to honour Boris Nemtsov, a Russian opposition leader who was killed near the Kremlin in 2015.

Russia has since changed the address of its embassy to nearby Korunovacni Street, Czech media reports.

Several other cities – including Washington DC in the US and Vilnius in Lithuania – have renamed areas outside Russian embassies after Nemtsov.

Asked if he regretted the decision to support the name change, Mr Hrib told BBC Russian: “I wouldn’t change anything.”

He also refused to comment on how this could affect relations between the Czech Republic and Russia. “Here in Prague we don’t do foreign politics,” he said, adding diplomacy was “outside the scope of the mayor of Prague”.

Konev is regarded as a war hero in Russia, and was the first Allied commander to enter the Czech capital in 1945 after Nazi forces left the city.

But a statue to Konev erected in Prague in 1980 proved controversial, due to Konev’s role in the suppression of the Hungarian Revolution in 1956 and his actions during the Prague Spring in 1968.

The monument was eventually removed this month during the coronavirus lockdown – a move condemned by the Czech president as “an abuse of the state of emergency”.

Russia has since announced an investigation into the removal of the Konev statue.

Mr Kolar was previously forced to leave Prague in 2019 after receiving threats online because of the debate about the statue.

The USSR controlled Communist-run Czechoslovakia for four decades. Soviet-led forces invaded Czechoslovakia in 1968 after the government there passed a series of reforms to liberalise the Communist nation.

Communist control of the country ended in 1989. The Czech Republic amicably split with Slovakia in January 1993.