Pressure to give businesses ‘hope’ in lockdown 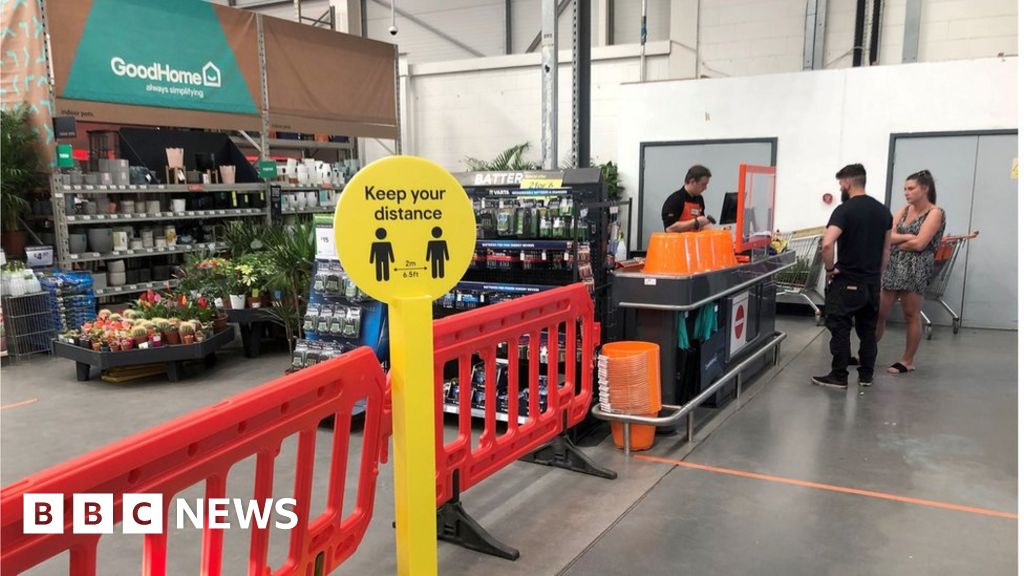 The government is facing pressure to give businesses “hope” after a warning that social distancing could last for the rest of the year.

The hospitality industry has warned that maintaining social distancing until next year will be catastrophic.

Cabinet minister Brandon Lewis said there is a difficult balance to strike between health and economic concerns.

It comes after the government’s chief medical adviser, Professor Chris Whitty, said the UK would have to live with some disruptive social measures for at least the rest of the year.

Sir Geoffrey, treasurer of the influential 1922 Committee of backbench Conservatives, told BBC Radio 4’s Today programme that some companies are “likely to cease trading” unless they receive “some form of indication” of when they can resume business as usual.

“We have to, on behalf of the businesses of this country, begin to give them a little bit of hope as to when we might be able to get back to normality,” he said.

He stressed that the next steps must be carried out “gradually”.

However, Mr Lewis said “we don’t want to get ahead of ourselves” and the best way to protect the public and the NHS was to stay at home.

“One of the most damaging things for our economy would be if we came out of lockdown too early,” he said, adding that this would risk a second peak.

His comments come as the director of the Institute for Fiscal Studies said the UK’s budget deficit is set to see “an absolutely colossal increase to a level not seen in peacetime”.

Paul Johnson told the BBC that the economic impact of coronavirus was likely to push the deficit to as high as £260bn.

‘A semblance of normal life’

BBC political editor Laura Kuenssberg said it was “more likely than not” that the government would spell out “possible flexing and bending” of the restrictions around the time of its next review of the lockdown on 7 May. She said ideas were being considered that could allow for “a semblance of normal life” while maintaining social distancing.No firm decisions have been taken yet, she added, but considerations included staggering rush hours, employers introducing shift patterns, and different year groups attending school on different days.

He said “in the long run” the ideal way out would be via a “highly effective vaccine” or drugs to treat the disease.

But he warned that the chance of having those within the next calendar year was “incredibly small”.

The latest figures show a further 759 people have died with the virus in UK hospitals, bringing the total number of deaths to 18,100.

Meanwhile, the government’s scientific advisers will present their findings to ministers later on whether the public should wear face masks.

No decision has yet been made, but the expectation is that the Scientific Advisory Group for Emergencies (Sage) will recommend that the public should not wear medical face masks, BBC Newsnight’s Nicholas Watt says.

But the scientists may well say that people should be free to wear their own masks or a scarf across their face as they do provide some benefit, he adds.

Prof Martin Marshall, chairman of the Royal College of GPs, said advising the public to wear masks on a voluntary basis rather than a mandatory one “makes sense”.

He told BBC Radio 4’s Today programme: “In most cases there’s no researched evidence to support wearing a mask if you’re basically fit and well,” he said, adding that it can lead to a “higher risk” of infection if people touch the mask and their eyes.

How are you coping with life under the current social restrictions? Share your experiences by emailing [email protected].