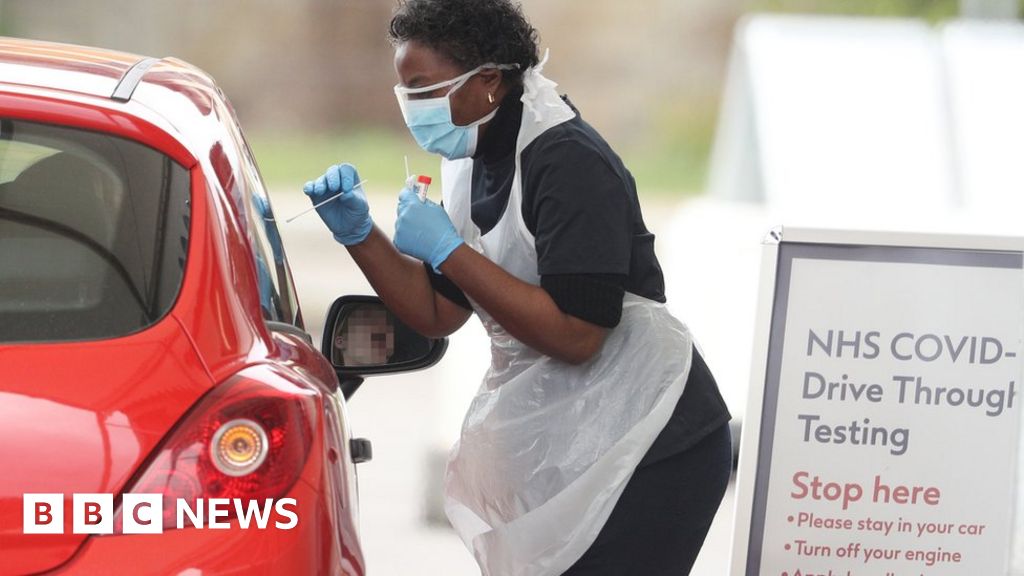 It is “probable” the government will miss its 100,000 a day coronavirus test target, a senior minister has admitted.

Health Secretary Matt Hancock pledged to reach the target by the end of April – but only 52,000 tests were carried out on Tuesday.

Hospital chiefs described the figure as a “red herring”, saying there was a need to carry out mass testing.

That strategy has been implemented by other countries, including Germany.

Mr Hancock set out the government’s daily testing target of 100,000 per day on 2 April, after Prime Minister Boris Johnson initially identified an aim to carry out 250,000 tests a day.

Mr Buckland told Sky: “Even if we don’t hit it, and it’s probable that we won’t, we will in the next few days hit that target.”

On BBC Breakfast, he acknowledged that while the government target may not be met by the end of the month, it was important to be “bold” in the circumstances.

“Even if it [the target] isn’t met, we’re well on our way to ramping this up and 100,000 is an important milestone, but frankly we need more,” he said.

‘Once a week testing’

Chris Hopson, chief executive of NHS Providers, which represents hospitals and NHS trusts in England, said the UK should replicate mass testing capacity that has been seen in countries such as Germany and South Korea.

He said: “The focus on ‘we are going to perform 100,000 tests a day’ is really a red herring because all it does is measure how many tests get performed today.

“What we need to know is what are we going to do in terms of the testing regime over the next six, eight, 10, 12 weeks as we come out of lockdown?”

In order to exit lockdown, Mr Hopson said the 800,000 people who work for the NHS would need to be tested around once a week.

This week testing has been extended to those with symptoms who are essential workers, over 65 or have to work away from home, as well as to anyone who lives with someone in these groups and has symptoms.

The latest figures announced at Wednesday’s briefing showed 52,429 people were tested for Covid-19 in the UK on Tuesday.

Ministers said there is a capacity for about 73,000 tests per day.