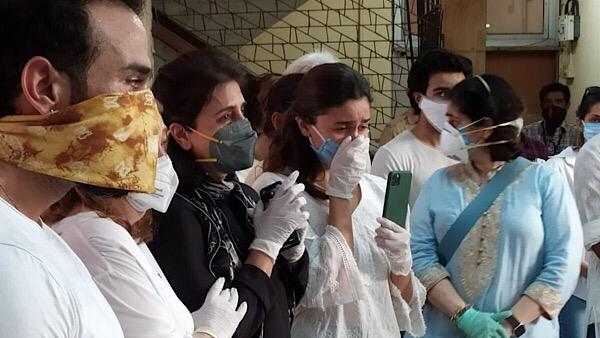 In the pictures and videos of his funeral which are circulating on the internet, Alia Bhatt, who is in tears, can be seen holding up her phone as if she is recording a video. According to a Times of India report, Alia was in a video call with Ranbir’s sister Riddhima Kapoor, who could not make it to the funeral.

Alia had done a similar thing when Ranbir could not attend Krishna Raj Kapoor’s funeral in 2018. She had made Ranbir a part of it through video call.

Riddhima was permitted to travel from Delhi to Mumbai but could not make it in time for the funeral. She took to her social media platforms to pay her final respects to her father, as she wrote, “Papa I love you I will always love you – RIP my strongest warrior I will miss you everyday I will miss your FaceTime calls everyday! Until we meet again papa I love you – your Mushk forever” (sic). She shared a throwback picture with Rishi.

Rishi passed away at 8:45 AM on Thursday, after being admitted to the HN Reliance Foundation Hospital on Tuesday night. Rishi had been fighting leukemia for two years, and had reportedly recovered after receiving marrow treatment in New York. However, the actor was rushed to the hospital on Wednesday night when his health deteriorated. 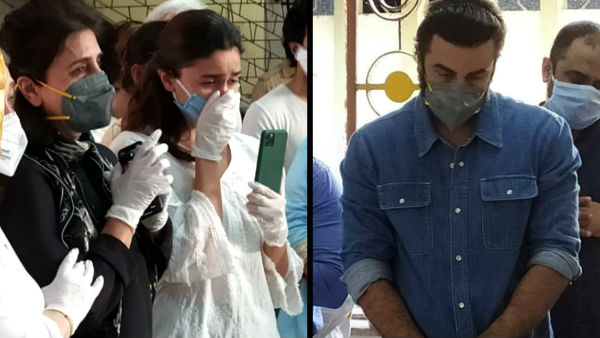