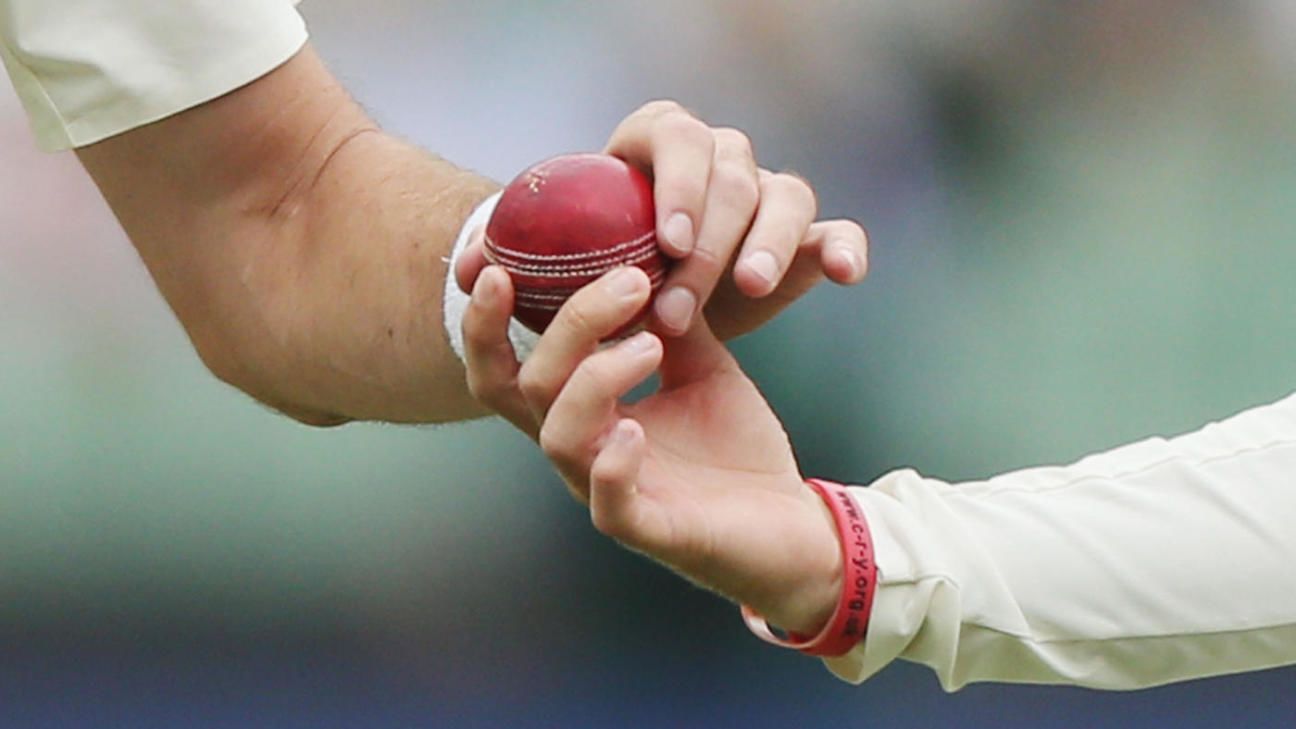 In the wake of the Covid-19 pandemic, to avoid the dangers of rubbing saliva on the ball, cricket is deliberating the use of an artificial substance like wax or shoe polish to facilitate swing bowling. Effectively it is ball-tampering under the current set of Laws but the proposal says it will happen under the strict supervision of the umpires. ESPNcricinfo asked five former fast bowlers their thoughts on replacing spit or sweat with an artificial substance. This is what they had to say.

Not allowing sweat or saliva, murdering the bowlers: Ashish Nehra

What is ball-tampering? When you scratch the ball on one side with your nail, bottle cap, with your spikes or any other means. But that does not make the ball reverse. You have to use saliva, sweat, murray mints etc. to not just shine the ball, but also make the other side heavy. That is how you traditionally get reverse swing.

The other significant thing to keep in mind is fast bowlers need to practise using the artificial substances that will be permitted during a match under the umpire’s supervision. You can’t just expect fast bowlers to arrive at a Test match and suddenly start swinging the ball even conventionally.

Bowlers need to have the experience of using these artificial substances, like wax or shoe polish, you are talking about to shine ball and understand its behaviour. Also different balls – Kookaburra, SG Test, Dukes – will behave differently on different surfaces. So there are plenty of unknowns as far as I am concerned.

How many times am I allowed to approach the umpire to use the artificial substance to shine the ball? When we put saliva, at times I would rub that after every second or third delivery. There are different ways to shine the ball. Sometimes you don’t shine the other side completely, especially if your ball has landed on the seam. Sometimes the ball goes to boundary or into the stands and comes back damaged, then you shine the ball in a different way.

Let’s say a Test match is on and the ball, SG Test, is semi-new, about 25 overs old. But it is not reversing and the ball has become a bit soft. Umpire is refusing to replace the ball. Now if you put too much spit on SG Test the ball gets more and more softer. Then you don’t get the zip as a fast bowler or even as a spinner.

Also you have to make sure that your team-mates are not using too much sweat or spit in such a scenario. I was told by [Javagal] Srinath when I was young when to shine and not to and similarly I passed the tips to other youngsters – that it is better to keep the run-rate tight and once the ball starts to reverse when it is a bit more old then we can apply sweat or spit to facilitate further swing.

So legalising use of some artificial substances to shine the ball under supervision is not suddenly going to help swing the ball. Because you are used to working on the ball naturally using spit and sweat at different points on different balls in different conditions on different surfaces.

I feel a better choice could be to allow a team to pick one player who will be specifically in charge of using saliva on the ball when there is a need to shine. That is a much better alternative because that way we can continue to naturally work on the ball.

By permitting artificial substances to aid swing, the ICC is going back on its own rules. But as far as I am concerned allowing wax, vaseline etc on the ball is not exactly equivalent to ball-tampering. If it actually says go ahead and rough the ball from the other side, then probably the bowlers will welcome the move. Because with a bit of practice, the bowlers will dominate the batsmen, who are bound to say it is unfair. But if you are saying the artificial substance is allowed to be used only on the shiny side and the other side cannot be touched, then you might see more instances of teams piling huge totals.

Personally I feel not allowing the use of sweat or saliva is once again murdering the bowlers.
As told to Nagraj Gollapudi

I have read that ICC is contemplating preventing people from using saliva on the ball due to Covid-19 and allowing them to use foreign substances on the ball to keep the shine on but in front of the umpire. I don’t understand the logic behind that.

Before they got to that point they said, if they restart cricket, it has to be played in a bio-secure environment. They were saying cricketers, for instance, would have to isolate themselves for two weeks to make sure that everything was fine for when they got to the venue before the match started. And everyone involved (with the match) will have to do the same thing.

Now if you are saying everyone is in the bio-secure environment, you are staying in the same hotel, you are not moving for the length of time you are playing the matches, if that is the case, why are you worried about someone’s saliva? That person, according to what you are doing, should be free of Covid-19. If the ICC thinks that the two-week period to prove that you are free of Covid-19 is not foolproof, then that means you are putting everyone in that environment in jeopardy? Why would you want to play cricket under those circumstances? It’s either safe or it’s not. No guessing, please.
As told to Nagraj Gollapudi

As a fast bowler, I reject this because this [using saliva and sweat] is a natural process. A ball exchanges hands all day. You run in, huffing and puffing, so you sweat and that gets on the ball. Also, using saliva is natural rather than on intent. It’s a habit and you just can’t control this aspect.

I don’t know how this discussion came up, but I feel people who want the game to be played are frustrated with the lockdown. They are overthinking it. I doubt this new idea of using (artificial) substance instead of saliva is a solution. You can make a bowler use a predefined substance on the ball, but at the same time, practically it’s not possible to prevent a bowler using his sweat or saliva.
As told to Umar Farooq

I absolutely agree with legalising ball-tampering. I said so in an article sometime in the 2000s. It happens anyway. We see guys throwing the ball on the ground and umpires say to throw it up and it’s pretty obvious what they are doing.

It could work if it is well-monitored. There’s no reason why, if you are really struggling at the SCG and you are looking for reverse swing, you shouldn’t be able to try and get some by working the ball. It evens the game out.

I don’t mean you should be able to bring bottle tops onto the field or bite the ball, but I genuinely think there is scope for working on the ball, if it is well controlled. For example, maybe you could throw the ball into the ground for a period of time and that that time elapses. I had never thought of shoe polish. I suppose you’d take a whole box out there and get buffing.

When I first started, I had a chat with the great Imran Khan and he told me they used to wet one side of the ball a lot, with moisture, with sweat and get it heavy and keep the other side shiny. It was hard work and it took a long time, so if there’s another way, that might also work. We know in baseball they use something, I think it’s still a mystery, to get the ball to swing in and dip.

I’m quite surprised to hear this is being considered. It’s quite enlightening. I’d be interested to hear what the big-name batsmen have to say about this because I am sure there will be a few comments. But I say if there’s anything that can work, we might as well give it a crack.
As told to Firdose Moonda

How will they monitor what substance to be used – Azhar Mahmood

I don’t mind such a move although I am more interested in how they will monitor what the substance to be used is. I think the ball manufacturers could have a big role to play in what is used, as they will know best what kind of substance is best suited to the leather that is being used on the ball. It could be that bowlers are allowed to use a small bottle, like a hand sanitiser bottle, of the substance to use as shine on the ball.”
As told to Osman Samiuddin