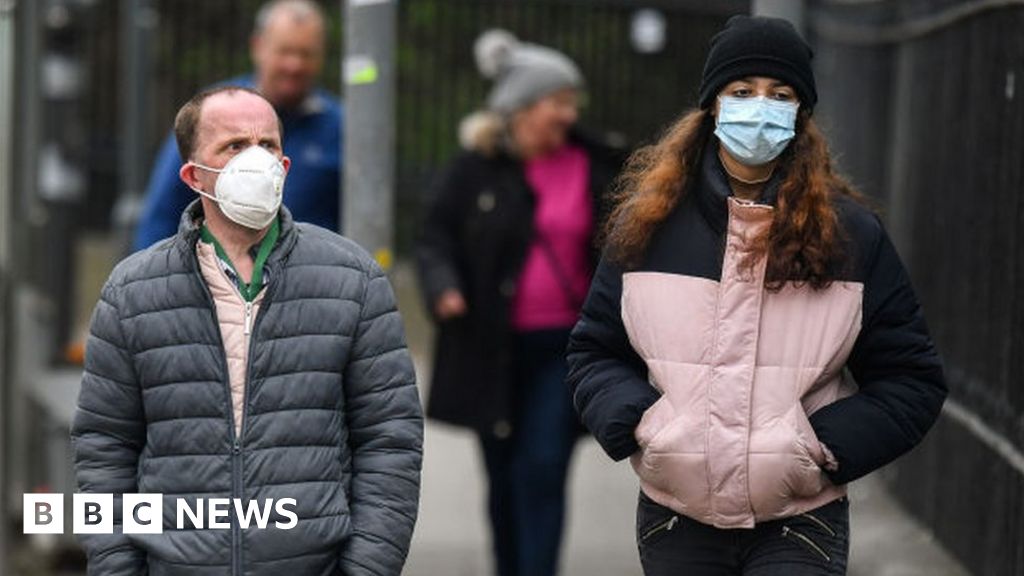 The Scottish government has recommended people cover their faces while in some enclosed public spaces, such as shops and public transport.

First Minister Nicola Sturgeon said there could be “some benefit” in wearing a cloth face covering in places where safe social distancing was difficult.

But she said it was “not a substitute” for existing lockdown restrictions.

The government guidance is not mandatory and will not be enforced.

Ms Sturgeon stressed that the guidance related to cloth garments such as a scarf rather than “medical grade facemasks” like those used by health and care workers.

The first minister said evidence about the usefulness of face coverings was “limited”, but that there may be “some benefit in wearing a face covering if you enter an enclosed space where you will come into contract with multiple people and safe social distancing is difficult”.

She said: “To be clear, the benefit comes mainly in cases where someone might have the virus but is not aware of that because they are not experiencing symptoms and thus not isolating completely.

“Wearing a face covering in those circumstances could reduce the risk of that person spreading the virus.”

Ms Sturgeon said there was no evidence to suggest that wearing a face covering outdoors was of any benefit.

The first minister warned that she did not want people to “think they are invincible” while covering their face in enclosed spaces such as shops.

She said: “It may do some good in limited circumstances, but it cannot and should not be seen as a substitute for the other rules and guidelines.”

What does does the guidance say?

The government advice says face coverings should not be used by people with asthma or children under the age of two.

It adds: “When applying or removing the covering, it is important that you wash your hands first and avoid touching your face.

“After each use, you must wash the face covering at 60 degrees centigrade, or dispose of it safely.”

The guidance also says that it is “not being made mandatory and will not be enforced at this stage” due to the “relatively weak” evidence of the impact of face coverings on transmission of the virus.

However, Ms Sturgeon said this would be kept under review as the government considers how to ease lockdown restrictions.

What is happening in other countries?

Other countries have brought in different rules around the wearing of face masks.

They are to become compulsory on public transport in Germany, and in supermarkets and pharmacies in Austria.

Residents in Lombardy in Italy must cover their nose and mouth when outside and the French government plans to give out masks to the general public.

Air passengers in Canada must wear a non-medical mask or a face covering, and in the USA, people are advised to wear “cloth face coverings” in supermarkets and pharmacies.

Ms Sturgeon also announced that all over-70s in Scotland will now be tested for Covid-19 on admission to hospital. They will also be tested every four days throughout their stay.

The latest figures show that 10,721 people have tested positive for the virus in Scotland, of which 1,754 people are in hospital, and 126 are in intensive care – figures which Ms Sturgeon said “continue to give us case for cautious optimism”.

Ms Sturgeon said a further 70 people who had tested positive for the virus have died, bringing the total under that measure to 1,332.

Wider statistics including deaths where Covid-19 was a suspected cause will be published on Wednesday.

Ms Sturgeon said: “These numbers are not and never will be seen as just statistics – behind each and everyone of these numbers is a unique and irreplaceable individual whose loss is a source of grief for their friends and family.”