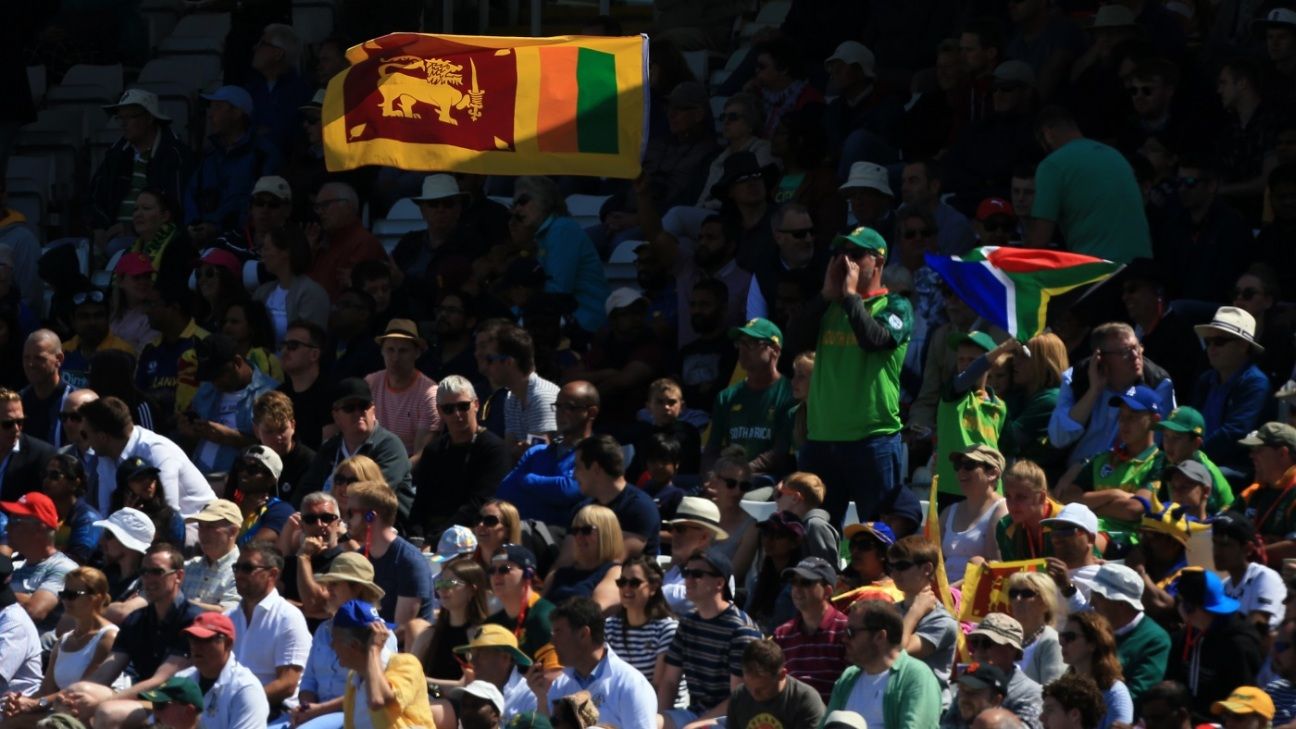 South Africa’s limited-overs tour of Sri Lanka, which was scheduled for the first half of June, has been postponed because of the Covid-19 pandemic. The teams were set to play three ODIs and three T20Is during the tour, with results from the former counting towards points in the ICC’s new one-day league.

“It is very sad that we have been forced to take this step and we will re-schedule the tour as soon as cricket returns to a sense of normality and our international fixture list allows,” Cricket South Africa acting chief executive Jacques Faul said in a statement.

“Our Proteas would not have been able to prepare properly taking our own lockdown situation into account and, more importantly, health considerations for our players, which are always paramount, were the over-riding factor.”

Graeme Smith, CSA’s director of cricket, had also earlier indicated that players would need six weeks of preparation time before embarking on a tour, given the ongoing global lockdowns.

South Africa’s next assignment is a two-Test, five T20I tour to West Indies in July-August. A decision on that tour is expected mid-May.

The inaugural ODI league was due to run from May 2020 to March 2022, featuring the 12 Test-playing teams and Netherlands – the 13th ranked ODI side, which qualified for the league from the World Cricket League Championship. The top eight sides from the league will qualify automatically for the 2023 World Cup.

“[This series] would have been a particularly important tour for us with the three ODIs counting for the new ICC one-day league and the T20 programme being part of our preparation for the ICC Men’s T20 World Cup scheduled for Australia later this year,” Faul said. “It is very frustrating for the players who want to build on the good form they showed at the back-end of our home summer against Australia.”

This is the second one-day series with ODI league points at stake to be postponed, after Ireland v Bangladesh. The ICC is yet to officially comment on how the schedule will be rejigged to accommodate series that are part of the ODI league and the Test Championship, but more is expected on this following high-level meetings on Thursday.

Two series that count towards the Test Championship – Sri Lanka v England and Bangladesh v Australia – have also been postponed due to the pandemic. The men’s T20 World Cup is scheduled to be played in Australia in October-November, another tournament that is in doubt in current circumstances.