The ups and downs of Harrison Ford’s flying career 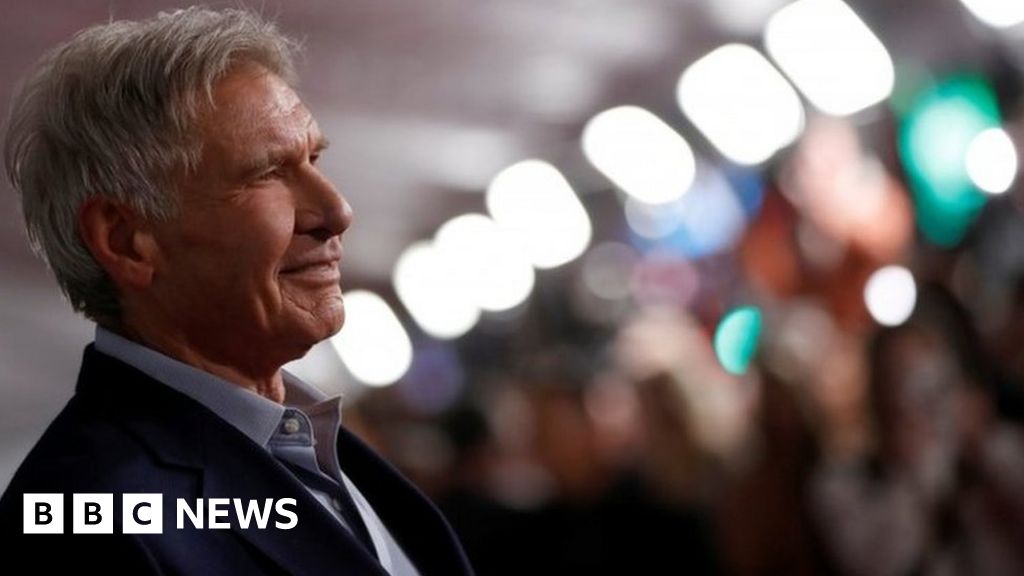 The film industry loves a franchise. And with that thought, we bring you the latest instalment in the long-running series, Harrison Ford’s Aerial Mishaps.

The Star Wars, Indiana Jones and Blade Runner actor – and keen aviator – is being investigated after US air authorities said he wrongly crossed a runway where another aircraft was landing.

It is not the first time the 77-year-old has got into trouble.

Part I: A Star is Airborne

Ford first took flying lessons after leaving university but ran out of money to do more.

Once he reached his 50s, and with cash less of a problem, he renewed his training in part to “see if I could learn something new”.

It was while training in a helicopter in 1999 that he saw his first accident, when he made an emergency landing in a dry river bed in California.

He had been practicing landing safely in an emergency. Both Ford and his instructor walked away unhurt although the craft was badly damaged.

Ford was less lucky in 2015, leaving in a stretcher after bringing his plane down on a golf course in Los Angeles.

He reported engine failure shortly after taking off and crash-landed at a course near to the airport.

Onlookers had the presumably surprising task of pulling one of Hollywood’s biggest stars from plane wreckage. He suffered a broken arm and head injuries.

Ford won praise from air experts and witnesses for bringing the plane down in open space rather than a built-up area.

Christian Fry of the Santa Monica Airport Association said it was “an absolutely beautifully executed emergency landing by an unbelievably well-trained pilot”.

Part III: Return of the ‘Schmuck’

In 2017 Ford escaped sanction after mistakenly landing his plane on a US airport taxiway, narrowly missing an airliner carrying more than 100 people.

Shortly after the incident the actor acknowledged his mistake in a phone call to air traffic control.

“I’m the schmuck who landed on the taxiway,” he says in his unmistakeably growly voice.

The Federal Aviation Administration (FAA) decided against taking action, only requiring him to take extra training.

Part IV: The Runway Strikes Back

The FAA says he was piloting a small plane that wrongly crossed a runway where another aircraft was landing.

There was no danger of a crash, the FAA said, and a representative for the actor says he apologised.

Ford has put his skills to better use. He has volunteered to fight wildfires and in 2001 found and rescued a 13-year-old boy scout missing in Yellowstone National Park.

Cody Clawson was missing for 19 hours and Ford joined the massive rescue operation to find him.

Ford spotted the teen and set his helicopter down on a nearby hill to collect him.

Remembering his rescue years on, Mr Clawson said: “I was like, ‘Oh my God, Han Solo has just rescued me, how cool is that’.”

After years of real-life flying that saw near misses and dramatic rescues it is ironic that one of the most serious incidents would involve a spaceship.

While filming a new instalment of the Star Wars series in 2014 he was crushed by a hydraulic door of the Millennium Falcon, the craft piloted by his character Hans Solo.

He suffered a broken leg and had to be airlifted to hospital. A court heard that he could have been killed.

Ford described what happened on UK talk show, saying during the filming of the first series such props would be operated by pulleys.

“Now we had lots of money and technology and so they built a [expletive] great hydraulic door which closed at light speed and somebody said, ‘Ooh I wonder what this is?'”

“And the door came down and hit me on my left hip,” he said.