Tokyo ‘is overwhelmed with sick patients’ 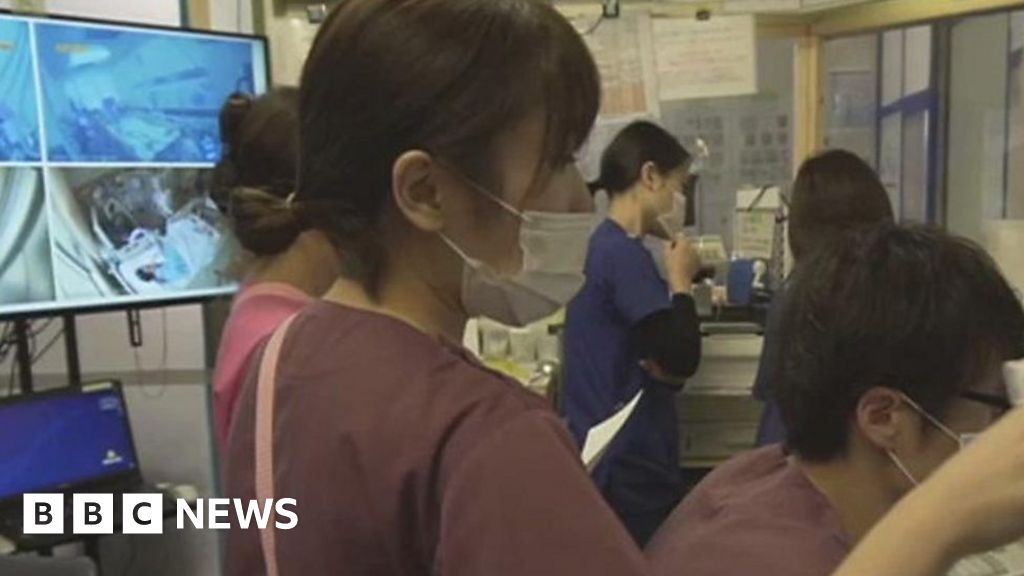 Until recently, Japan had been one of the success stories in controlling the spread of Covid-19.

In February and March, Japan succeeded in suppressing early cluster outbreaks, and in keeping total infections in the hundreds.

But now the capital Tokyo appears to have a developing epidemic with more than 3,500 cases confirmed. Countrywide there are now more than 12,000 cases.

Doctors in Tokyo say a state of emergency, declared two weeks ago, is not slowing the spread of the virus enough to stop new cases overwhelming the hospital system.

Rupert Wingfield-Hayes and the BBC’s Tokyo team have been inside one hospital just south of the capital, which has built a makeshift Covid-19 unit in just 10 days, to try to deal with the overflow.