Tombstone : An Iliad of the Southwest (Historians of the Frontier and American West Series) 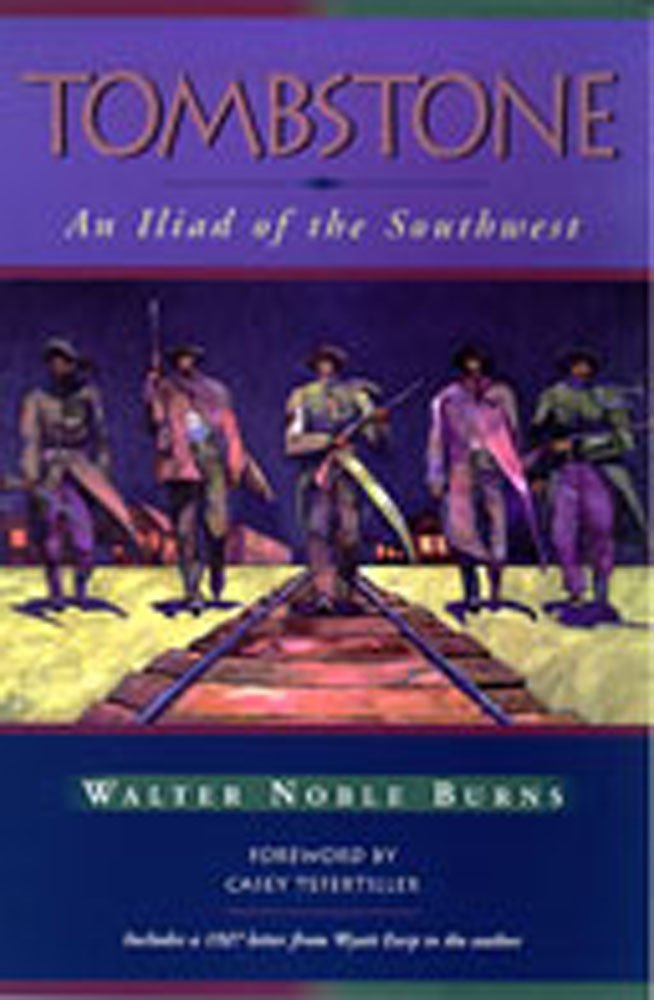 First published in 1927, Tombstone defined the legend of lawman-gunfighter Wyatt Earp. A mixture of fact and fiction, Walter Noble Burns’s portrayal of Earp has profoundly influenced subsequent generations of historians, novelists, and screen writers. Born in 1849, Earp grew up on the Missouri-Kansas frontier and first came to notice as a no-nonsense town marshal in rip-roaring Dodge City, Kansas. Moving to wide-open Tombstone, Arizona in 1879, he became a businessman and deputy United States marshal where he was soon joined by his four brothers. In Burns’s narrative, the Earp clan represents law and order in the lawless, chaotic Old West. The collision between civilization and frontier explodes in the bloody and legendary shootout at the OK Corral between the Earps and the Clanton-McLowery gang. The Earps prevailed, but the subsequent shootings of two Earp brothers drove the calm, courageous, and somewhat emotionless Wyatt to take the law into his own hands. In a personal rage, he hunted and killed the treacherous “assassins.” Wyatt Earp’s most recent biographer, Casey Tefertiller, discusses the influence of Tombstone on the history and legend of Wyatt Earp and the Old West.