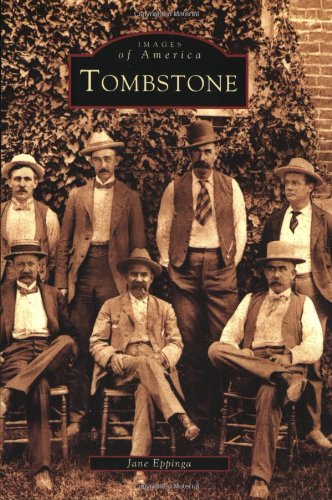 Tombstone sits less than 100 miles from the Mexico border in the middle of the picturesque Arizona desert and also squarely at the heart of America’s Old West. Silver was discovered nearby in 1878, and with that strike, Tombstone was created. It soon grew to be a town of over 10,000 of the most infamous outlaws, cowboys, lawmen, prostitutes, and varmints the Wild West has ever seen. The gunfight at the O.K. Corral made Wyatt Earp and John Henry “Doc” Holliday legendary and secured Tombstone’s reputation as “The Town Too Tough to Die.” In this volume, more than 200 striking images and informative captions tell the stories of the heroes and villains of Tombstone, the saloons and brothels they visited, the movies they inspired, and Boot Hill, the well-known cemetery where many were buried.