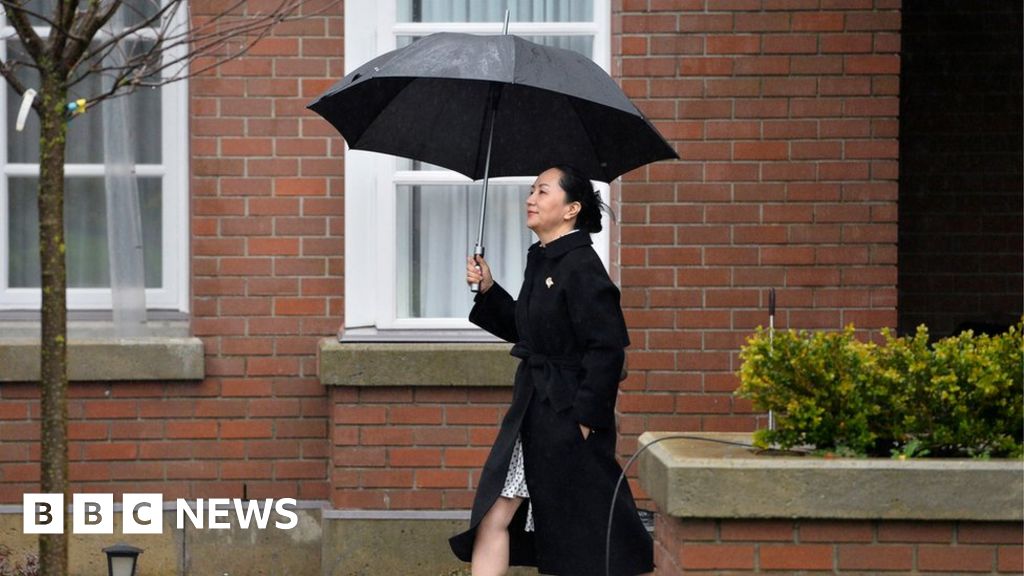 A Canadian court has ruled that the case of senior Huawei executive Meng Wanzhou, who is fighting extradition to the United States, can go forward.

A judge found that the case meets the threshold of double criminality – meaning the charges would be crimes in both the US and Canada.

The US wants Ms Meng to stand trial on charges linked to the alleged violation of US sanctions against Iran.

Her case has created a rift between China and Canada.

Her lead defence lawyer, Richard Peck, has argued in court that Canada is effectively being asked “to enforce US sanctions”.

But Associate Chief Justice Heather Holmes ruled Wednesday in British Columbia’s Supreme Court in Vancouver that the crimes she is charged with in the US would also have been crimes in Canada in 2018.

“Ms Meng’s approach … would seriously limit Canada’s ability to fulfil its international obligations in the extradition context for fraud and other economic crimes,” she added.

The US has charged her with fraud over a Huawei-owned company’s alleged dealings with Iran.

Relations between the US and China have already been strained by disputes over trade and the future of Hong Kong.

Following Wednesday’s ruling, Reid Weingarten, a US lawyer for Ms Meng, said his client should “not be a pawn or a hostage” in the China-US relationship.

“Today’s ruling in Canada is only the opening salvo in a very long process … we are confident that ultimately justice will be done,” he added.

China has repeatedly called for Ms Meng to be released, and on Tuesday Beijing reiterated those calls and warned of a possible further diplomatic rift with Canada.

A Chinese foreign ministry spokesman said that Canada “should immediately correct its mistake, release Ms Meng and ensure her safe return to China at an early date so as to avoid any continuous harm to China-Canada relations”.

On Wednesday after the ruling, Mr Kovrig’s former employer called on China to release him.

“Ruling was not about our colleague Michael Kovrig & ought have no bearing on his case,” tweeted Robert Malley, president and CEO of International Crisis Group.

Lawyer Nick Vamos, former head of extradition at the crown prosecution service in the UK, told the BBC that Ms Meng’s case is being closely watched because of the “geopolitics” involved.

What is the background?

Ms Meng is the chief financial officer of Huawei and the daughter of its founder Ren Zhengfei.

She has been out on bail but under house arrest in Vancouver, where she owns property, since shortly after she was detained in December 2018.

Not long after her arrest, China detained two Canadian nationals – Mr Kovrig and Mr Spavor – and has accused the pair of espionage.

The move by Beijing is widely viewed as “hostage diplomacy” – a tactic to put pressure on Canada to release the Huawei executive.

Ms Meng’s arrest also led to a trade row between Canada and China.

China says the case is political persecution by the US.

Washington has been lobbying its allies – including the UK – to not use Huawei’s 5G technology services in critical communications infrastructure, alleging it could be a security threat.

What is next in the case?

A second hearing, focusing on allegations of abuse of process and whether Canadian officials followed the law while arresting Ms Meng, is currently scheduled for next month.

Even if a Canadian court eventually recommends extradition, it is the federal justice minister who makes the ultimate decision.

It is highly likely the overall process could be lengthy. Ms Meng has avenues to appeal throughout the process and some extradition cases have dragged on for years.