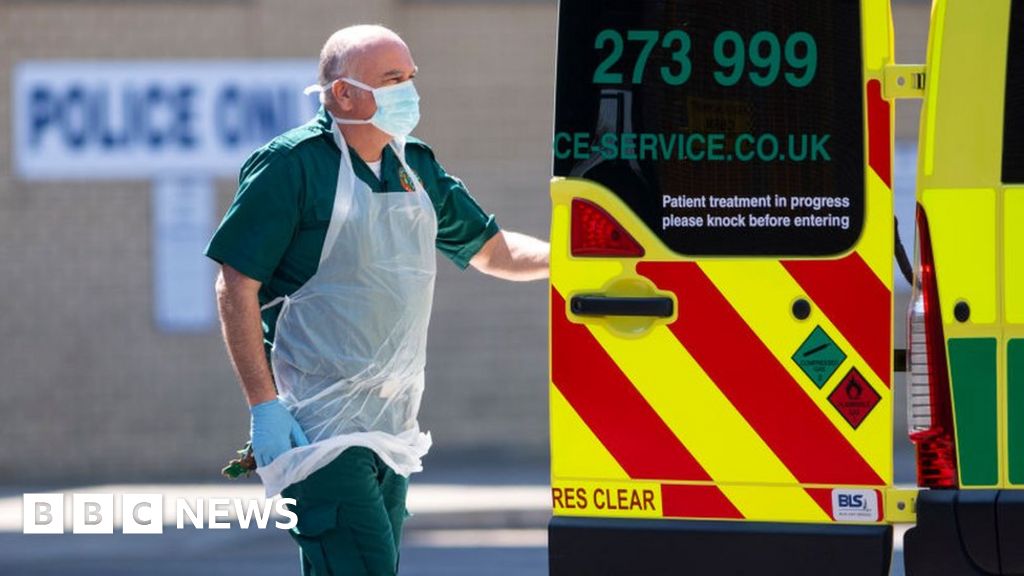 More than 20,000 people have now died with coronavirus in UK hospitals, the Department of Health has announced.

At the government’s daily briefing, the home secretary described the figure as a “tragic and terrible milestone”.

It has taken 51 days for the UK to go from announcing its first death to reaching the latest milestone.

The government’s figures do not account for deaths that have happened in care homes, at home, in hospices or elsewhere in the community. These are measured separately by the Office for National Statistics, based on death certificates, and a weekly figure is announced each Tuesday.

Last week that figure indicated that there were at least 1,662 deaths, up to 10 April, that were above the hospital-based number.

The fact we have now passed the grim milestone outlined by Sir Patrick Vallance in less than two months is both a tragedy for the families affected and a worry to the rest of the country.

There are strong signs – at least in hospitals – that we have passed the peak of deaths.

The fact that may have happened without the health service being overwhelmed in the way Italy’s was is at least some good news.

However, the deaths in care homes, which the daily figures from government do not include, are rising rapidly and could prove very difficult to get under control.

In fact, if we included them we would have passed the 20,000 mark some time ago.

Four other countries to date have announced an official number of coronavirus-related deaths exceeding 20,000 – the US, Spain, Italy and France.

Globally, confirmed coronavirus cases stand at more than 2.8m, with the figure of 200,000 deaths expected to be reached imminently.