UK past the peak of coronavirus, says PM 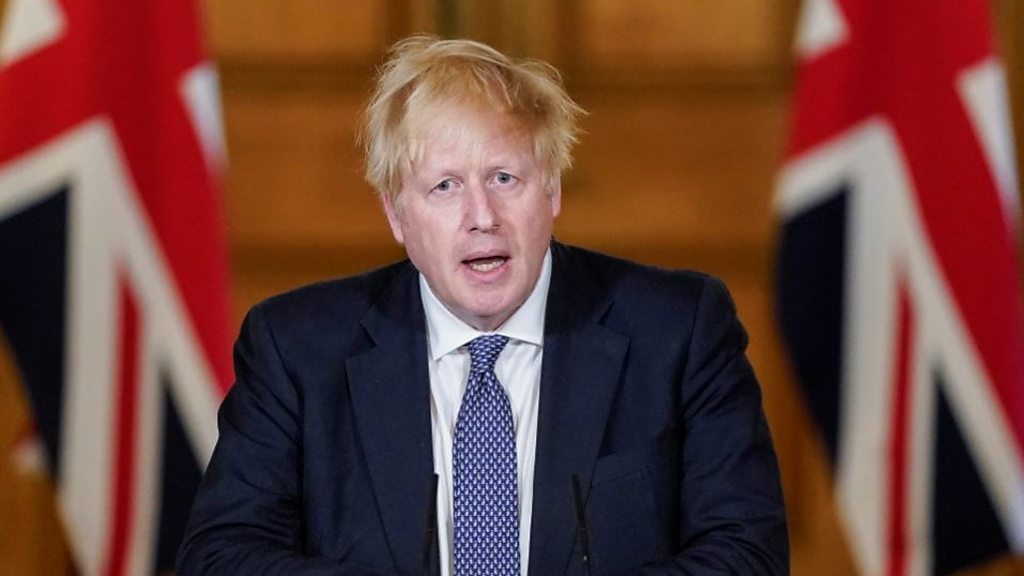 PM Boris Johnson said he will set out a “comprehensive plan” next week on how to restart the economy, reopen schools and help people travel to work beyond the coronavirus lockdown.

He said the UK was “past the peak” of the virus outbreak, but stressed the country must not “risk a second spike”.

Mr Johnson said face masks will be “useful” as part of the strategy for coming out of lockdown.

The prime minister said that “we can now see the sunlight”, but he insisted that to avoid the “disaster” of a second peak the UK must meet the fifth of five tests before the lockdown can be lifted.

“Nothing we do should lift the R or reproduction rate – back above one,” he said.

More than 81,000 coronavirus tests were carried out on Wednesday, still short of the government’s target of 100,000 by the end of April. Mr Johnson insisted: “We’re massively ramping up testing.”

Labour leader Sir Keir Starmer welcomed the prime minister’s commitment to outline a plan next week as “a step in the right direction”.

The reproduction number is a way of rating a disease’s ability to spread and represents the average number of people to which one infected person will pass the virus.

The BBC’s political editor Laura Kuenssberg asked what level the reproduction rate should be before the government would be “comfortable easing restrictions”.

The government’s chief medical adviser, Prof Chris Whitty, replied: “We are absolutely confident that the wrong answer is anything over one.”

He explained that as soon as the R rises above one you “restart exponential growth” and “sooner or later” the NHS would be at the risk of being overwhelmed.

Mr Johnson said that keeping the reproduction rate down “is going to be absolutely vital to our recovery”.

The prime minister’s claim that the UK is past the peak of the virus may surprise some given the big jump in deaths this week.

Those figures had been inflated by the retrospective inclusion of deaths in the community, mainly care homes, dating back to March.

And there is strong evidence from tracking hospital deaths – a sign of transmission in the general population – that the peak was actually seen on 8 April.

Since then, fatalities – when recorded by date of death – have been coming down.

In England the numbers being seen are half what they were then.

But it is, of course, a different story in care homes where the numbers are going up.

It is, effectively, two epidemics. One in the wider population that is coming under control and one in care homes that is raging.

Our correspondent Laura Kuenssberg also asked whether the economy “just has to wait” as the government continues with the lockdown in the UK.

The prime minister said it was “vital” to avoid a second peak “because that would really do economic damage”, adding that the UK must “unlock the economy gradually” while also finding ways of continuing to suppress the disease.

Mr Johnson said he would set out details next week to explain how to get the economy moving, get children back into school and childcare, how people can travel to work and how to make life in the workplace safer.

He said dates and times of each individual measure would be driven “by where we are in the epidemic”, and said the government was “being guided by the science”.

“What you’re going to get next week is really a road map, a menu of options,” Mr Johnson said.

The prime minister highlighted a coronavirus vaccine being developed by the University of Oxford, which it is hoped could be available for limited use by the end of the year.

But Mr Johnson said “until this day comes [when a vaccine is ready], we are are going to have to beat this disease by our growing resolve and ingenuity”.

Lockdown restrictions are due to be reviewed next week, on 7 May.

Mr Johnson also said face coverings will be “useful” as part of the strategy for coming out of lockdown “both for epidemiological reasons but also giving people confidence they can go back to work”.

Speaking at the No 10 briefing for the first time since recovering from the virus, the prime minister said: “I’m not going to minimise the logistical problems we’ve faced in getting the right protective gear to the right people in the right place, both in the NHS and care homes.

“But what I can tell you is that everyone responsible for tackling these problems – whether in government, the NHS, Public Health England or local authorities – we are throwing everything at it, heart and soul, night and day to get it right, and we will get it right.”

He added: “We have come through the peak, or rather we have come under what could have been a vast peak.

“As though we have been going through some huge Alpine tunnel, and we can now see the sunlight and the pasture ahead of us.”

Asked about the UK’s response to the pandemic, Mr Johnson said he thought it was “right to make our period of lockdown coincide… with the peak of the epidemic”.

But he added that the government was “learning lessons every day”.

The prime minister said he wanted to “wait until the end [of the pandemic] before making international comparisons” between the UK’s coronavirus death total and other nations.

“At the moment, I just think the data is not clear,” he said.

On testing, he said: “I think I’m right in saying… we are now doing about as much testing as any other country in Europe.

“I know we are supposed to deprecate these international comparisons but we have massively ramped up our testing operation, we are going to ramp it up further.”

The total number of deaths of people who have tested positive for Covid-19 in UK hospitals and the wider community is now 26,771, according to data published by the Department of Health and Social Care.

This is different to the total of 26,711 initially announced by Boris Johnson at the briefing.