UK ‘throwing everything’ at coronavirus vaccine 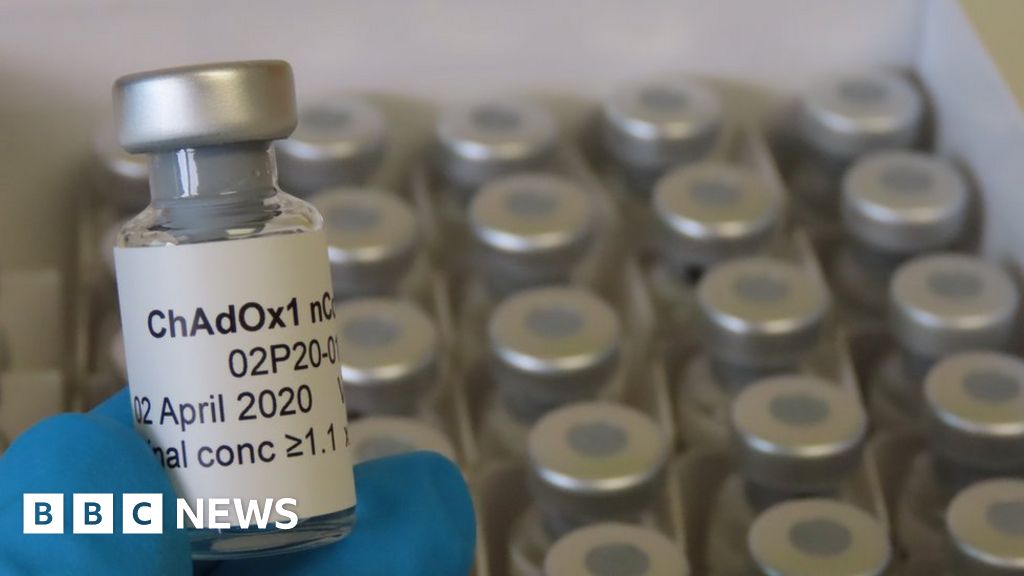 The government is “throwing everything” at developing a coronavirus vaccine, Health Secretary Matt Hancock has said.

He told the daily Downing Street briefing that human trials for a vaccine, developed by the University of Oxford, would begin on Thursday.

He also addressed the shortage of protective gear for the NHS, saying the government was talking to thousands of suppliers, but not all could deliver.

Labour said there was a “gap” between government words and reality.

Meanwhile the UK has recorded another 823 coronavirus hospital deaths – taking the total number to 17,337.

Official figures show deaths hit a 20-year-high in England and Wales in the week up to 10 April – nearly double what would have been expected – driven by 6,200 fatalities attributed to coronavirus.

These figures cover all settings, including care homes and deaths in the community as well as hospitals.

Mr Hancock told the No 10 briefing that “the best way to defeat coronavirus” was through a vaccine.

The process was “trial and error”, he said, but the UK was at the “front of the global effort” and had invested more money than any other country.

He said two leading vaccine developments at UK universities – Imperial College London and the University of Oxford – would receive a total of £42.5m to support their clinical trials.

“Both of these promising projects are making rapid progress and I’ve told the scientists leading them we will do everything in our power to support.”

He added: “After all, the upside of being the first country in the world to develop a successful vaccine is so huge that I am throwing everything at it.”

He said the operation to get PPE to the front line was “unprecedented”, describing it as “the biggest cross-government operation I’ve ever seen”.

The government was “investigating each lead” from UK based companies offering help, he said, but the “reality is not each of them who approach us can deliver on scale”.

There had been more than 8,000 offers of help from UK companies and the government was now working with 159 UK manufacturers, he added.

He also said the UK was in “direct talks” with companies abroad to buy items, especially in China.

Labour leader Keir Starmer said there was a gap between the government’s words and reality, in relation to the delivery of PPE.

He told the BBC: “It would be a struggle for any government to get exactly the right kit to the right place at the right time. But what we’re seeing here is an increasing gap between what the government says or thinks is happening and what the frontline are telling us.

“This gap has to be closed as soon as possible because people are putting their lives literally on the line when they’re going to work – they need the proper equipment in the right place.”

The Government’s Scientific Advisory Group for Emergencies (Sage) met on Tuesday to consider whether people should be urged to wear masks in a bid to combat coronavirus.

Prof Jonathan Van Tam, the deputy chief medical officer for England, said Sage’s advice would now be given to ministers but he declined to comment on what it would be.

Speaking at the No 10 briefing, Mr Van Tam said Sage was keeping the evidence under review and would change the advice if they felt the evidence warranted that.

He added: “There is an absolutely enduring principle here that Sage places great value and prime importance on never jeopardising the supplies of PPE to our health and social care workers.

“That is a line that we are not going to cross.”

The World Health Organization (WHO) has said there is no evidence to support the use of face masks by the general population.

But the debate around their use in the UK has been gaining momentum in recent weeks, with proponents arguing they can help reduce the risk of people with the virus passing it on to others.

UK ‘not out of danger’

Prof Van Tam also said the latest figures showed the number of people in hospital with Covid-19 had started to decline in London but not elsewhere in the country.

“It shows that we are not out of danger at this point, and that the curve is flat, but not very clearly going down in many parts of the country,” he said.

“I’m sure it will go down in the days and weeks that follow, but we must keep pushing on this, and we must bend that curve, through our actions.”

He added that the number of new cases in the UK varied day to day but “remained high”.

Meanwhile, Prime Minister Boris Johnson has spoken to Donald Trump as he continues his recovery from coronavirus.

A No 10 spokesman said Mr Johnson thanked the US president for his good wishes while he was unwell and they agreed on the importance of a co-ordinated international response to the pandemic.