What are key workers paid? 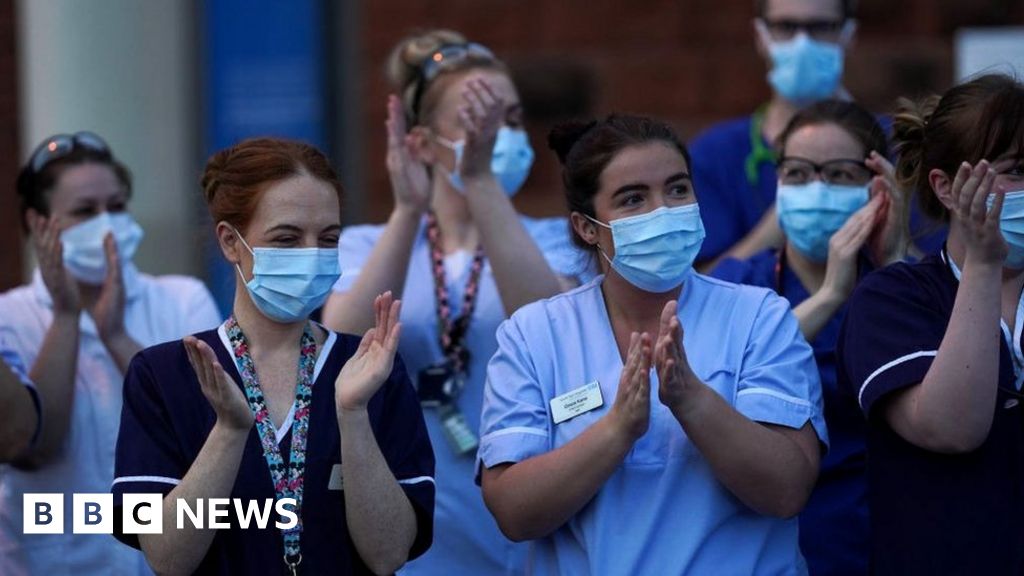 Every Thursday evening the UK is clapping for NHS staff, carers and other key workers. But many are on low pay.

Labour leader Keir Starmer said that many key workers are “overlooked and underpaid”, while the Liberal Democrats have called for front-line health and care workers to receive a £29-a-day reward.

Key workers are the individuals recognised by the government as being critical to the running of the country, ranging from NHS and care workers to delivery drivers and shop workers.

How much are they paid?

Across the UK, the median salary for all full-time employees is £30,353.

We use the median income – the salary right in the middle of all employees – because, unlike the (mean) average, it doesn’t get pushed up by the small amount of extremely well-paid individuals at the top. It can therefore be seen as a better indicator of the “typical” income.

Breaking that down by individual occupations, using the Office for National Statistics’ annual earnings survey, provides a detailed picture of key workers’ pay, as well as their higher and lower pay brackets.

Nurses and primary teachers are paid just above the median income, while doctors and pharmacists earn substantially above it.

However, working out average salaries is an inexact science with various factors affecting pay – like overtime, part-time work or extra money for working in an expensive area.

Low income employees, for example, are more likely to work part-time or hour-by-hour (such as through zero-hour contracts). This means a large number will not earn anything close to their occupation’s full-time median income.

The ONS estimates that the hourly pay for a care worker, cashier or shelf stacker is under £9 – which is more or less in line with the minimum wage (£8.72 for those aged 25 and over). But that falls short of what the Living Wage Foundation charity calculates is necessary to meet basic needs. It recommends £9.30 – or £10.75 in London.

According to analysis by the BBC’s Shared Data Unit, hundreds of thousands of key workers earn below that.

Who decides their pay?

The government plays a large role in the pay of individuals working in the public sector – that’s anyone whose job is directly funded by taxes.

Police officers, nurses, civil servants and teachers all have representatives who work with government departments, unions and other groups to come up with annual recommendations on how much pay should change.

The government sets “remits” on these boards.

Between 2011 and 2018, most public sector pay was either frozen or capped at 1%, as part of the government’s austerity measures aimed at reducing the deficit.

This meant that as prices increased with inflation, salaries did not keep up.

The government has less control over private sector pay.

This includes people who work in transport, supermarkets, postal and courier services.

It also includes most care home staff and any services (such as cleaning or catering) the NHS might outsource.

The government does not directly set their wages, but they can lower taxes, provide benefits and increase the minimum wage.

Will there be a change to pay?

The government has made no direct pledge on key worker pay during the coronavirus crisis.

NHS salaries have already been set for this year as part of a three-year package established in 2018. This will have seen most NHS staff receive a minimum pay increase of 6.5% over the three years, but some lower paid staff receive substantially more.

Other pay boards have not given their recommendations for 2020-21 yet, but recent decisions on public sector pay include:

Additionally, the minimum hourly wage increased by 51p on 1 April, although the increase was less once we account for inflation.

The Conservatives pledged to increase this to £10.50 by 2024, which would see weekly minimum wage salaries increase by £80 (if someone worked 35 hours).

Some private companies, including supermarkets and delivery services, have already increased pay for staff during the coronavirus crisis.