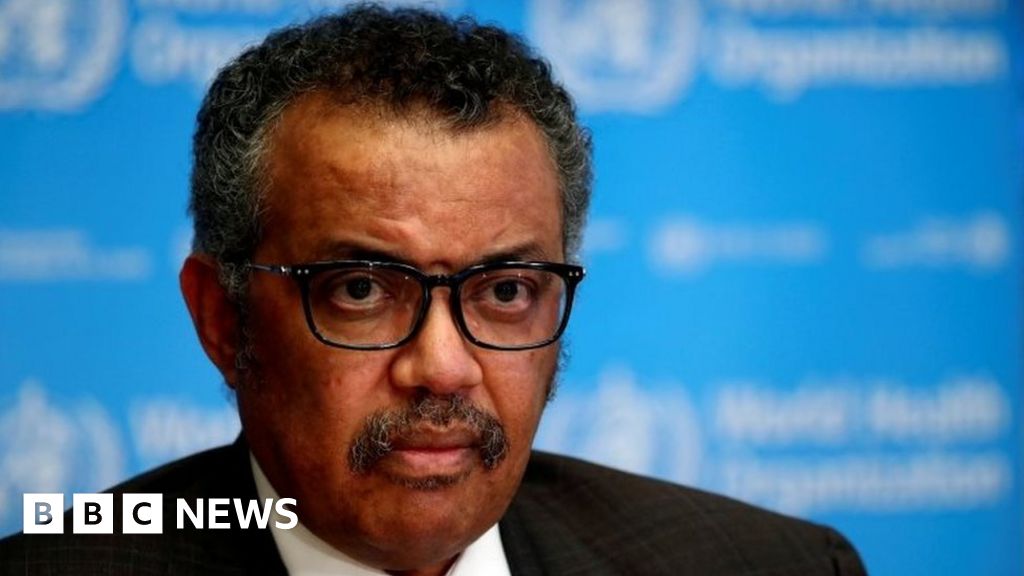 The World Health Organization says it “didn’t waste time” responding to the coronavirus after facing criticism for its handling of the outbreak.

Its head Dr Tedros Adhanom Ghebreyesus said the WHO’s declaration of the virus as an international health emergency on 30 January gave “enough time for the rest of the world to respond”.

At the time there was only 82 cases outside China and no deaths.

Today there are more than 3.2m cases and 234,000 deaths recorded worldwide.

US President Donald Trump has said the WHO “really blew” its response and accused it of bias towards China.

The US is the global health body’s largest single funder and President Trump says he will halt funding.

Speaking at a news conference on Friday Dr Tedros offered a vigorous defence of how the organisation responded.

He insisted the WHO used the time before the declaration wisely, including visiting China to learn more about the virus at its origin.

Dr Tedros confirmed that the pandemic remained a “public health emergency of international concern”, three months after it was declared one.

Such a declaration is made under an “extraordinary” event and requires a global response.

Dr Tedros described “grave” worries over the potential impact of the virus as it accelerates in countries with weaker health systems.

Officials said they had seen worrying increases in a number of these nations – including Haiti, Somalia and Sudan.

The WHO also urged caution among nations relaxing their social distancing measures, stressing the importance of monitoring for new jumps in infections as lockdowns are eased.

Dr Tedros was also asked again about relations with the United States, insisting the UN agency remained in “constant contact” with the country.

On Thursday the President Trump appeared to undercut his own intelligence agencies by suggesting he had seen evidence coronavirus originated in a Chinese laboratory.

The WHO’s head of emergencies, Dr Michael Ryan, addressed the claim on Friday.

“With regard to the origins of the virus in Wuhan we have listened again and again to numerous scientists who’ve looked at the (genetic) sequences, looked at this virus, and we are assured that this virus is natural in origin,” he said.

Dr Ryan also added that it was “important” to learn more about how the animal host and understand how the virus jumped from animals to humans.

China has rejected the lab theory and criticised the US response to Covid-19.

In other developments around the world: