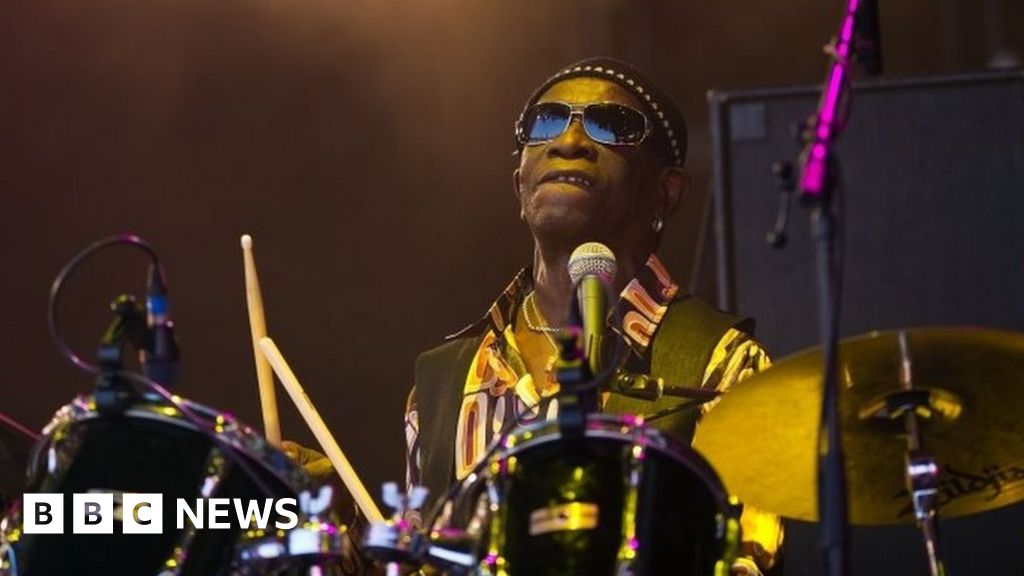 Eric Trosset told NPR radio that he had died of a heart attack. AFP said his death was not linked to coronavirus.

Allen was the drummer and musical director of musician Fela Kuti’s famous band Africa ’70 in the 1960-70s.

Fela, as he was widely known, died in 1997. He once said that “without Tony Allen, there would be no afrobeat”.

Allen has also been described by UK musician Brian Eno as “perhaps the greatest drummer who has ever lived”.

Allen’s career and life story were documented in his 2013 autobiography Tony Allen: Master Drummer of Afrobeat,

He said he learnt his technique by listening to American jazz drummers Art Blakey and Max Roach.

Allen first met Fela in 1964, and they went on to record dozens of albums in Africa ’70, including Gentleman and Zombie.

Allen left the band in 1979, after reported rifts with the band leader over royalties. Fela needed four separate drummers to fill the void.

Allen emigrated to London in 1984, and later moved to Paris.

He collaborated with a number of artists during his long music career, and was the drummer in The Good, the Bad & the Queen, with Damon Albarn, Paul Simenon and Simon Tong.

What are your memories of Tony Allen? Did you meet or work with him? Share your stories by emailing [email protected].