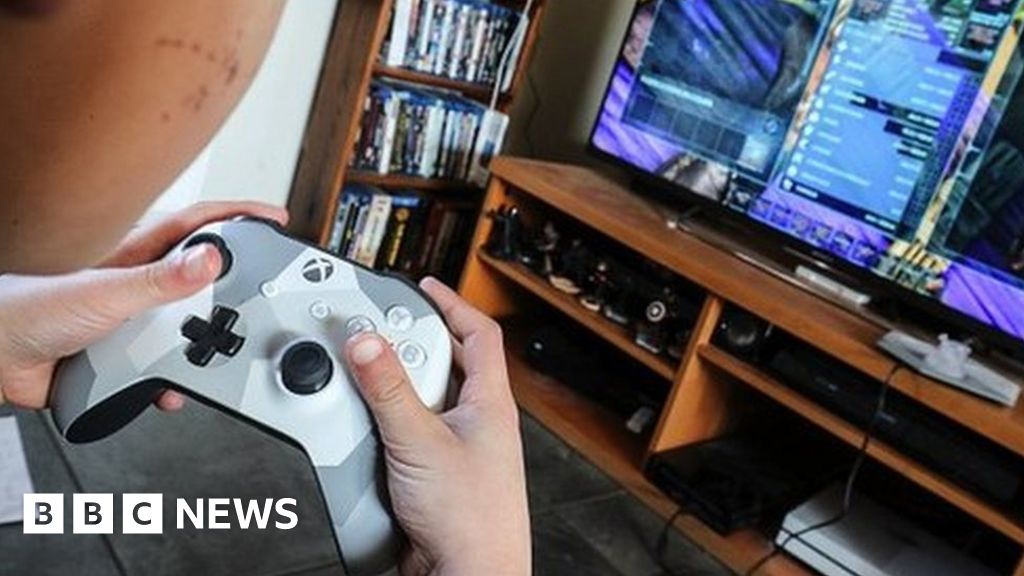 “Just another hour. Please!” It’s a sentence that’s been heard in every household with a games console.

Ever since the World Health Organisation classified gaming addiction as a disorder in 2018, the discussion about how much gaming is healthy has taken on a greater significance.

It’s not just how long people are playing for, either. Questions about who they’re playing with and how much money they’re spending are also being asked more often.

From screen time limits to content filters, Xbox are hoping a new app will help families with their household gaming dilemmas.

“We want to provide an easy and convenient way for parents and families to manage their gaming experiences,” says Dave McCarthy, one of the brains behind the project.

Newsbeat has been given a demonstration of how the app will work.

It’s aiming to be easy to use while also giving parents and guardians the control they want.

“There’s such a fine balance between providing enough choice and not overwhelming people,” says Dave.

“We’ve optimized for simplicity first. We’ve said, we just want it to be dead clear what you want to do.

“Time to Minecraft was literally how we measured it.

“How quickly could we get somebody who was using our family settings and parental controls into Minecraft online, having fun and being safe?”

The Xbox Family Settings App will allow parents and guardians to set limits on how long their children can play for each day and give weekly activity reports.

It will also allow users to filter out age restricted games, and place limits on online communication too.

The app is a way to help families make the choices that are right for them, rather than dictate a set of rules, Dave says: “We provide choice and easy access.

“We want to encourage that balanced approach to gaming, so that it’s part of an active and entertaining life, but like a lot of things – everything in moderation.”

For some, the gaming industry as a whole was slow to respond to the WHO decision in January 2018, and some game developers were criticised by a committee of Westminster politicians in 2019.

Earlier this year the trade body that represents the games industry in the UK set up a new website and started a campaign to encourage families to talk about healthy gaming habits.

The app is Xbox owner Microsoft’s latest attempt to promote a message of responsible gaming.

Dave recognises that many of the controls the new app provides have been available to users for some time, but accessing them wasn’t always straightforward enough for many parents.

“The motivation to go to the mobile app in the first place is because, for better or worse, these things are around us all the time.

“Our mission is to make this easy and convenient and hopefully the app feels like a step in the right direction.”

This preview version of the app is available now for all Android users and the first 10,000 downloaders on iOS.

The full release won’t happen until later this year and Dave says they’re hoping to find out if people want more control over things like in-game purchases and managing friends lists. He says: “I anticipate that’s the sort of responses we’re going to get.

“They’re the obvious areas that are not in there quite yet which we’ll be working on -assuming that’s the feedback.”

“We recognise that gaming plays such an important role in so many aspects of our social life and development.

“This is just an ongoing journey of innovation, and as we welcome more and more people into gaming, hopefully this will show you can achieve a balance – and games can play a really productive role in your life.

“We can be really proud about this art and technology that we love so much.”